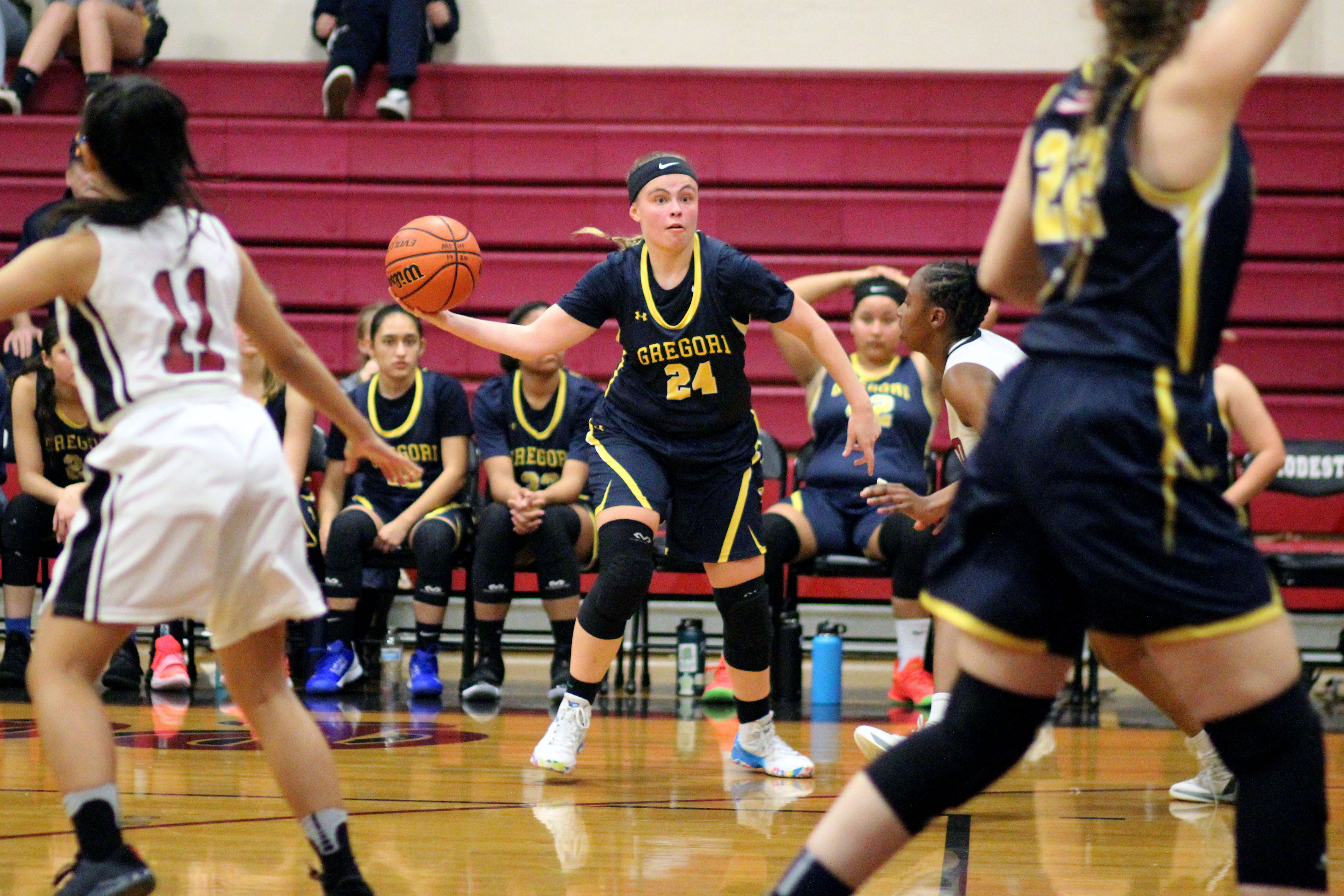 MODESTO — Gregori senior Savannah Turner is known around the Central California Athletic League as a scorer. The 5-foot-6 senior leads the CCAL in points per game and three-pointers made.

But she also leads the loop in assists, and if you watch her play, you realize quickly that Turner enjoys setting up her teammates for a bucket just as much as she does making them herself.

“I always think, ‘pass first,’ said Turner, a four-year varsity player. “If there’s an open shot, take it, but if there’s a person wide open, give it to the other person. I don’t want to take the shot if it’s open down low. Take the easy shot.”

Despite her penchant for setting up others, Turner has achieved some serious scoring milestones. She eclipsed the 1,000-point plateau for her career last week with a 25-point effort in a 61-44 victory over Enochs, and stands at 1,013 career points after scoring 10 in a win over Modesto on Jan. 30.

Midway through her junior campaign, Turner eclipsed the school record of 652 points, held by Emilee Vandyke (Class of ’14).

Just don’t expect to hear Turner talking about it any of this.

“She’s quietly assertive, she’s quietly a captain, she’s quietly hit her thousand points,” said Gregori head coach Marissa Shull. “We didn’t even know (she reached 1,000) until at the end of the game on Tuesday, her dad came up and said, ‘Hey, by the way …’

The Jaguars are going to need Turner to continue to be a scorer and a facilitator if they’re going to capture their first CCAL title and make a run in the postseason.

The Jags are locked in a three-way tie atop the league standings with Pitman and Turlock at 5-1. Gregori travels to take on Pitman on Tuesday — both have games remaining with Turlock — and the loser will be in a tough spot heading into the final week of the regular season.

“Hey, we want to win the CCAL … go the playoffs, get past the first playoffs into NorCals,” said Turner. “We haven’t won the championship in six years, I think, so that’s our goal since Day 1.”