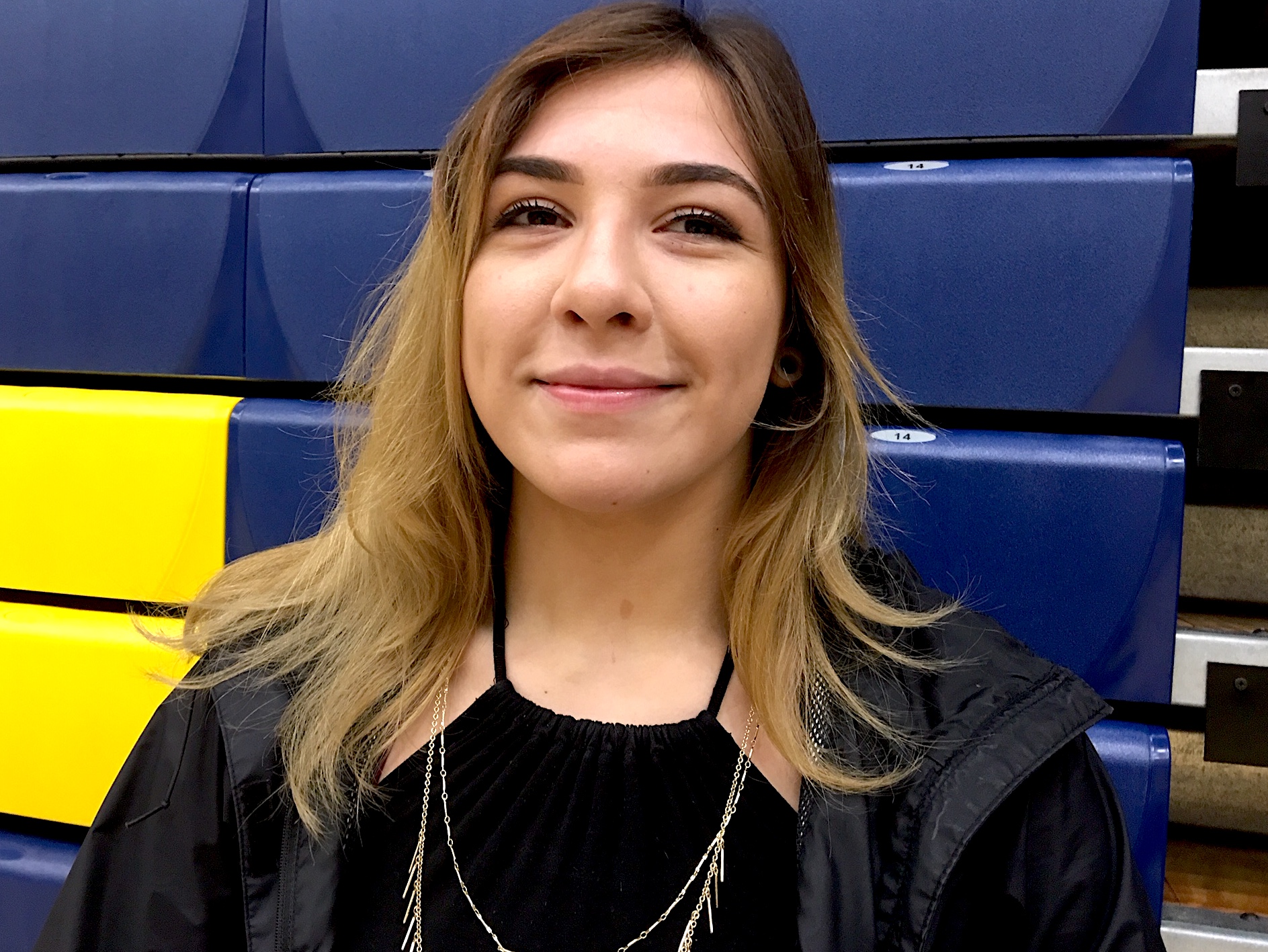 Gregori senior Liliana Vergara is 15-0 and ranked No. 7 nationally at 164 pounds. (Ron Agostini)

Her double armbar is undefeated, but can Gregori star ride it to a state title?

“The conclusion is sad. Four years have gone by so fast,” the Gregori senior said before the Jaguars’ home dual meet Wednesday night against Turlock. “Now it’s time to wrap it up.”

Before Gregori graduates this spring, she will have left a large footprint. She’s already a two-time Sac-Joaquin Section Masters champion, a two-time divisional winner and, as a junior, a runner-up at the CIF Girls Championships. This season, she’s 15-0 against girls competition (14 via pin)  and  No. 7 in the nation at 164 in rankings sanctioned by the National Wrestling Hall of Fame, USA Wrestling and Flo-Wrestling.

Only one goal is left — the state title.

Last year in Visalia, she was majored 8-0 in the 150-pound final by Selma’s Jerzie Estrada. There’s a good chance those two will be seeded in different weight classes this season. The door appears to be open for Vergara.

“I want to win a state title,” Vergara said. “That’s my main goal and main focus.”

Her campaign was launched probably with that loss in the state final. Since then, she’s been virtually unstoppable. She placed fifth in folkstyle at the Oklahoma Nationals and followed it with a first in folkstyle and fourth in freestyle in another national competition in Idaho.

Vergara can’t find much female competition locally in her weight class, hence her six matches vs. boys this season. She’s broken even in those matches and one fact remains abundantly clear – her double armbar usually leads to a fall.

The Napa Valley Classic, billed as the nation’s largest girls meet, featured Vergara at her best. Locked in a taut title match against former nationals teammate Alia Abushi of Arroyo, Vergara led 2-0 until she double armbarred Abushi for a fall with 38 seconds left.

Vergara forms the hub of a wrestling revival at Gregori.  Mike Cantwell, who retired in 2015 after a stellar 25-year run at Grace Davis and Gregori, unretired this year to the delight of the Jaguars.

Gregori, which struggled on the mat since Cantwell’s exit, has planted the seeds of a comeback. Three senior captains – Conner Daniel, Trent Rodenborn and Vergara – have anchored the Jaguars.

“She and Trent have the most experience on the team,” Daniel said. “You’ll usually see her helping out guys who are struggling. She’s a great athlete.”

Cantwell takes it a step further.

“Liliana is like our fourth coach. When she’s not training or competing or working out, she’s helping us coach,” Cantwell said. “She leads the room.”

Vergara has parlayed composure, strength and experience into major success. Her victories this season at Napa, Turlock’s Bulldog Classic, Folsom and the Sierra Nevada Classic at Reno burnished her reputation.

She attributes passion and hard work – she trains five days a week year-round – to her brilliance this season.  Wrestling has been a focal point of her life since sixth grade.

When the boys and girls merge for the first time in the CIF Championships next month in Bakersfield, Vergara hopes to be there.  She wants to end it with glory.

Three girls in the area besides Vergara are nationally ranked: Pitman freshman Lilly Freitas (sixth at 144), Turlock senior Hailey Ward (19th at 100) and Oakdale junior Faalia Martinez (19th at 138). … Vergara is scheduled to compete Saturday at the Gregori Invitational, a varsity girls and junior varsity meet formerly held at Enochs. … Another major competition Saturday is Pitman’s annual Rumble in the Jungle. The finals should begin around 3 p.m. … Turlock senior heavyweight Mike Jeffus and Vista del Lago senior Justin Ramos have built a fascinating rivalry. Ramos, ranked first in the section and second in the state, has split four matches with Jeffus this season. Jeffus, ranked second in the section and third in the state, knotted the score with a 2-1 win in the finals last weekend at the Tim Brown Invitational. A point for stalling was the difference.