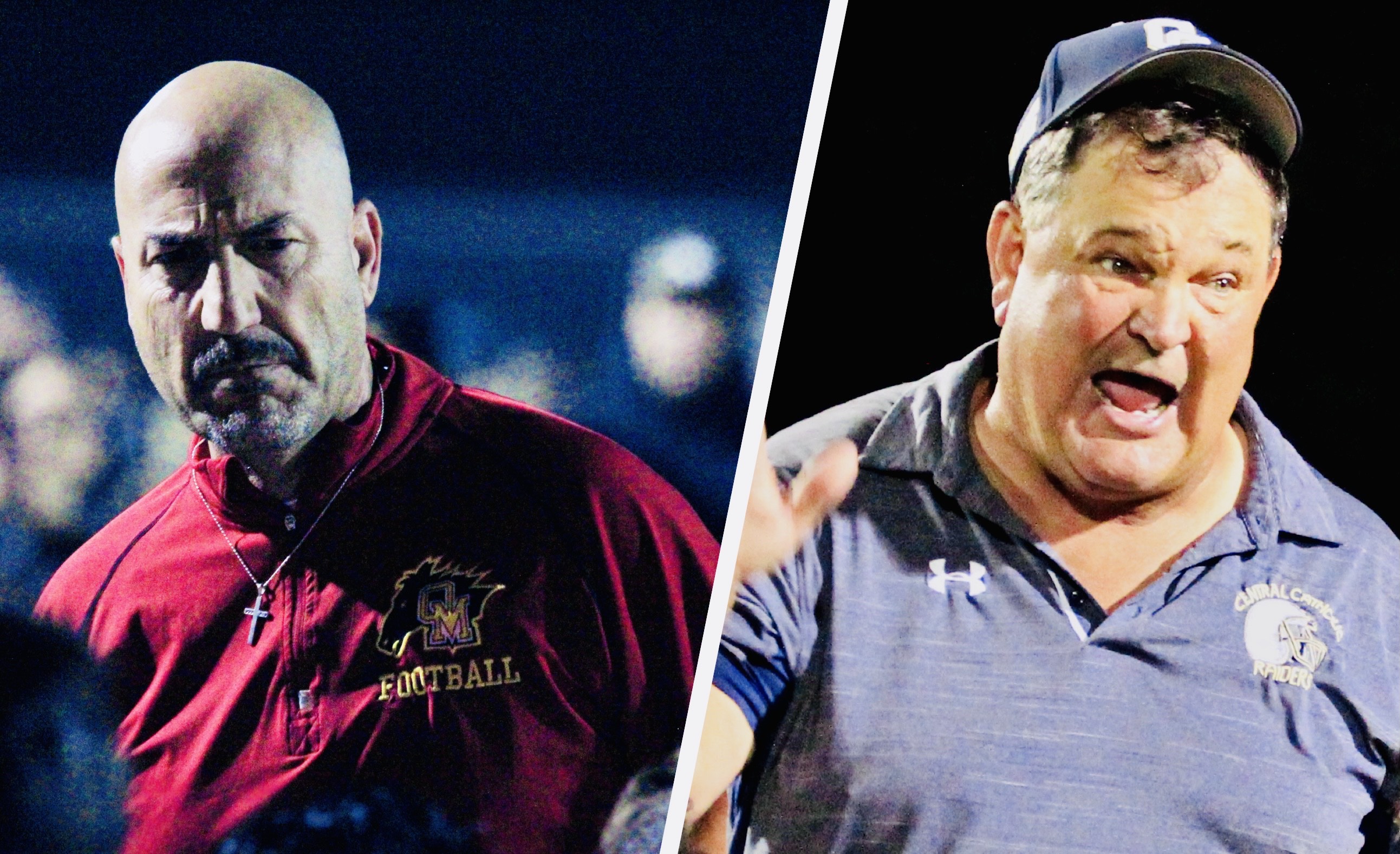 Since Central Catholic joined the VOL in 2014, the Raiders and Oakdale Mustangs have won four league titles apiece, including a share of the crown twice. (Samantha Schmidt)

The record shows that when Central Catholic and Oakdale collide, the victor finishes with at least a share of the Valley Oak League championship.

And that showdown looms Friday night at the Mustangs’ Corral.

“If you can’t get ready for this one, you shouldn’t be playing football,” Raiders coach Roger Canepa affirmed.

Since CC rejoined the VOL in 2014, it’s tangled with Oakdale and Manteca for VOL supremacy. The trio shared the title in 2016 and ’19, Oakdale won it in ’14 and ’17, and the Raiders climbed to the top in ’15 and ’18. Which means CC and Oakdale once again will push their chips to the center of the table Friday night.

The VOL race, usually as predictable as a metronome, experienced its first new beat in years last week. Kimball (5-0, 2-0), led by undersized but exciting senior quarterback Nicholas Coronado, outlasted Oakdale 63-56 – it was the Mustangs’ first road game -- in a shootout not decided until the final seconds.

“Tip of the hat to Kimball. It was a great game that came down to one play or even one minute,” Oakdale coach Trent Merzon said. “We’re practicing just like we did last week. Our kids always practice well. If you approached this week different, then we approached last week wrong.”

“We’re averaging (51) points a game and the quarterback has a lot of responsibility for that,” Merzon said. “We are explosive on offense.”

Central Catholic (4-1, 1-0) will counter with a team hardened by a rigorous schedule. The Raiders have overcome a season-ending injury to quarterback Dominic Perino – incurred during the first half of the win over St. Mary’s – thanks to 6-5 sophomore Tyler Wentworth.

Like Oakdale, Central Catholic sits only a bounce of the ball away from an unbeaten record. The Raiders lost in the final moments at Bellarmine.

“There are four teams that have a chance to win it. Now you have to add Kimball. It was going to happen eventually,” Canepa said. “We’re more balanced than we’ve been in a few years. Tyler has done a great job.”

Oakdale has won four of the seven meetings with CC since 2014.

American Chevrolet Athlete of the Week