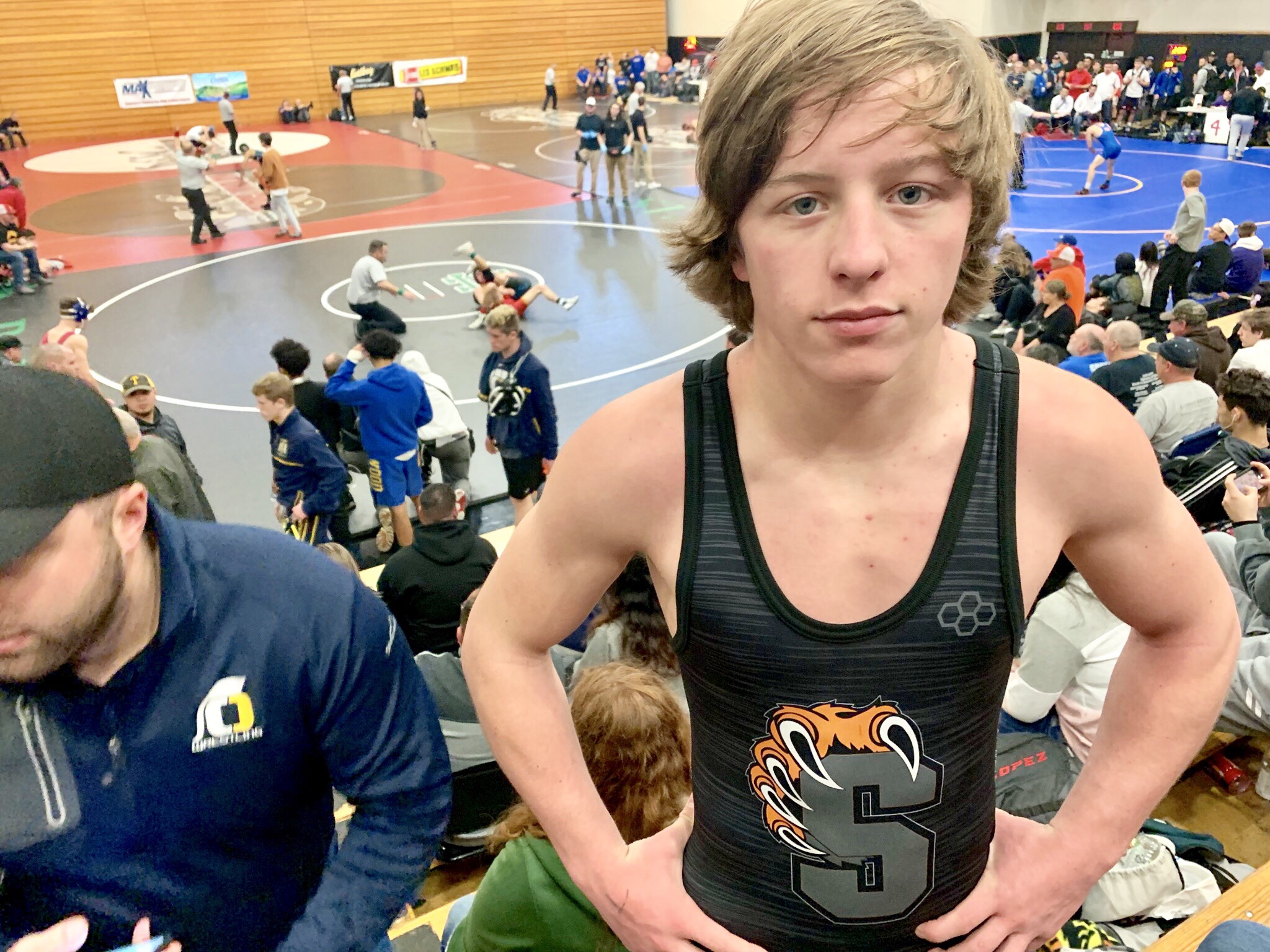 Summerville senior Brennan Dibble arrived at the Sac-Joaquin Section Masters with a lofty sectional ranking and state experience, but an ankle injury in the first round has put his season on the brink.

'I felt it pop.' Ankle injury forces state hopeful to take the long way at Masters.

The Sac-Joaquin Section Masters meet began with Summerville’s Brennan Dibble being carried off the floor by his coaches, a warning shot to all of its combatants.

To win here is a test of skill and talent, but most of all, pain threshold and perseverance.

A returning CIF State qualifier chasing school history, Dibble had his season pushed to the brink just moments into his opening match in the 120-pound tournament. Folsom’s Mazin Samara, unranked in the section, dove at Dibble’s feet, wrenching at his ankle. Dibble “felt it pop,” forcing his corner to throw in the towel.

Samara advanced with the injury default as Dibble’s cheer section — seated just above Mat One — collectively held its breath. As Dibble was carried off the floor at Delta College’s Blanchard Gymnasium, he wondered if his promising senior season would end on the trainer’s table before the second round.

“My focus this season was to make it to State because no one has done it twice,” Dibble said.

He qualified for the CIF State Championships as a junior but was quickly eliminated, losing his first two matches in an eye-opening experience. Since then, he’s attacked each match with a single-minded focus: To become the first wrestler in school history to qualify for State twice.

That thought, plus a little ice, helped him get off the trainer’s table. Dibble said his confidence was restored as mobility slowly returned to his ankle.

“I was going to wrestle as long as I started feeling better,” he said, “so I decided to keep going.”

Dibble returned to the 120-pound bracket with a third-round pin of Atwater’s Malachi Jensen. There was little satisfaction in his camp after the match.

Like all of those in the consolation bracket, Dibble has work to do. He’ll need to win four more matches to return to Bakersfield’s Rabobank Arena, the site of the CIF State Championships.

Only the Masters’ top-six placers advance to state.

“Going to State, this ankle will make it tougher,” he said, “but it’s doable.”