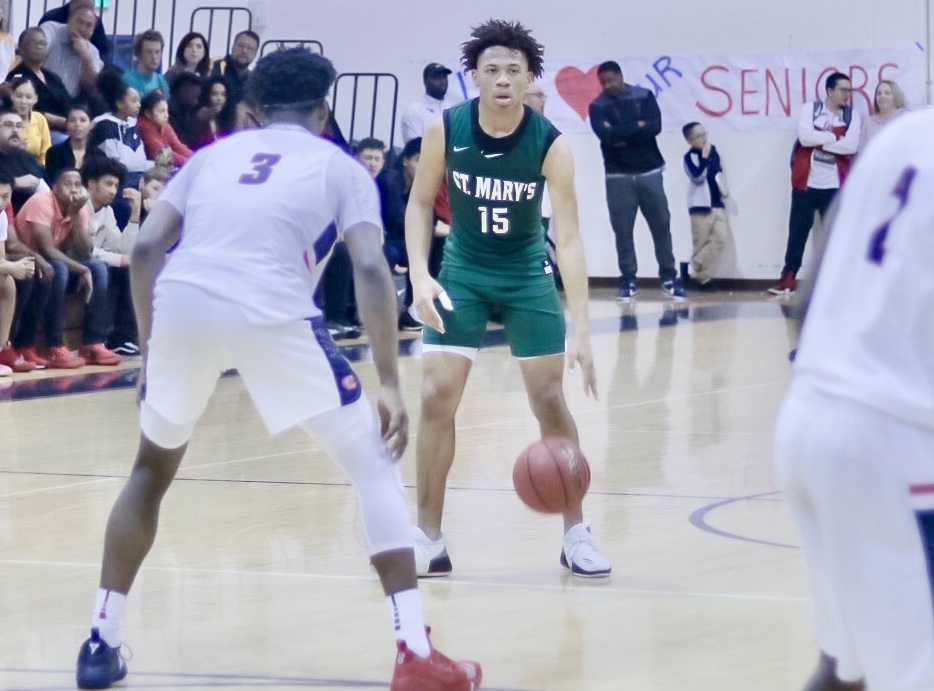 It ain't over until it's over: Nation's longest league winning streak lives on

On Feb. 1, the St. Mary’s boys basketball team delivered a stunning upset of Modesto Christian, and the victory sent shockwaves throughout the nation.

The Sac-Joaquin Section office confirmed Wednesday afternoon that St. Mary’s used an ineligible player in the 60-54 victory and forfeited a total of seven Tri-City Athletic League contests. The Rams self-reported the infraction after performing an internal grade audit, said Will DeBoard, assistant commissioner of the section.

The forfeits don’t jeopardize St. Mary’s playoff position. The section asked MaxPreps to re-run its rankings report with the seven games reported as losses. St. Mary’s, which received the No. 3 seed, still qualified for the Division II tournament with a No. 9 ranking.

“They aren’t being removed from the bracket,” DeBoard said.

Instead, St. Mary’s will receive a punishment similar to Sheldon, the top-seeded team in the Division I tournament. The Huskies forfeited four Delta League games when it learned one of its players competed in a Sunday adult league. The section chose to keep Sheldon at No. 1, but is forcing the Huskies to travel. Sheldon began the tournament Wednesday at No. 17 Modesto.

The Rams will host Wednesday’s opener with No. 14 Granite Bay, but like Sheldon, will travel the rest of the way, even to lower-seeded teams. For instance, if higher seeds prevail, St. Mary’s will play at No. 6 Burbank in the second round.

With the forfeits, St. Mary’s also relinquishes its share of the TCAL title. Modesto Christian is the outright league champion. But, the question is, does it retain its national-best and state-record league winning streak.

The streak began in the 1990s, long before any of the current players were born, following a season-ending loss to Mariposa on Feb. 20, 1996. It continued for nearly 23 years, spanning three coaching changes (Gary Porter, Richard Midgley and current coach Brice Fantazia) and four league affiliations.

Then St. Mary’s strode into town. The Rams rode an electric performance from guard Jamar Marshall. Harassing the Crusaders with his ability to finish around the rim, Marshall scored 14 of his team-high 24 points in third quarter as St. Mary’s snapped the streak at 194 consecutive games.

Upon learning of the news, Fantazia was seemingly unconcerned about the forfeit and what it means to his program. His focus is on the postseason. The Crusaders, the reigning Division I champions, are seeded third in the D-I tournament and open against Chavez of Stockton on Wednesday.

It begs the question, though: Does the streak still exist?

Well, it depends on whom you ask.

Cal-Hi Sports, home to the most extensive high school sports record book in the state, does not count forfeits, only on-the-field results. By that measure, the Crusaders’ streak, the longest-ever in the state, ended on Feb. 1.

However, the section, which does not keep records of that sort, does acknowledge the game as a victory for Modesto Christian. By that measure, the Crusaders’ streak now sits at 196 games and counting.

When pressed for comment, Fantazia remained consistent in his approach to league play and the streak. Only the postseason matters, he says: “I don’t have any comment. I’m in playoff mode.”