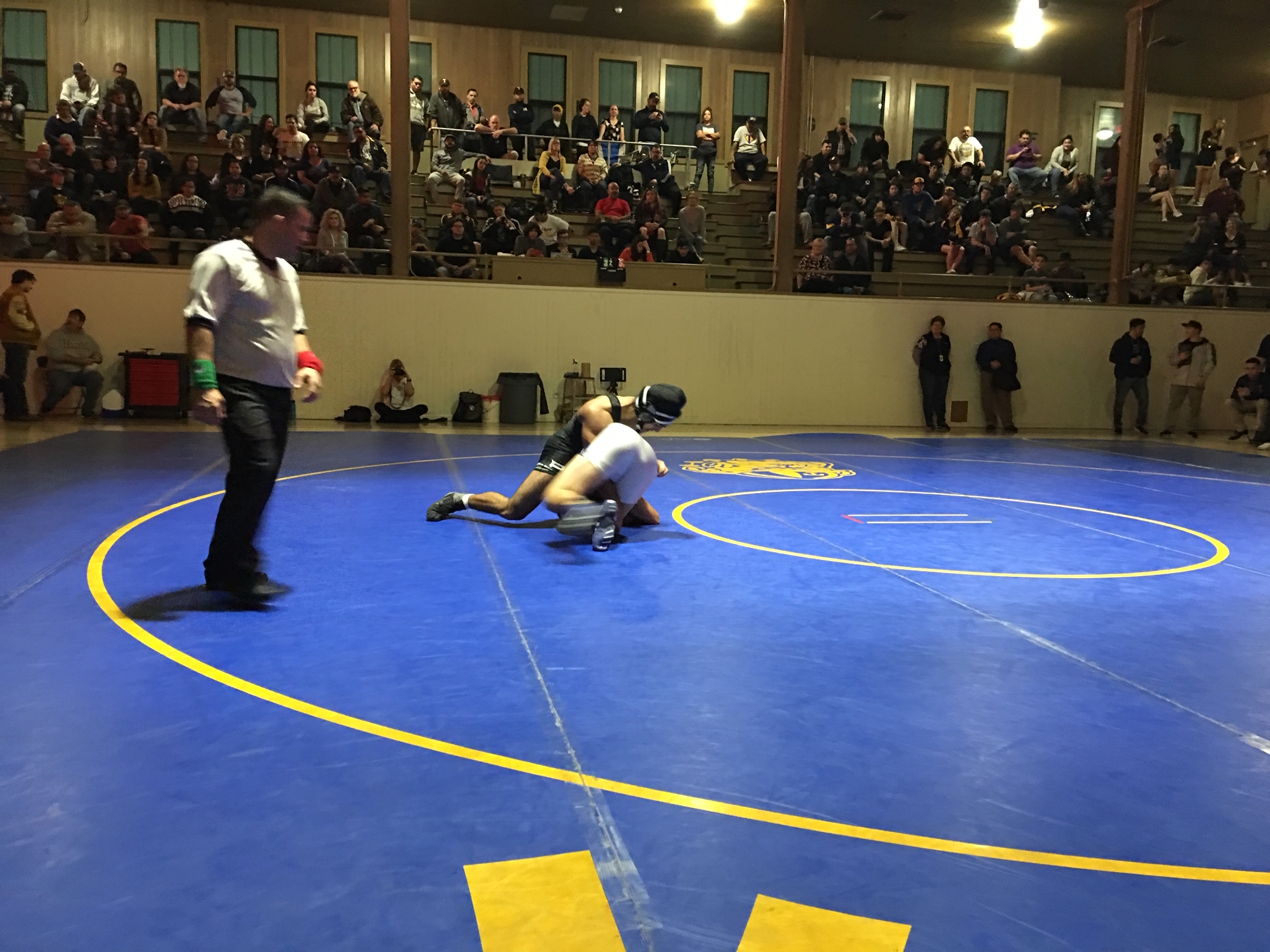 TURLOCK – Two solitary lights illuminated the mat below while the fans sat far above, a scene straight out of Hoosiers.

Louise Marchant Gymnasium, completed in 1930, was the original Turlock High fieldhouse. It now serves as one of California’s unique wrestling venues, and it was the scene Wednesday night for one of the area’s most pivotal dual meets.

Pitman leaned hard on its talent in the middle weights and clinched the Central California Athletic League dual-meet title with a convincing 38-21 victory over intra-city rival Turlock. Both teams were unbeaten in CCAL matches, and there was a winner-take-all feel to the showdown.

The floor shook during the meet’s exciting moments, but it was the Pride which roared at the end. Jaron Azevedo (195), ranked second in the Sac-Joaquin Section in his weight class, clinched the victory with a 7-1 decision over Cameron Machado in the night’s next-to-last bout.

Pitman (5-0) used its deeper lineup to erase an early 18-9 Turlock lead. The momentum switched when senior Nolan Lok (138), who also will swim for the Pride in a few months, pinned Jose Diaz late in the second round.

“I was very nervous. I found out only two days ago I was going at 140,” Lok said. “I had to lose some weight, so there was a lot of water. I was hydrated and ready.”

Moments after Lok’s victory, Pitman’s Sammy Silveria (145) won by fall to put the Pride ahead to stay.

Turlock (9-3, 4-1), which honored its veterans on Senior Night, had a fighting chance. The Bulldogs were ranked 25th in the state, compared to Pitman’s 15th, but they needed an upset or two.

The teams traded forfeit wins for arguably their best -- Turlock heavyweight Michael Jeffus and Pitman junior Izzy Tubera (120). The meet featured conspicuous talent. Five were ranked in the state top 11, and 11 were listed in the section’s top 10.

Pitman qualifies as the CCAL’s top seed to the section team duals on Saturday at Stockton’s Lincoln High. The Pride will compete in a stacked Division II, while Turlock will advance in D-I.