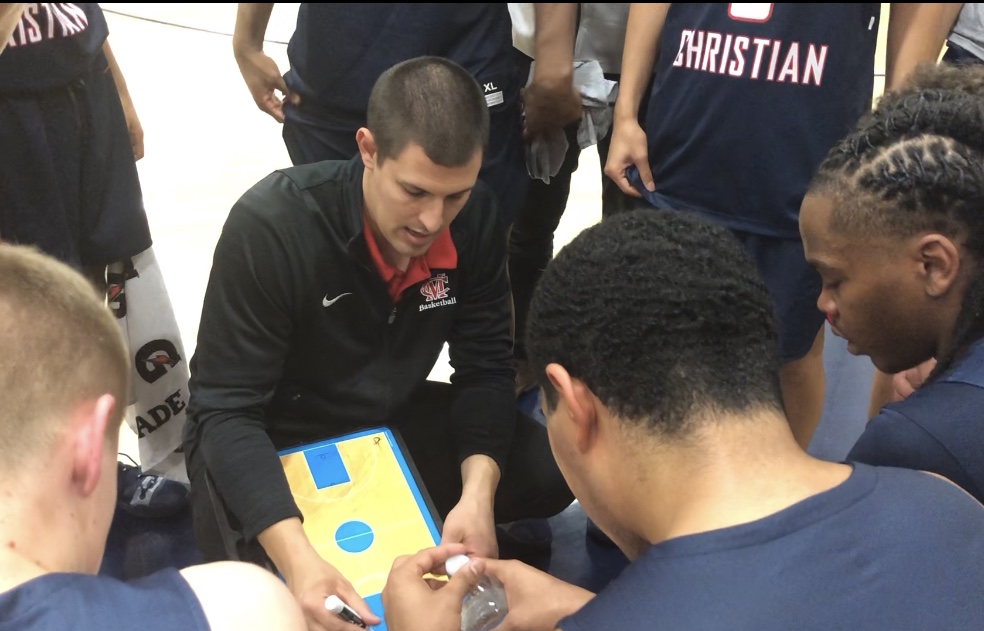 SAN JOSE — Losing is anathema to Modesto Christian boys basketball coach Brice Fantazia, but Saturday night’s 61-56 overtime loss to Salesian (Richmond) is one with which the third-year coach live.

The Crusaders were playing without 6-foot-7 forward Aaron Murphy, who has committed to play at the UC Davis, He missed the game with the flu and didn't travel to Valley Christian High School, site of the inaugural Lyn Basa-Merza Classic.

"Obviously, Aaron would’ve helped us today -- a lot," said Fantazia, who is 57-15 with a Sac-Joaquin Section Division I championship banner as the Crusaders' head coach. "I mean, he’s a Division I kid. But that’s not why we lost the game. Alex (Merkviladze) had a great game stepping in … 16 points, 13 rebounds. But just athletically, Aaron gives us a lot in transition. Easy buckets, plays hard. We definitely missed him, but Salesian’s a great team, and that’s not why lost the game at all.

Fantazia mentioned Sheldon because the Huskies are ranked No. 2 in the section, behind only the top-ranked Crusaders. Since 2014, the teams have met five times, with Modesto Christian winning all five matchups, including last year’s section final. The Huskies gained a measure of revenge last year by beating Bishop O’Dowd (Oakland), the team that eliminated MC, in the NorCal final and playing for a state championship.

They’re expected to meet again in March. And another meeting with Salesian, a member of the North Coast Section, could be on the horizon in the NorCal playoffs.

After trailing by as many as 12 in the game, the Crusaders fought back and tied the contest 53-53 on a Michael Pearson 3-pointer with 90 seconds to play.

After Salesian put up a wild shot with 1:03 remaining, the Crusaders had a chance to take the lead but Dathan Satchell was whistled for charging.

Neither team was able to score in the final seconds and the game headed to overtime, where the Pride scored the first six points to take control,

Freshman Devin Day connected from beyond the arc with 13.9 seconds to give MC a glimmer of hope, but Salesian’s Shane Bell hit a pair of free throws with 11.5 ticks left on the clock to seal the victory.

Pearson finished with 13 points, while Day totaled 12, all coming from 3-point range.

The Crusaders led 8-5 early but the Pride closed the first quarter with a 15-2 run and led 20-10 going into the second quarter.

“We just weren’t moving the ball. We were standing around, trying to go one on one." said Fantazia. "I think our guards tried to turn it into a challenge tonight. .... That’s who they are, they’re fearless. We got out of our offense, and once we got back in our offense, we settled down and we were fine."

The Crusaders will see action again on Wednesday when they tip-off the Holiday Hoop Classic with a 7 p.m. contest against Ripon.