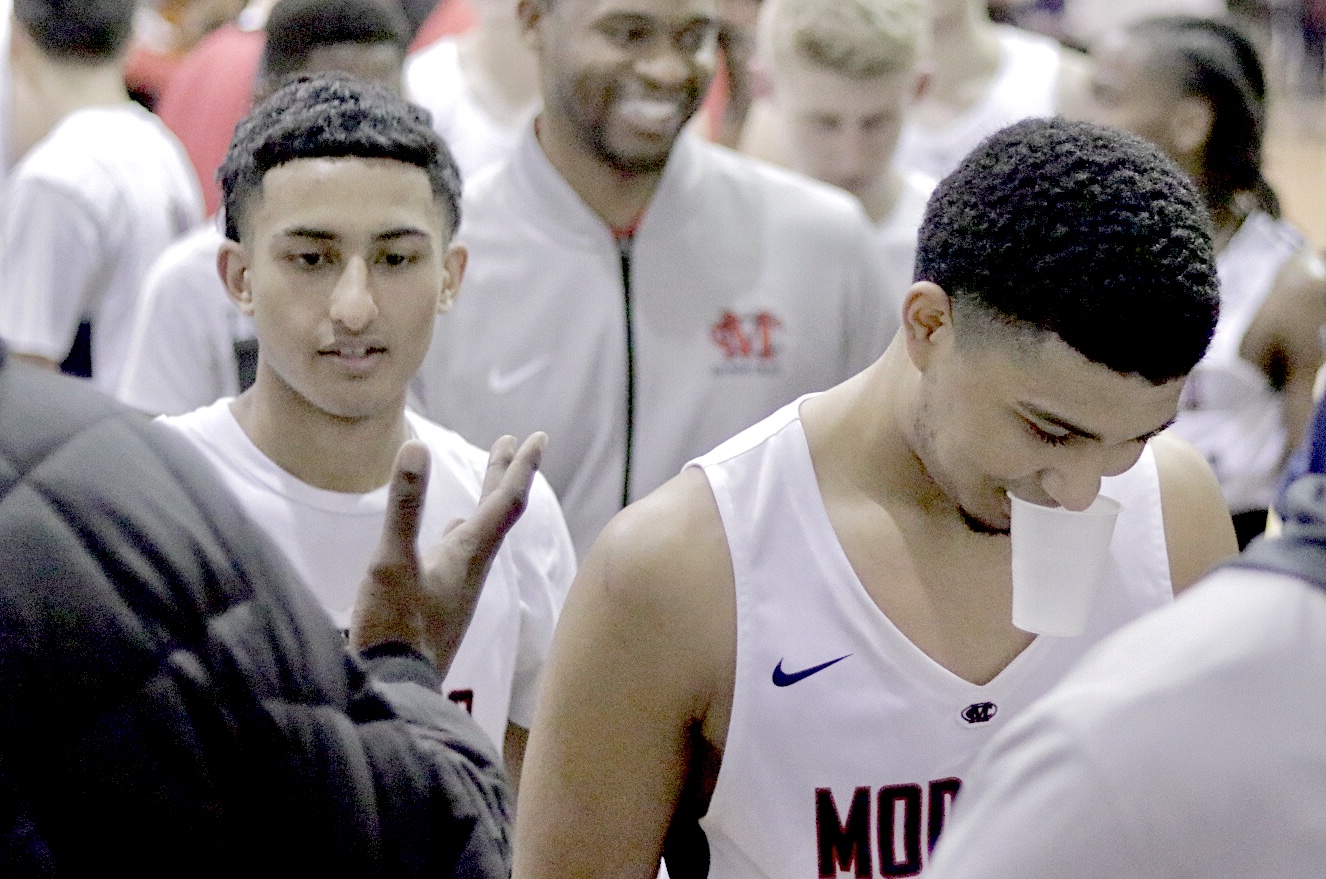 Modesto Christian boys basketball No. 1, but which VOL teams is hot on its heels?

1. Modesto Christian (13-4): The state-ranked Crusaders have faced adversity to start the season. Injuries and illness have ravaged its post and the schedule has shown no mercy. Still, the reigning Division I section champions are the most talented in the region, if not Northern California. Is their grip on No. 1 loosening, though? With seven games in 12 days, including clashes with St. Mary’s, Vanden, St. John Bosco and Oak Hill Academy, the Crusaders are in desperate need of big wins.

2. Weston Ranch (17-1): The high-flying Cougars feature a three-headed monster in Mi’Son Coilton, Donjae' Lindsey and Gavin Wilburn, and their chemistry has produced a historic start for the VOL heavyweight. Weston Ranch captured the Holiday Hoop Classic in dominating fashion and has won 17 of its 18 games, including marquee wins over Capital Christian, Central Catholic, Beyer, Campolindo and Vanden. Right now, there isn’t much separating the Cougars from the top-ranked Crusaders.

3. Central Catholic (12-7): The three-time defending section champions have won four of their last five games with the lone loss coming to Weston Ranch. In that game, the Raiders tied the score at 56-56 with less than a minute left but were outscored 5-0 the rest of the way. Guard Justin Traina and forward Myles Clayton give Central Catholic balance on the offensive end.

4. Manteca (13-6): The Buffaloes are still searching for chemistry amongst their stars. Manteca hasn’t won consecutive games since transfer guards Domonick and Isaiah Victor have become eligible. Isaiah Victor was an all-conference performer at Lathrop High, while the Domonick Victor showcased his bounce and scoring ability at the Holiday Hoop Classic. With two games against Weston Ranch looming, Manteca, which also features third-year varsity guard Jorge Cedano, remains a threat in the VOL.

5. Sierra (15-3): The Timberwolves, ranked No. 17 in the section by MaxPreps, are off to their best start in three years. Led by coach Scott Thomason, Sierra captured the Trojan Christmas Classic at Lincoln High and can announce itself as a VOL title contender on Tuesday on the road at Weston Ranch.