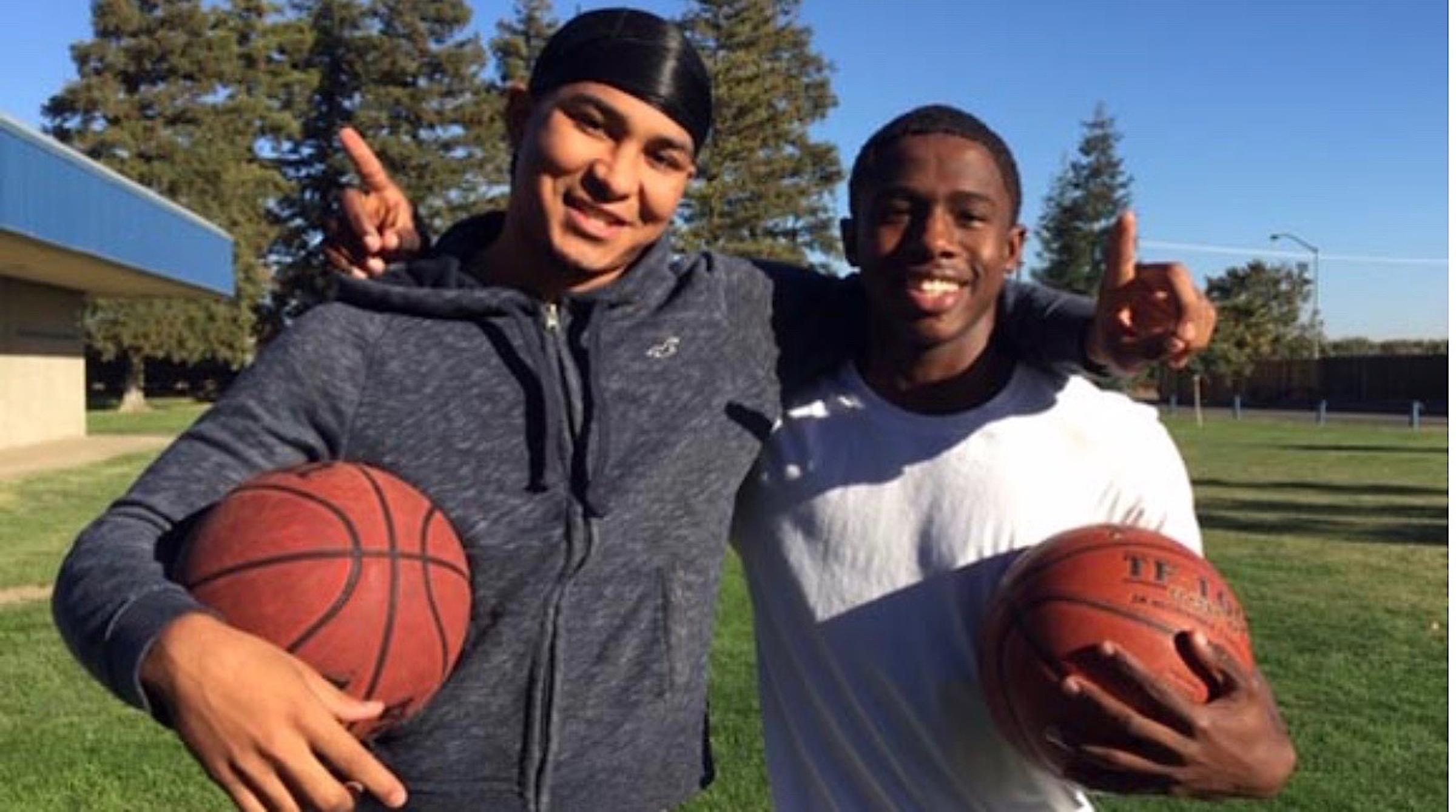 Modesto Christian boys ranked No. 7 in state: 'I don't think we have a weakness'

The Modesto Christian boys basketball team will begin the season No. 2 in Northern California and No. 7 in the state. Not that the preseason Cal-Hi Sports rankings matter much inside the Crusader locker room.

“To be honest, I could really care less,” Modesto Christian coach Brice Fantazia said. “California is absolutely loaded. To be ranked No. 7 shows how much they think of us. In the end, we want to be No. 1. That’s the only (ranking) that truly matters.”

Reigning CIF State Open Division champion Sierra Canyon begins the season No. 1. In fact, Southern California dominates the top-10 with eight schools, including: No. 2 Bishop Montgomery; No. 3 Rancho Christian; No. 4 St. John Bosco; No. 6 Mater Dei; No. 8 Westchester; No. 9 Mission Bay; and No. 10 Fairfax.

The 6-foot-7 Murphy has already committed to UC Davis.

Fantazia has never been a part of a Modesto Christian team so deep and talented. Not as a player, assistant or program boss.

“There hasn’t been this much Division I talent on one team since Chuck Hayes’ teams,” Fantazia said. “We got seven guys getting Division-I attention. It doesn’t mean all seven will go, but some will.

“I don’t think we have a weakness,” he added. “Our guards are deep and we got bigs. Now it’s about piecing it all together.”

Based on the state rankings, Modesto Christian and No. 5 Sheldon are favored to return to the Division I section final. Last season, former Modesto Christian star Junior Ballard stunned the Huskies with a 35-foot, lead-changing 3-pointer to beat the shot clock in the final minutes.

The Crusaders finished 29-4, but the season-ending loss to Bishop O’Dowd in the Northern California Open Division semifinal still burns. Modesto Christian lost, 61-58, and then watched Sheldon march to the state final.

“A lot of these guys are back from that team,” Fantazia said. “That’s still fresh in their minds.”

Modesto Christian opens the season on Saturday, Nov. 24, against Santa Margarita at the NorCal Tip-Off. The Crusaders will battle James Logan in the signature game at the Gary Porter Showcase on Dec. 1 before heading to Arizona for two games in the desert. Modesto Christian will be matched up with Gonzaga Prep (Washington) and Perry (Arizona) at the HoopHall West tournament.

With such a demanding schedule ahead — and the pressure of a lofty state ranking — Fantazia spent what might be his final free Friday night on Nov. 9 with family. Soon, his days will be filled with Xs and Os.

“I have the same philosophy as (former coaches Richard) Midgley and (Gary) Porter. The offseason is the player’ time to prove themselves,” Fantazia said. “Now that we’re in season, it’s the coaches’ time. It’s the busy time.”