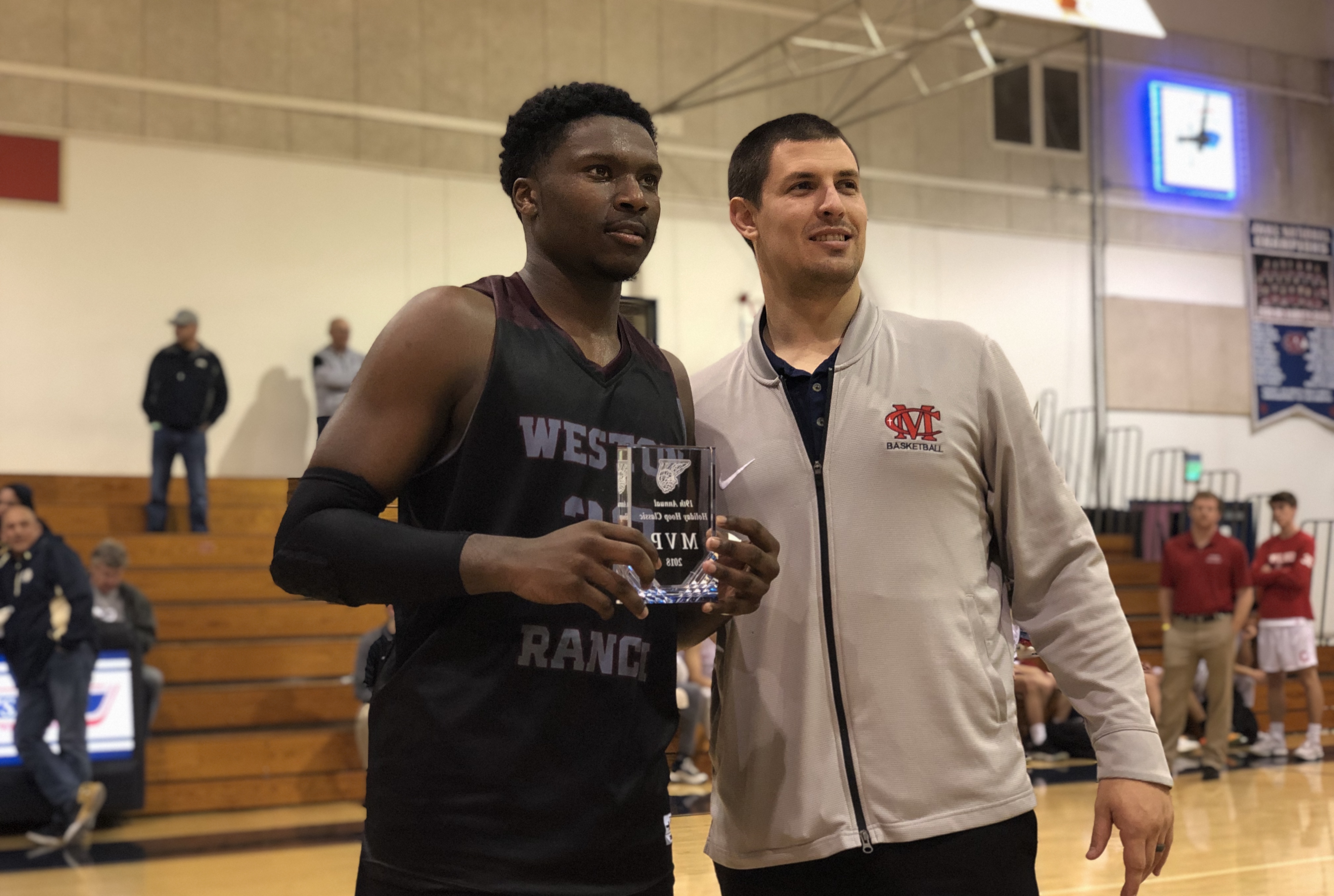 Modesto Christian’s boys basketball team held Vanden to 18 points in the second half en route to a 72-62 victory in the third-place game of the Crusaders’ annual Holiday Hoop Classic on Saturday night.

If MC could play the rest of the season the way the played in the second half, it would be just fine by coach Brice Fantazia.

“In the second, especially, we looked like us,” said Fantazia, whose team turns in a lackluster effort Friday night in a semifinal loss to eventual runner-up Campolindo (Moraga). “We started to look like our defense against Salesian.”

Three days before Christmas, MC took Salesian, the No. 1 team in Northern California as ranked by Cal-Hi Preps, to overtime before falling 61-56. And that was after shooting 6 for 28 (21 percent) from 3-point range and playing without 6-foot-7 forward Aaron Murphy, who has committed to play for UC Davis. And it was the eighth time in their first nine games that Crusaders were playing in a foreign gym.

Salesian went on to win the Chick-fil-A Classic in Columbia, S.C.

“That lets us now where we’re at, and how good we can be,” said Fantazia.

“We knew it was going to be tough playing for third place when everybody expected us to play for the championship,” said Fantazia. “We’re going to recharge our boys and get focused to where we need to be.”

The Crusaders won’t practice again until Tuesday, and then on Friday they play their first Tri-Cities Athletic League game at home against Lincoln (Stockton).

The win was special one for Weston Ranch coach Chris Teevan, a 2006 graduate of Beyer High School. As a youngster, Teevan remembers accompanying his father to the Holiday Hoop Classic.

“It means a lot to me,” said Teevan. “You know, I came here, probably since I was 7 or 8 years old, with my dad every time. Unfortunately, my dad passed away, but to be able to have my son here and win it where I grew up … it’s about the kids, but a little extra special to me.”

St. Patrick-St. Vincent 77, Beyer 61 — Akil Edwards scored 18 of his 24 points in the first half, leading the Bruins to the tournament’s consolation championship. Edwards was named to the all-tournament team for his efforts.

Manteca 97, Turlock 88 (2 OT) — Dominick Victor scored 14 of his game-high 26 points in the overtime sessions, leading the Buffaloes to a win over the Bulldogs in the seventh-place contest. Cameron Walker and Cameran Sherwood each scored 24 to lead Turlock.

Bakersfield Christian 55, Ripon 47 — The Eagles trailed 40-39 heading into the final eight minutes of action, but outscored the Indians 16-7 to secure a win in the 11th-place game. Vincent Olmo led Ripon with 14 points, while Baz Cheema and Troy Brogan chipped in with 10 apiece.

Tracy 97, Lincoln 66 — Isaiah Hawthorne led all scorers with 25 points in leading the Bulldogs to a win in the 13th-place contest.

Patterson 72, Centennial 69 — The Tigers got 20 points from Semaj Pearson and 19 from Logan McCleery in the 15th-place game. Tyler Corral and Deratio White joined Pearson and McCleery in double figures with 12 and 11 points, respectively.