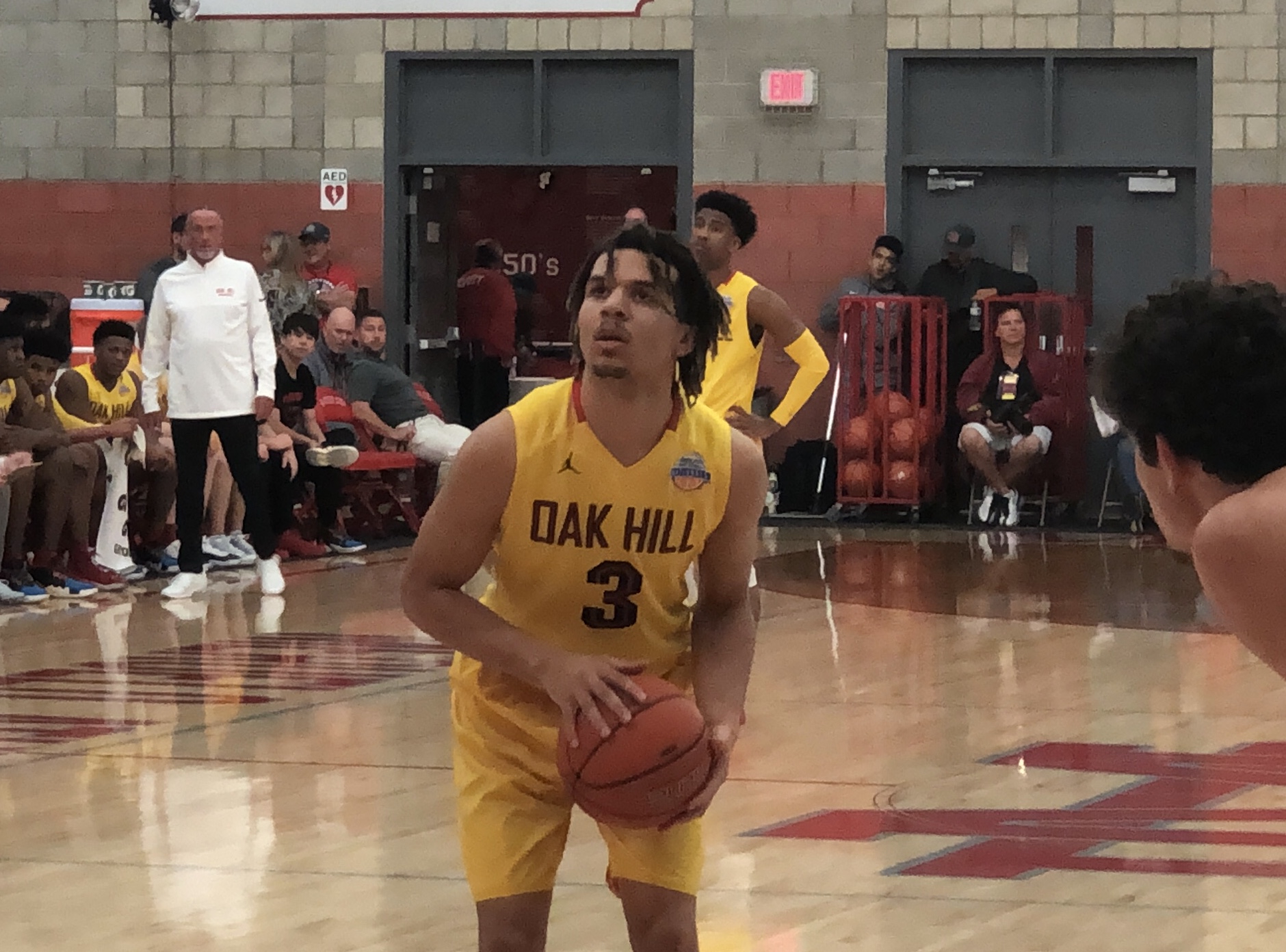 Sure, the Crusaders get beat every now and again, but they don’t get beat down. Then again, it’s not everyday that MC plays Oak Hill Academy, one of the most storied high school basketball programs in the country.

The Warriors outscored Modesto Christian by 22 points in the second stanza en route to a 97-72 victory in the final game Saturday of the Nike Extravaganza XXIV at Mater Dei High School.

“We kind of just lost energy toward that second quarter and that’s when they got their run,” said MC guard Michael Pearson, who, along with his teammates, watched Oak Hill play the night before against Santa Margarita, a team that MC lost to in its season opener. “We couldn’t just come back, we dug a hole.”

If Oak Hill Academy is the No. 7 team in the country, as its ranked by USA Today, then Modesto Christian looked every bit like a Top 10 team. The Crusaders were one step ahead of the Warriors, grabbing rebounds, hitting three-pointers and playing solid defense … on everybody but Cole Anthony, that is.

Anthony had 13 of his game-high 21 points in the first five minutes of the contest, scoring in a variety of ways. The son of former NBA star Greg Anthony, Cole Anthony is being recruited by every major program in the nation. But if not for the 6-2 guard from New York City, the Crusaders’ lead would’ve been larger than 24-22 after the first quarter.

That lead didn’t last much longer.

Anthony had 17 points by halftime, while Cam Thomas, Anthony’s 6-1 backcourt mate, had 15. And then there were the twin towers Kofi Cockburn and Dylan Cardwell. Each had six points, but their control of the boards allowed the Warriors second-shot opportunities. Cockburn, who has committed to play at the University of Illinois and is listed as 6-foot-11 and 290- pounds by some scouting services, was a nightmare matchup for the Crusaders, who tried various defensive combinations using Tsotne Tsardsidse, Alex Merkviladze and Aaron Murphy.

Pearson scored 13 points for Modesto Christian in the first half and finished with 20 points.

“I just wanted to compete and show my capabilities and what I can do out there,” said Pearson. “It’s learning experience for us to help us get ready for our playoffs, so we can go back, win NorCal and win state.”

Rest assured, the Crusaders won’t see a team this talented as Oak Hill (15-2), whose only losses of the season have come to teams ranked in the Top 10 by USA Today (No. 3 IMG Academy of Bradenton, Fla., and No. 9 Imhotep Charter of Philadelphia).

Oak Hill Academy, a private boarding school in Mouth of Wilson, Va., has had 17 former players selected in the NBA draft — among them Kevin Durant, Rajon Rondo, Jerry Stackhouse and Rod Strickland — and 28 play in the McDonald’s All-American Game. The Warriors have been crowned national champions nine times under head coach Steve Smith, and they’re used to teams coming out with star-struck exuberance, dreaming of a program-defining upset.

In the first quarter, back-to-back treys by Anthony to give Oak Hill a 15-11 lead.

But the Crusaders proved they were playing with more than just adrenaline.

Dathan Satchell hit a three-pointer to make it 15-14 an Pearson hit a field goal to give MC the lead at 16-15. After an Anthony bucket, Earv Knoxx then scored, was fouled, and hit the ensuing free-throw to make it 19-17. Pearson stretched the lead to 21-17 with another bucket and after Oak Hill countered, Satchell hit another three — MC was 5 of 14 from beyond the arc in the first half — to put the Crusaders ahead 24-19, their largest lead of the opening period.

But three free throws by Oak Hill in the final seconds halted the momentum, as the Warriors would go on to outscore MC 31-9 during the second quarter.