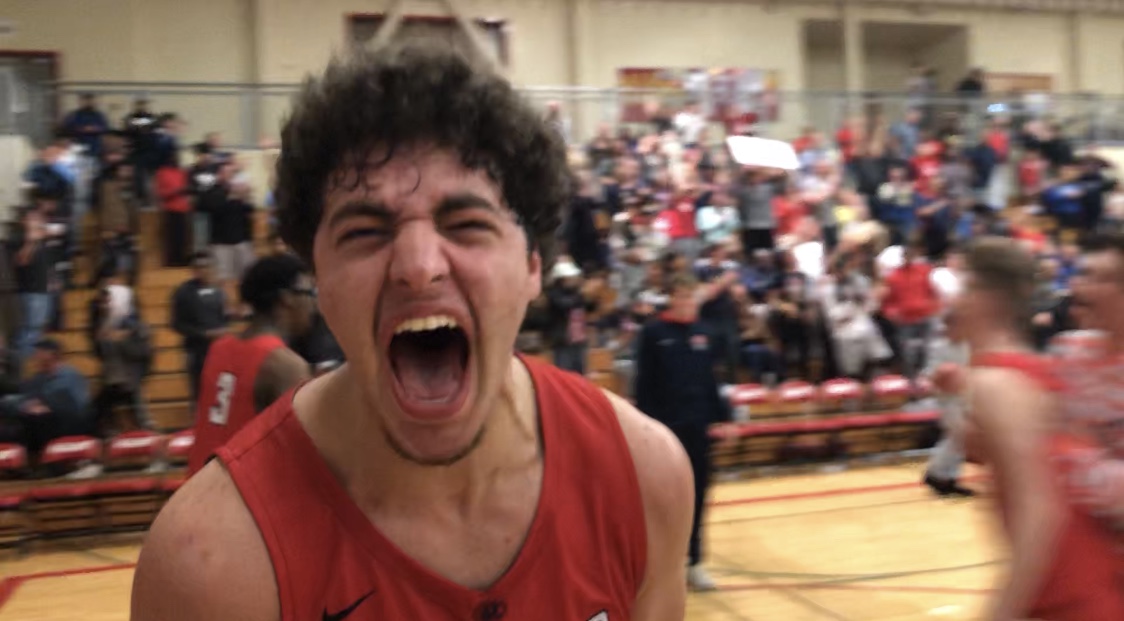 ALBANY — You just knew it was going to come down to this.

After nearly 70 combined basketball games, you just knew it was going to happen.

And the stakes have never been higher.

And Modesto Christian did just that, holding off the Pride 56-55 at Albany High School gymnasium.

Most teams would be daunted by that resume, but not Modesto Christian. Unlike others, the Crusaders knew they could play with Salesian.

“We were ready for the moment,” said MC coach Brice Fantazia, whose squad has faced five teams this season ranked in the Top 30 in the nation. “We didn’t get fazed. Early in the year, we lost a couple of games like that. That tough schedule definitely helped us tonight.”

The Crusaders nearly handed the pride their first loss of the season on Dec. 22 when they met at Valley Christian High School in a holiday tournament. MC lost 61-56 in overtime, but did so without one of its top players — 6-7 big man Aaron Murphy, who has committed to play with UC Davis next season. His absence was felt that night, just as his presence was felt Saturday.

“One of the best players in Northern California, and that’s what they do,” said Fantazia. “They step up in big games and he stepped up.”

Murphy heard the chatter that MC might have beaten the Northern California powerhouse if he’d not been battling the flu the night of the first Salesian matchup, and he felt as though he needed to justify that belief.

“Being one of the leaders on the team, being one of the seniors on the team, I have to come out and hold up my brothers every game,” said Murphy. “It’s not just me. Some of our younger kids stepped up, came and helped me up today, as I had my two fouls, they had to come in and play for me. So it’s more like, what difference does it make? All of us play as a unit.

“I had to come out and prove to them that I am a different player in the playoffs and I am a contributor to this team.”

And, the development in freshman sharpshooter Devin Day also served as something of an “addition” to Saturday’s lineup for MC. In the first matchup against the freshman sharpshooter was playing just his ninth game of the season. At times, he to sense he was a underclassman, content to be seen and not heard.

What Salesian got Saturday was an all-grown-up version of Day, who hit back-to-back three-pointers in the fourth quarter to help the Crusaders separate.

“I just knew I needed to hit shots and get us a good lead,” said Day. “Last year, (they) didn’t shoot that well, so it was kind of like, I’ve got to shoot well to help them out.”

He’ll need to shoot well on Tuesday against Sheldon, too. But Fantazia thinks he’s up to the challenge.

“He might be the best shooter in California, for any class,” said Fantazia. “That’s a bad boy right now. There’s a reason Division I colleges are calling for him as a freshman, games like this.”

The Sac-Joaquin Section rivals, who met last week for the Division I championship — Sheldon won 64-61 to gain a measure of revenge for MC’s win over the Huskies in the 2018 finale — will meet again for the second time in 10 days, wit the Northern California Open Division championship riding on the outcome.

The winner goes on to play for a state championship against the SoCal regional champion, either Mater Dei or Sierra Canyon.

The NorCal Open Division final  is not uncharted territory for these programs. Sheldon lost to MC in last year’s section final, but made a run through the NorCal tourney and won the right to play Sierra Canyon for the state crown, with SC winning 75-62. MC, meanwhile, lost to De La Salle 41-40 in the 2016 NorCal finale. That season, MC twice beat Sheldon — once in the section semifinals, really more like a final than the actual championship game three days later, and then again in the NorCal tourney.

Now the Crusaders are one step away from playing for a state championship in the CIF’s largest division for the first time since 2001, when the Chuck Hayes-led Crusaders took gave perennial powerhouse Mater Dei (Santa Ana) all it could handle.

But for now, Fantazia will savor the victory over a 31-0 team ranked No. 1 in California and No. 3 nationally.

“I”m just so proud of my guys right now,” said Fantazia, “That’s one of the biggest wins in Modesto Christian history,” said Fantazia. “We wanted to go make history tonight. I’m not sure Modesto Christian’s ever beaten a Top 5 team in the country. And we believed all week. I’m not going to sit here and say we don’t think we’re the best team in Northern California, because we do. And I think that belief tonight, carried over into the game. Even in the first quarter, when we were down. Our guys believed the whole time that we were going to win this basketball game.”