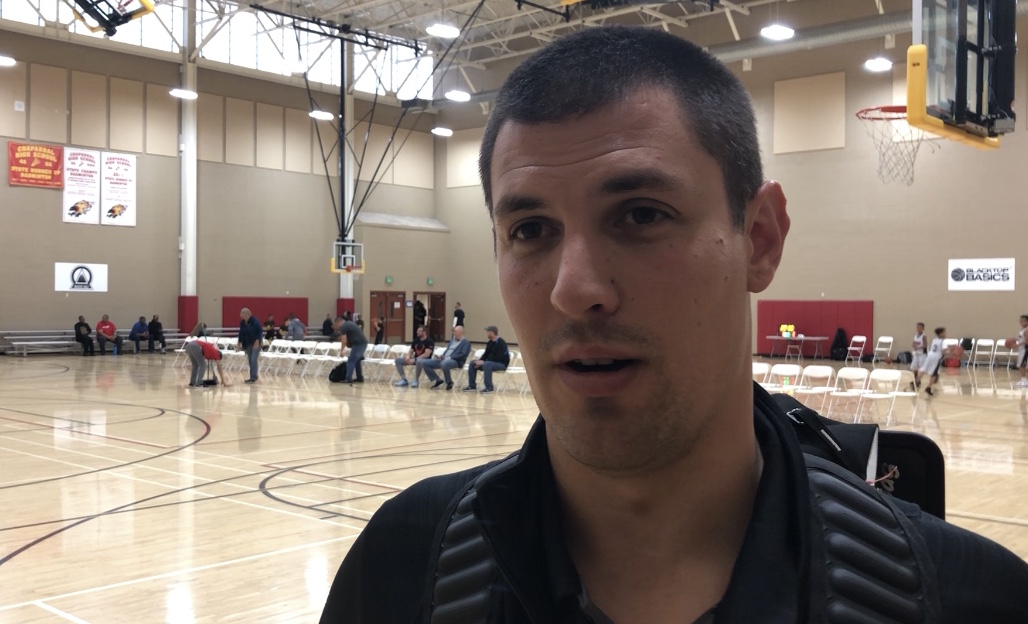 MC boys fall to one of nation's best at HoopHall showcase

SCOTTSDALE, Ariz. — Modesto Christian’s boys basketball team got off to a slow start and never recovered against Gonzaga Prep, the No. 18 team in the country according to MaxPreps’ Xcellent 25 writers’ poll, and fell 79-63 in the second day of the Basketball Hall of Fame HoopHall West Invitational at Chaparral High School.

The Crusaders (1-2) came out cold to start the game, hitting just 5 of 13 shots in the first quarter, while Gonzaga hit 12 of 14 attempts, with the majority of those buckets coming on back-door cuts close to the basket.

“We didn’t have any game film on them whatsoever,” said MC coach Brice Fantazia. “They played one game all year. … That’s a tough team with no film. It’s kind of like playing a team that runs the option in football. You don’t have film on them, you have a short time to prepare for them, they’re tough.”

Modesto Christian looked out of sync for much of the first half, and matters weren’t helped any when 6-7 senior forward Aaron Murphy went to the bench with a sprained ankle. Murphy, who has committed to play at UC Davis, is questionable for the remainder of the showcase.

Gonzaga Prep is the defending Washington Interscholastic Activities Associations’s reigning 4A state champion and feature one of the top players in the country in 6-foot-7, 220-pound Anton Watson, who has committed to play at Gonzaga. He finished with 17 points, including an emphatic dunk off a drive down the lane.

“They out-executed us today,” said Fantazia. “We just didn’t have the energy that we needed, which is on me. You know, I’m the head coach and our guys weren’t ready to play.

“You try not to get too upset because we’re playing one of the best teams in the country. You go to NorCal … there’s not a lot of Gonzaga Preps in NorCal. So this doesn’t hurt us at all with our goals, but it’s just disappointing energy-wise. You can coach execution, you can coach mistakes, it’s hard to coach energy. And that’s what I told the boys about. College coaches don’t want to have to coach energy, and they’re in the crowd watching you. You’ve got to have energy and we didn’t have it today.”

The Crusaders have to turn it around quickly, as they face Perry (Gilbert), one of the top teams in Arizona, on Saturday at 1:30 p.m. The Pumas are led by 6-foot-4 point guard Jalen Williams, who has committed to play at the University of Santa Clara.

Willians and Watson are just two of the stars at HoopHall West. Twelve of the top 100 stars in country are participating in the showcase. Evan Mobley (Rancho Christian) and Jalen Green (San Joaquin Memorial) are ranked No. 1 and No. 2 in the nation, respectively.