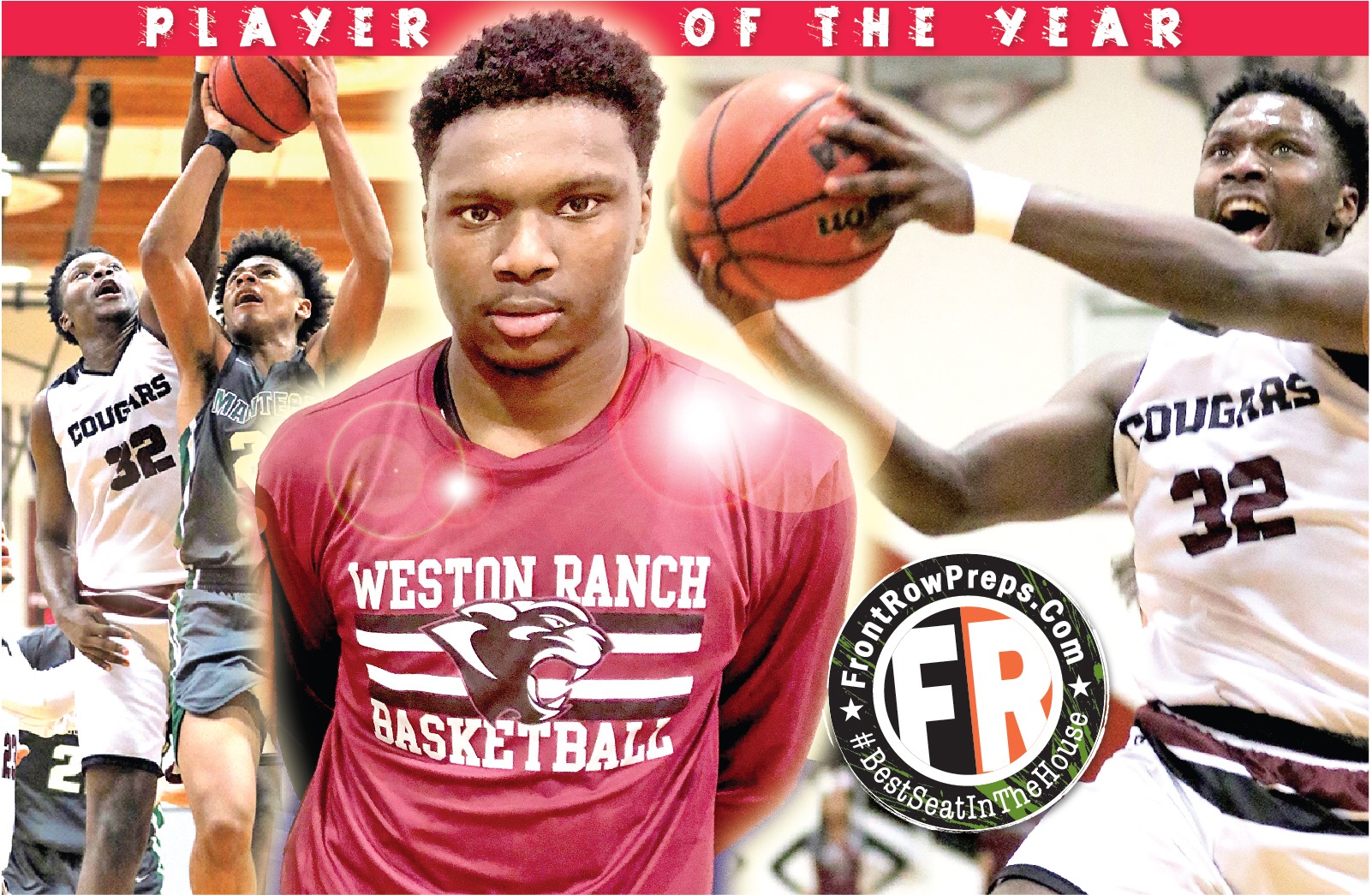 STOCKTON — Stuck at the intersection of Struggle and Success, Gavin Wilburn looked left and right, searching for direction.

The Weston Ranch boys basketball player, a sure-fire talent with a growing reputation, wondered where each path led … wondered what treasures or troubles waited for him over each horizon.

On the floor, he was an undeniable force, a player often described as the Draymond Green of Northern California high school basketball. He could do it all without sacrificing quality. He was speeding down Success.

Off the floor, though, he was falling behind the curve academically. Tardies mounted. His grades slipped, and soon Struggle crossed paths with Success. Eleven games into his sophomore season, with the Cougars off to a 9-2 start, Wilburn was deemed ineligible, and the news devastated a basketball community.

“It was frustrating because we had a good preseason and we were going into league and then I messed up my grades, and my tardies and my behavior caused me not to play,” Wilburn said. “That was the first time I saw my mom (Kim Jenkins) really cry. That’s when it changed for me.”

Stuck at the intersection of Struggle and Success, Wilburn chose Success. He re-committed himself to the classroom, turning his fledgling grades into those worthy of the Honor Roll, and he returned to the court this winter with a greater sense of purpose.

"Nobody gave up on each other," Weston Ranch coach Chris Teevan said.

With a do-it-all style that draws strength from the defensive end of the floor, Wilburn led Weston Ranch on a historic campaign and captured FrontRowPreps.com's inaugural Boys Basketball Player of the Year. The Cougars won a school record 31 games, including 30 in a row over a three-month stretch, and captured Valley Oak League and Sac-Joaquin Section Division III championships.

"When you have that amount of talent but play with that mindset, he pretty much set the culture for how we did things on a day-by-day basis," Teevan said. "He showed a ton of growth, emotionally, and maturity, and became a leader and captain for us. I'd say he's the most valuable player in the section, and I could make a case for something more."

By virtue of head-turning wins over Vanden, Campolindo and Grant and a title run at Modesto Christian’s prestigious Holiday Hoop Classic, Weston Ranch was elevated to the CIF State Open Division tournament. The invitation recognized Weston Ranch, a public school in south Stockton, as one of the six best teams in Northern California.

“Our goal was to play as hard as we can and win as many games,” Wilburn said. “We went to the Open. It didn’t turn out the way we wanted to, but we’ll come back just as strong. I love the competition. That was our goal and we got it. We just wanted to go a little farther.”

Weston Ranch had its season stopped in the first round, a 48-42 loss at De La Salle. Wilburn is right, though, the Cougars have a great chance to return to the Open. He is only a junior and surrounded by a young cast, which includes leading scorer Donjae’ Lindsey, only a sophomore, and another do-it-all type, Mi’Son Coilton, also a sophomore.

Wilburn is the centerpiece, a star humbled by his failures. He averaged 11.6 points and anchored the team in rebounding (7.7), assists (3.4) and blocks (1.1) en route to the Valley Oak League's MVP award. More importantly, he went wire-to-wire for the Cougars, balancing his studies with hoops.

“Gavin is so dynamic,” said Manteca coach Brett Lewis, his team 0-2 against the Cougars this season. “He can change the game in so many different ways. He is one of the top rebounders in league. He was one of the best passers in the league. And he does not turn the ball over. On top of that, he is the best defender in the league. He guarded everyone’s best player. … He did a lot of everything for them. It didn’t always show in the box score, either. He can affect the game in so many ways.”

Wilburn credited coach Chris Teevan with keeping the team grounded. Even as the wins mounted, Wilburn said Teevan kept the Cougars on task. “One game at a time, one practice at time” became the mantra.

When the streak reached 10 and confidence started to balloon, Teevan ordered his team on the line for a set of 16s to start a practice, a taxing sideline-to-sideline sprint. Sore from his weight-lifting class, Wilburn begged off the sprints, but Teevan wouldn’t relent.

Teevan retorted: “Everybody on the line.”

Wilburn didn’t continue the protest or fight. He toed the line, performing the menial task that contributes to personal and team success. A year after losing his place on the court, he has learned the importance of all things, big and little.

Today, his GPA hovers around a 3.25 and he says his attendance has greatly improved. This summer, he’ll run with Team Lillard on the AAU circuit, hoping to generate serious interest during the live periods.

“My goal, period, is to get a full ride, to go to college for free,” Wilburn said. “I’m going to work hard and go to a Division I or II, it doesn’t matter to me.”

He’s got direction now — turn right on Success and stay straight until you reach your destination.