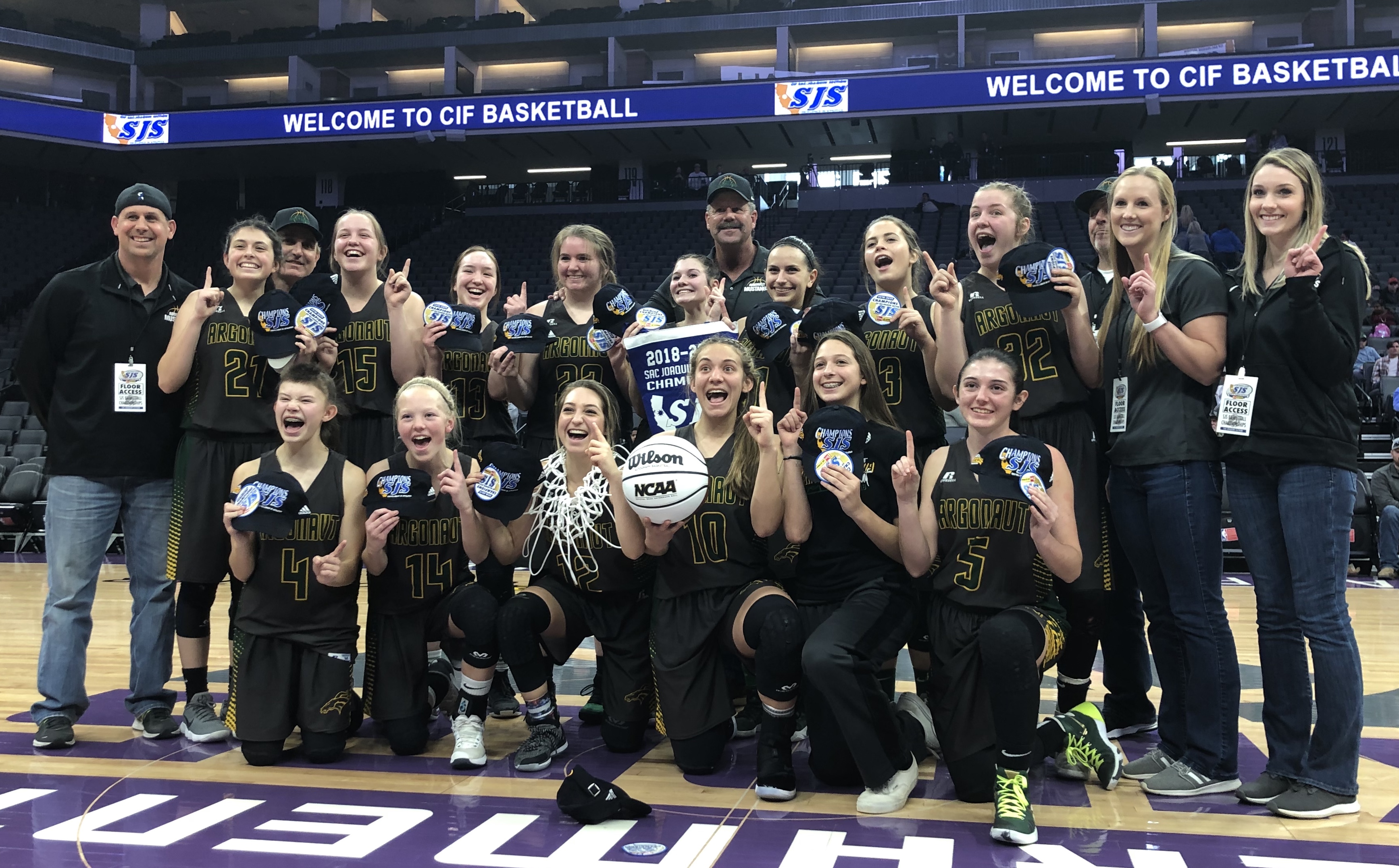 Playing on an NBA floor usually poses problems for high school teams that like to play end-to-end pressure for 32 minutes.

That wasn’t the case for Argonaut’s girls team, which relentlessly hounded Mariposa into turning the ball over 40 times, en route to a 71-58 victory that clinched the program’s second Division V banner in three years on Saturday afternoon.

“We wanted them to have to run that the whole time,” said assistant Mike Roos, head coach Morgan Roos’ father and, really, in charge of running the in-game adjustments. “That’s why were pushing all the way from their baseline. And if they got past us, which we knew they would, (Milea Appling) is a very good ball-handler, but we didn’t mind that. We just wanted to make sure she had to sprint all the way down to the other end. So, every time that they got by us, we chased all the way to the baseline, if that what it takes. So that was your plan, to make them run the full distance the whole game. We thought that was to our benefit.”

Mariposa expended precious energy just attempting to get the ball up the court and never was able to settle into any offensive rhythm in the first half.

Player of the Year candidate Milea Appling finished with 20 points and 21 rebounds, but most of that production on the break, and not in half-court sets.

Sophia Davis led the Mustangs with 17 points and added six rebounds, the second highest total on the team behind Lauren Bierman’s seven.
Davis said the turning point of the season came in late January and early February when the Mustangs beat league heavyweights Sonora and Calaveras in the same week, after having lost to them in the first-half of the regular season.

Argonaut, which has now played in the last four section finals, led 12-10 after the first quarter but built that lead to 12 by the intermission and by 16 heading into the fourth quarter.

But the Grizzlies (25-2), who had won 23 games in a row and hadn’t lost since November, battled back and trimmed the deficit to seven points with — 59-52 — with 2:38 remaining in the contest. But the Mustangs answered with a field goal and a pair of free throws and the Grizzlies would not get within single digits again.

The season will not come to and end for Maripsosa, which, like Argonaut, will find out Sunday where and who they play in the Northern California regional tournament. Trace DeSandres, who will step down as Grizzlies head coach after the season, will coach at least one more game.