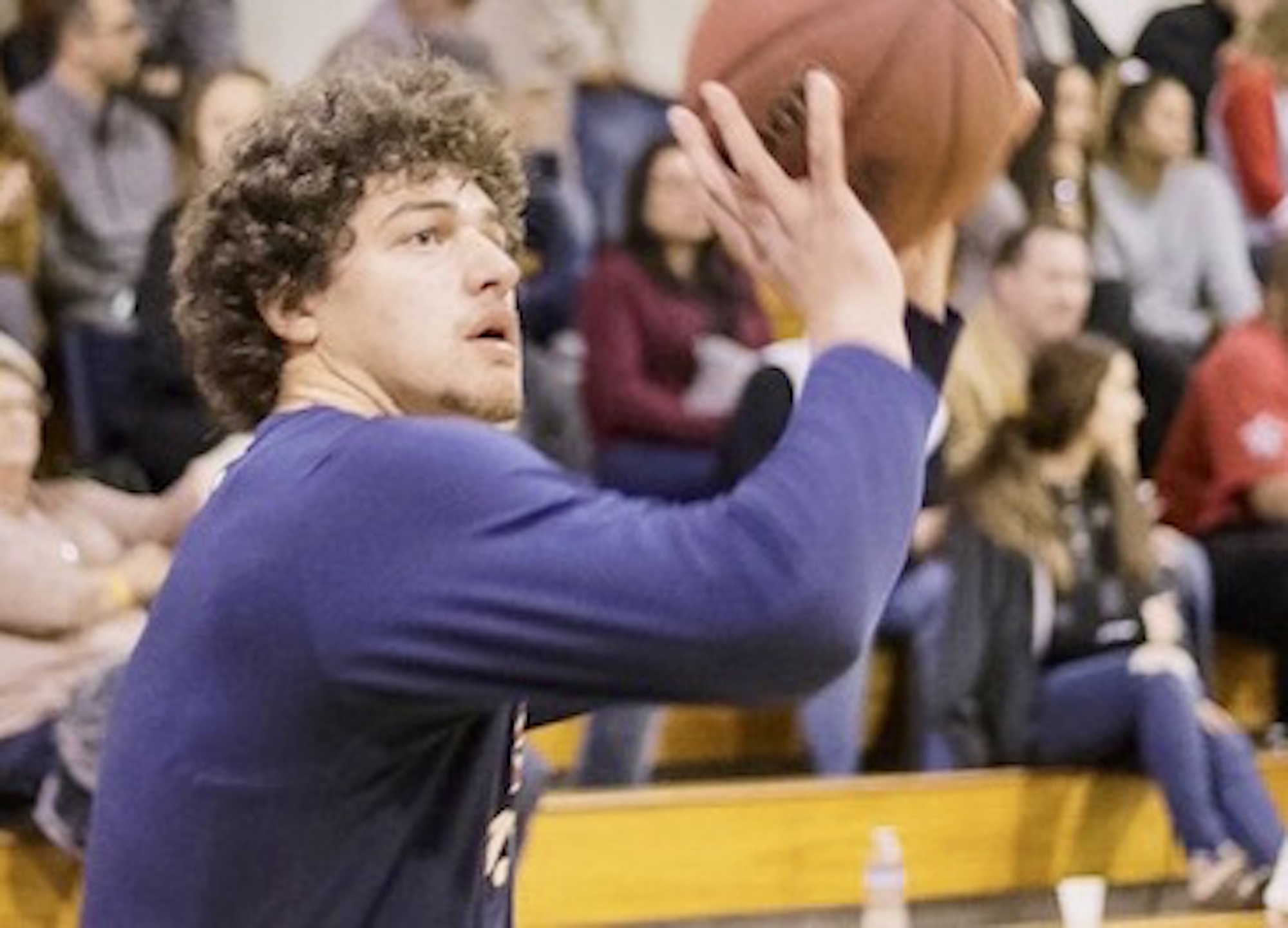 Junior Alex Merviladze led Modesto Christian in rebounding this winter and will be looked upon to play a much bigger role next season.

After Open loss, MC believes 2019-20 could be 'shining, shimmering, splendid'

ELK GROVE — Modesto Christian boys basketball coach Brice Fantazia fidgets with a marker as his team settles in for his “do's and dont's” presentation.

In less than an hour, the Crusaders will take the floor at Cosumnes River College in Elk Grove, the site of the CIF State Northern California Open Division final against hometown favorite Sheldon.

In one corner of this makeshift locker room, legendary former coach Gary Porter, the patriarch of the most decorated basketball program in Sac-Joaquin Section history, tapes Aaron Murphy’s ankle. Earv Knox and Prince Adza stretch and shake out the nerves, while Dathan Satchell waits with laser-like focus and an “Attitude is Free” T-shirt. Tsotne Tsartsidze folds all 6 feet, 8 inches of his frame into a desk.

All five seniors are accounted for. Fantazia waits on just two — fast-rising junior forward Alex Merkviladze and freshman sniper Devin Day, both of whom have tripped off to the bathroom one last time.

When they finally return, the classroom erupts in laughter, triggering Merkviladze’s playful side. Instead of jumping right into the game plan, Fantazia concedes the floor to the 6-8 Georgian international who vaporizes any remaining tension with an acoustic trip through Disney’s classics, including Aladdin’s “A Whole New World”: “I can show you the world. Shining, shimmering, splendid. Tell me, princess, now when did you last let your heart decide?”

Fast forward two hours. Same classroom. Same cast. Different tune. After surging to a 9-0 lead in the opening minutes, Modesto Christian has been beaten soundly by Sheldon, who returns to Saturday’s Open Division state final at the Golden 1 Center for the second straight year.

Instead of fidgeting with a marker, Fantazia now shoulders his young son, thanking the five seniors for their leadership and buy-in. Attitude is indeed free, so on his way out of the locker room, Murphy, a sky-walking forward bound for UC Davis in the fall, hands the baton to the “little kids,” like Day, who slips by almost unnoticed, head covered in a hoodie.

Meanwhile, the crooning extrovert, Merkviladze, struggles to hide his emotions. The disappointment collects in his eyes. The mile-wide smile and sunny disposition he wore before the game has been replaced by a menacing glare. The source: a 57-48 loss to the Huskies.

Modesto Christian is now 0-3 in Northern California Open Division finals. Most programs might be thrust into rebuilding mode after losing five seniors, all of whom will play in college, Fantazia says, but not Modesto Christian.

The program is flush with talent, beginning with Merkviladze, the team’s leading rebounder; Day, who connected on more than 100 3-pointers, including three from the corner against Sheldon; and junior Michael Pearson Jr., the team’s top scorer.

“We have three huge building blocks returning with Alex, Mike and Devin. They all didn’t have their best night tonight, but they’ve all stepped up huge in the playoffs,” Fantazia said. “They’re three of the top kids in Northern California. I’ll take those three to battle against anybody.

“We got a lot of young talent coming up. We just got to get the pieces together and hopefully get back to this point next year.”

Fantazia will give his program a week away from the gym and weight room, a chance to rise above the rubble and recharge its batteries after a 35-game season. The journey to the Open Division final was long and arduous, including four games against state No. 1s (Salesian twice, Oak Hill Academy of Virginia, and Gonzaga Prep of Washington).

“Next week we’ll be right back at it,” he said.

Next week, the Crusaders will begin to fuse experience with intriguing youth, a new set of "littles." Also returning are juniors Baljot Sahi, who sat out the Open Division final with a broken thumb on his non-shooting hand, and Caleb Chiang.

Point guard Alex Argander and forward Bronson Burrow, both freshmen, were instrumental in leading a lower-level sweep of Tri-City Athletic League championships. Argander is a pass-first point heralded for his vision, while Burrow is already 6-foot-6 and 200 pounds at 14.

Next week it’s the start of a whole new season at the north end of Sisk Road — shiny, shimmering, splendid.