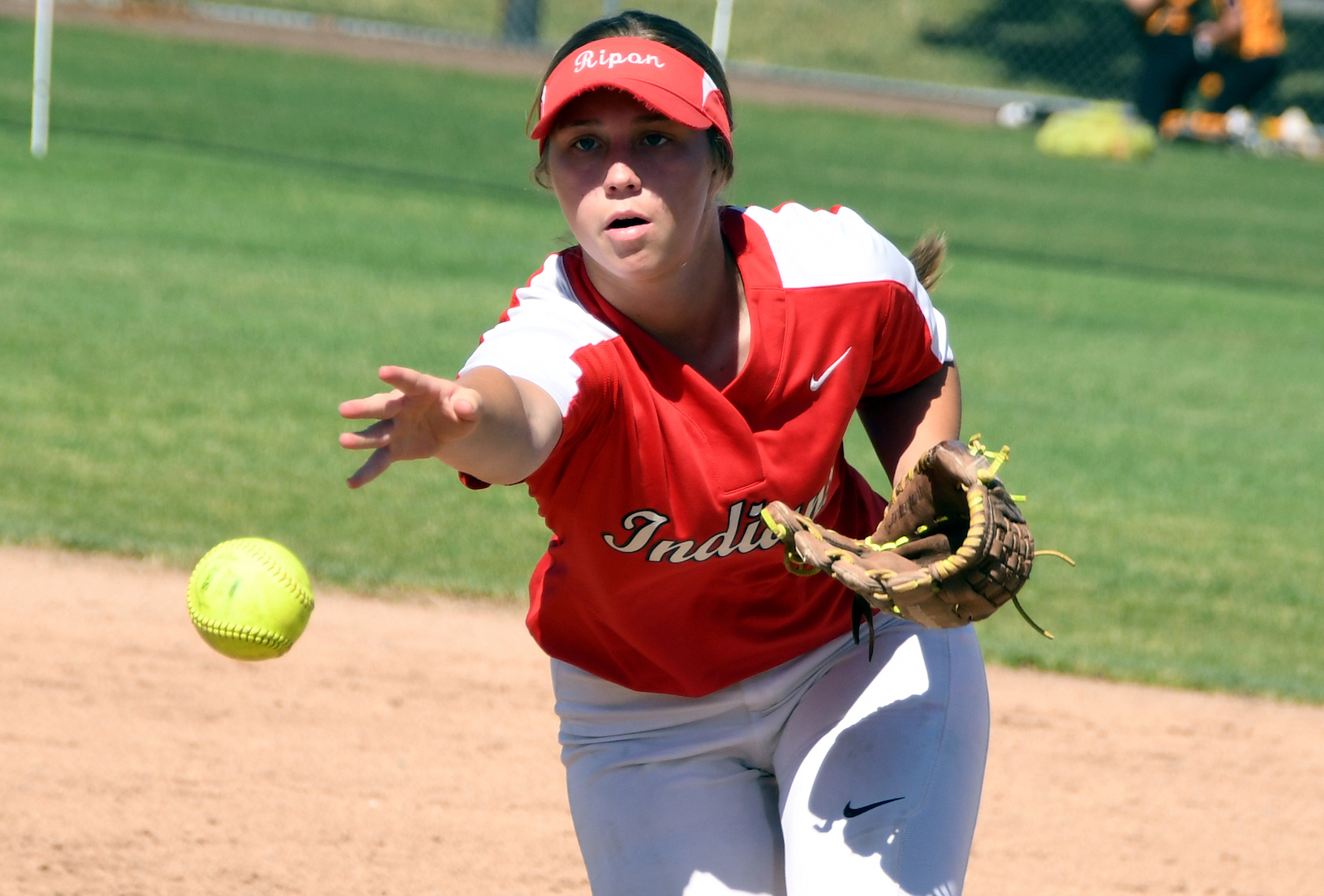 Despite a loss to eventual champion Oakdale, small-school No. 1 Ripon showed well at the NorCal Classic. The Indians won three of four games to earn third place in a loaded Platinum Division. (Dave Campbell/Manteca Bulletin)

No. 1 Ripon sneaks by No. 2 Calaveras. Here's comes another Top 5 foe.

1. (1) Ripon (19-1): The Indians suffered their first loss of the season at the hands of large-school No. 1 Oakdale in the semifinal round of the Platinum Division at the NorCal Classic, but rallied for a third-place trophy in a loaded bracket. Ripon can lock up the Trans-Valley League crown with a victory Wednesday over upstart Livingston.

2. (2)Calaveras (16-3): Calaveras had its chance to leap frog Ripon in the rankings, but lost a thrilling eight-inning game with the Indians at the NorCal Classic. Calaveras went 3-1 in the tournament with wins over Enochs, Patterson and American of Fremont.

3. (3) Escalon (11-8-1): The two-time defending Sac-Joaquin Section champions lost two of three games at the NorCal Classic, including a showdown with reigning Division I champion Tracy. Escalon should coast into the postseason with games against Modesto Christian and Riverbank to wrap up TVL play.

t-4. (4) Waterford (15-3): The Wildcats return to Southern League play with a busy slate — three games in three days. Waterford hosts Orestimba and Mariposa today and Wednesday, respectively, and travels to Le Grand in a rematch of their nine-inning thriller on April 17. The Wildcats won that game, 4-3, thanks in large part to Tawni McCarty’s 21 strikeouts.

t-4. (4) Ripon Christian (17-3): The red-hot Knights have won 12 straight and are closing in on their third straight 20-win season. Locked in a title race with Waterford, Ripon Christian wraps up league play with Gustine, Delhi and Orestimba.

5. (5) Livingston (7-10): The Wolves hold tight to No. 5 in the after a narrow 3-2 loss at large-school No. 2 Golden Valley. Top-ranked Ripon should be on upset alert. If the Wolves send freshman Amie Valdez to the slab, Livingston is capable of delaying the Indians’ bid at an outright league title. Valdez limited the Indians to just two hits in their last meeting.