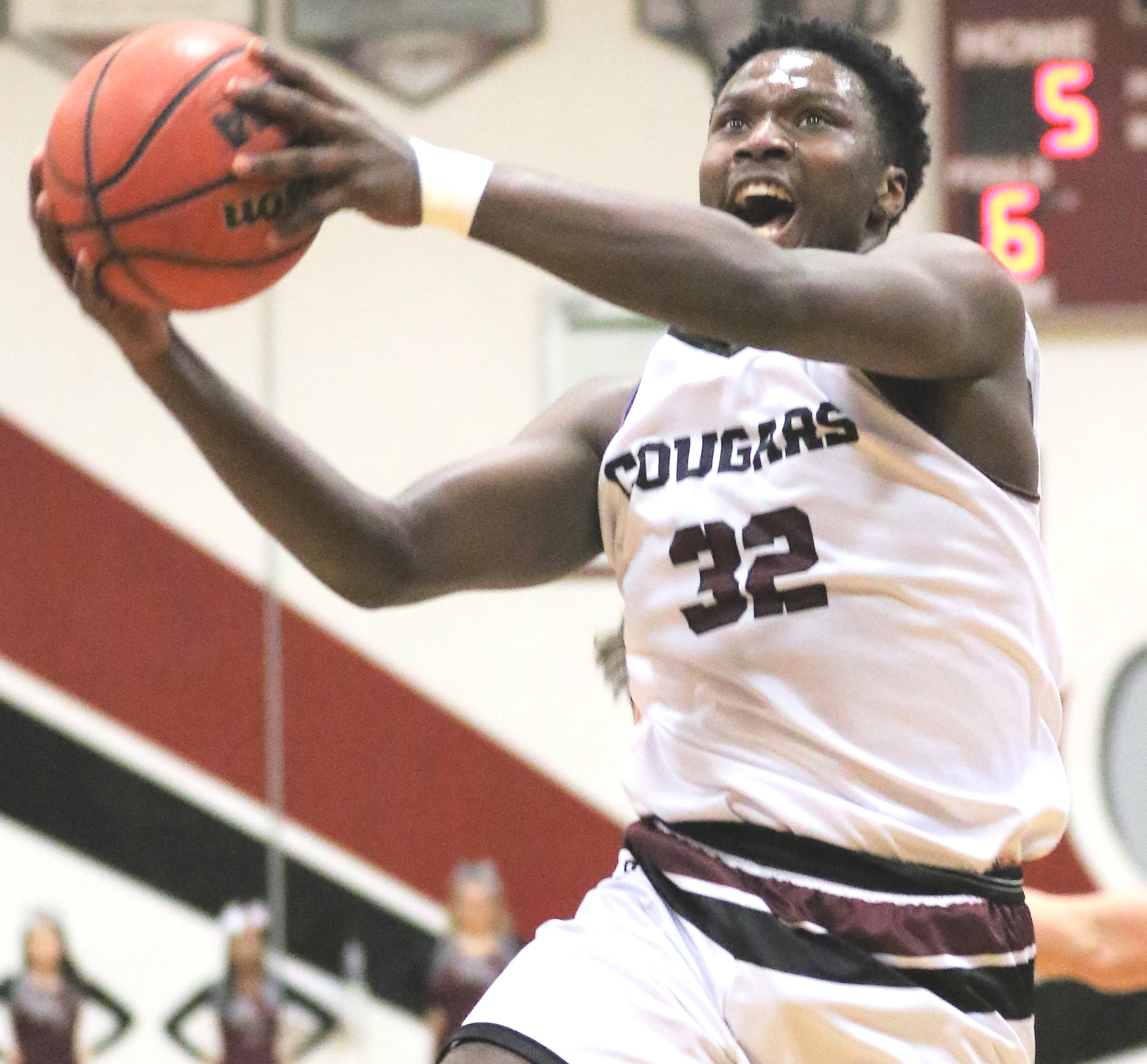 Led by junior guard Gavin Wilburn, Weston Ranch has clinched at least a share of the Valley Oak League title and the No. 1 ranking in this week's FrontRowPreps.com large-school poll. (Sean Kahler Photography)

No debate now: Winners of 24 straight, Weston Ranch boys hoops the new No. 1

1. (2) Weston Ranch (25-1, 10-0): The Cougars vault to the top spot after beating two top-five large-school programs last week — Manteca (the two meet again Tuesday) and Central Catholic — and securing at least a share of the VOL title with a 66-47 victory over Oakdale on senior night. Weston Ranch has won 24 consecutive games and hasn’t lost since Nov. 29. Led by Beyer graduate Chris Teevan and captained by do-everything junior star Gavin Wilburn, the Cougars are No. 16 in the latest Cal-Hi Sports all-divisions state poll, two spots ahead of …

3. (4) Golden Valley (21-5, 10-0): The Cougars have won 10 straight, securing at least a share of the Central California Conference title with two games left in the regular season. Seven different players scored at least eight points in Golden Valley’s title-clinching victory over Buhach Colony, including a team-high 18 by Bryan Livesay. The Cougars’ depth could be a boost in the postseason. Coach Keith Hunter rotates nine or 10 players, he told the Merced Sun-Star. “It’s a huge strength,” he added, “as long as I realize that.”

4. (3) Central Catholic (18-8, 8-2): The reigning VOL champion Raiders fall in the rankings after a disappointing home loss to No. 1 Weston Ranch. After pushing the Cougars for four quarters in their first meeting, Central Catholic mustered just three assists and flat-lined in the third quarter in a 61-39 loss. Point guard Dayton Magana paced the Raiders with 15 points, but the three-time defending Sac-Joaquin Section champions have concerning issues with the postseason fast-approaching. “They didn’t fight here,” Central Catholic coach Mike Wilson said.

t-5. (5) Beyer (18-8, 10-2): Though the Patriots are still mathematically in the hunt for a WAC championship, the opportunity to cement themselves atop the standings was lost with last week’s down-to-the-wire 74-72 defeat to Mountain House. The Patriots trailed by eight in the fourth quarter, but had a chance to steal the win on a 3-pointer from halfcourt at the buzzer. Beyer rebounded from the loss with a 70-22 victory over Johansen, as coach Kyle McKim shifted his team's focus to the postseason. The Patriots have made back-to-back section finals appearances, and with a senior-laden roster, they’ll once again be a tough out.

t-5. (nr) Manteca (18-8, 7-3): The Buffaloes return to the top-five after double-digit victories over free-falling Sierra and Kimball, but face an uphill battle in the final week of the regular season. Manteca hosts top-ranked Weston Ranch on Tuesday and city rival East Union on Thursday. Senior Jorge Cedano averaged 16 points in last week’s wins, including a team-high 18 against Kimball. Skywalking transfer Domonick Victor had 17 points and 13 rebounds against Sierra.