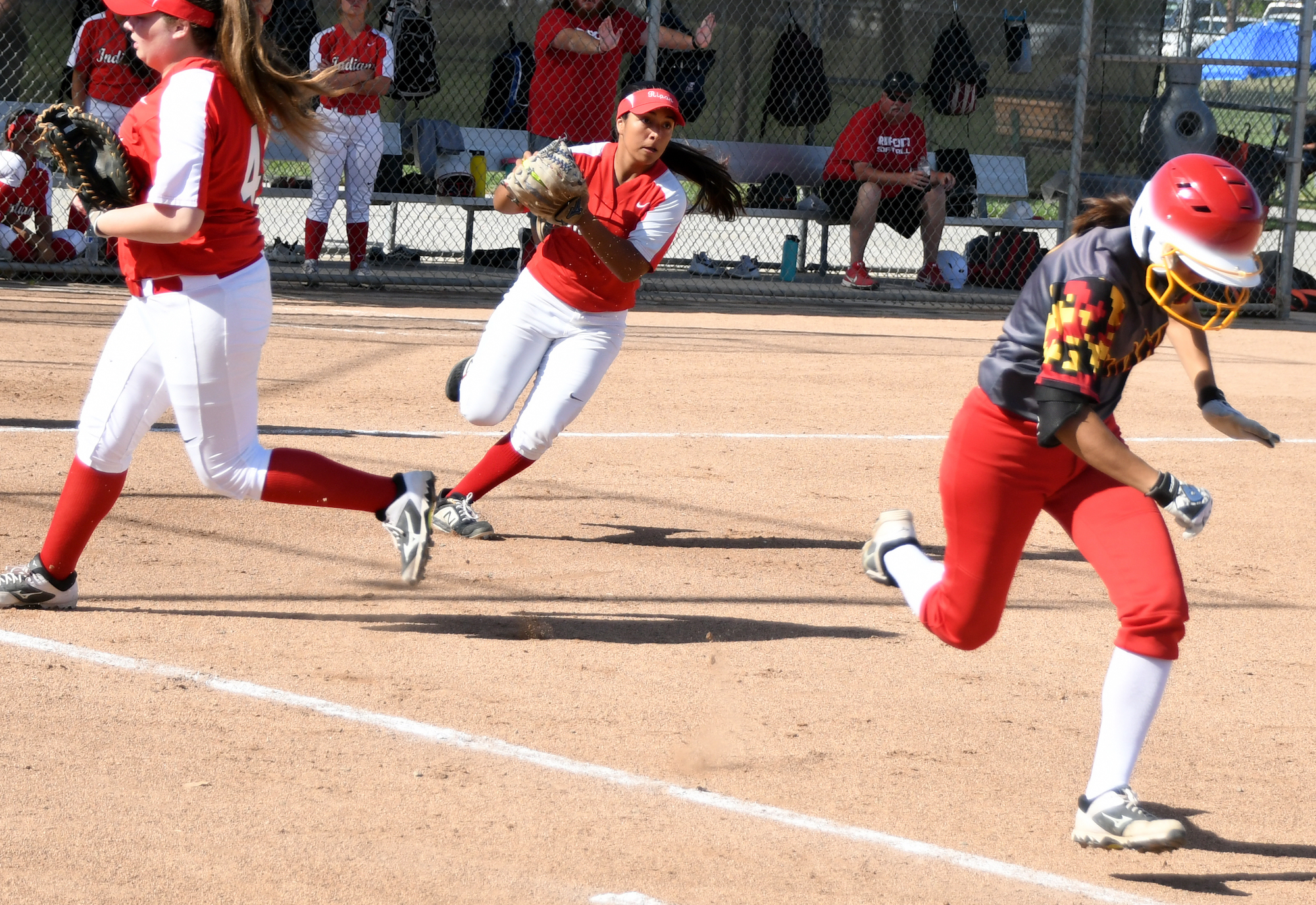 In a meeting of the region's top large- and small-school teams, Oakdale defeated Ripon in the semifinal round of the NorCal Classic on Saturday, April 27, 2019. (Dave Campbell/Manteca Bulletin)

By a country mile: As rankings expand to 10 teams, Oakdale still clear-cut No. 1

1. (1) Oakdale (21-0-1): The Mustangs rolled to a Platinum championship at the NorCal Classic, defeating reigning Sac-Joaquin Section Division I champion Tracy in the final, 2-0. Cortney Koelmans drove in both runs, while Fresno State-bound Lexie Webb bagged the win with five strikeouts over seven innings.

3. (3) Enochs (16-4-2): The Central California Athletic League frontrunner lost to small-school heavyweight Calaveras in the opener of the NorCal Classic, but rebounded with wins over Los Banos, Ceres and Merced to celebrate the Platinum Division's consolation championship.

4. (4) Turlock (15-7): The Bulldogs took it on the chin at the NorCal Classic, dropping two of its our games, and the road ahead doesn’t get much easier. Turlock returns to the CCAL with a rivalry game against Pitman today.

5. (5) Atwater (16-6): After a scintillating start to the season, the Falcons have hit turbulence in Central California Conference play, losing its last two games. They can still swing the title chase in their favor, though, but will need a strong finishing kick against Central Valley, Golden Valley and Buhach Colony.

6. (nr) East Union (13-8): The Lancers reached a divisional final at the NorCal Classic, losing a nail-biter to Dos Palos of the Central Section, 4-3. East Union is one game back of No. 1 Oakdale in the loss column going into the final stretch of the regular season. The two meet May 2 in at Northgate Softball Complex in Manteca.

7. (nr) Merced (13-7): The Bears lost two of their three games at the NorCal Classic, but each loss was to a potential Division I league champion: No. 3 Enochs and Tracy of the Tri-City Athletic League. Merced is mathematically in the hunt for the CCC title, but can’t get caught looking ahead to its regular-season finale with Golden Valley on May 8.

8. (nr) Ceres (15-4): The Bulldogs have lived on the bubble all season long, but lack a signature win over a marquee large-school opponent. Ceres is 0-2 against teams ranked in this week’s Top 10 poll. That’s not to say the Bulldogs, steaming toward a Western Athletic Conference crown, can’t be a player in the postseason and beyond. Ceres features just two seniors. The rest are a collection of underclassmen and juniors, including two freshmen pitchers: Brooklyn Heffernan (6-0, 1.43 ERA) and Megan Yorba (5-2, 1.56).

9. (nr) Patterson (11-7): The Tigers had a four-game winning streak snapped at the NorCal Classic with losses to a pair of highly-touted teams — large-school No. 1 Oakdale and small-school No. 2 Calaveras. Patterson completes the championship heat in the CCC, but faces an uphill battle with road games against Golden Valley and Merced to finish the regular season.

10. (nr) Pacheco (15-7): The Panthers’ Yosselin Castillo poses a threat to score anytime she reaches base. Castillo leads the section in stolen bases with 47 and ranks among the region’s leaders in hitting (.474 average, 37 hits). Pacheco is second in the WAC.