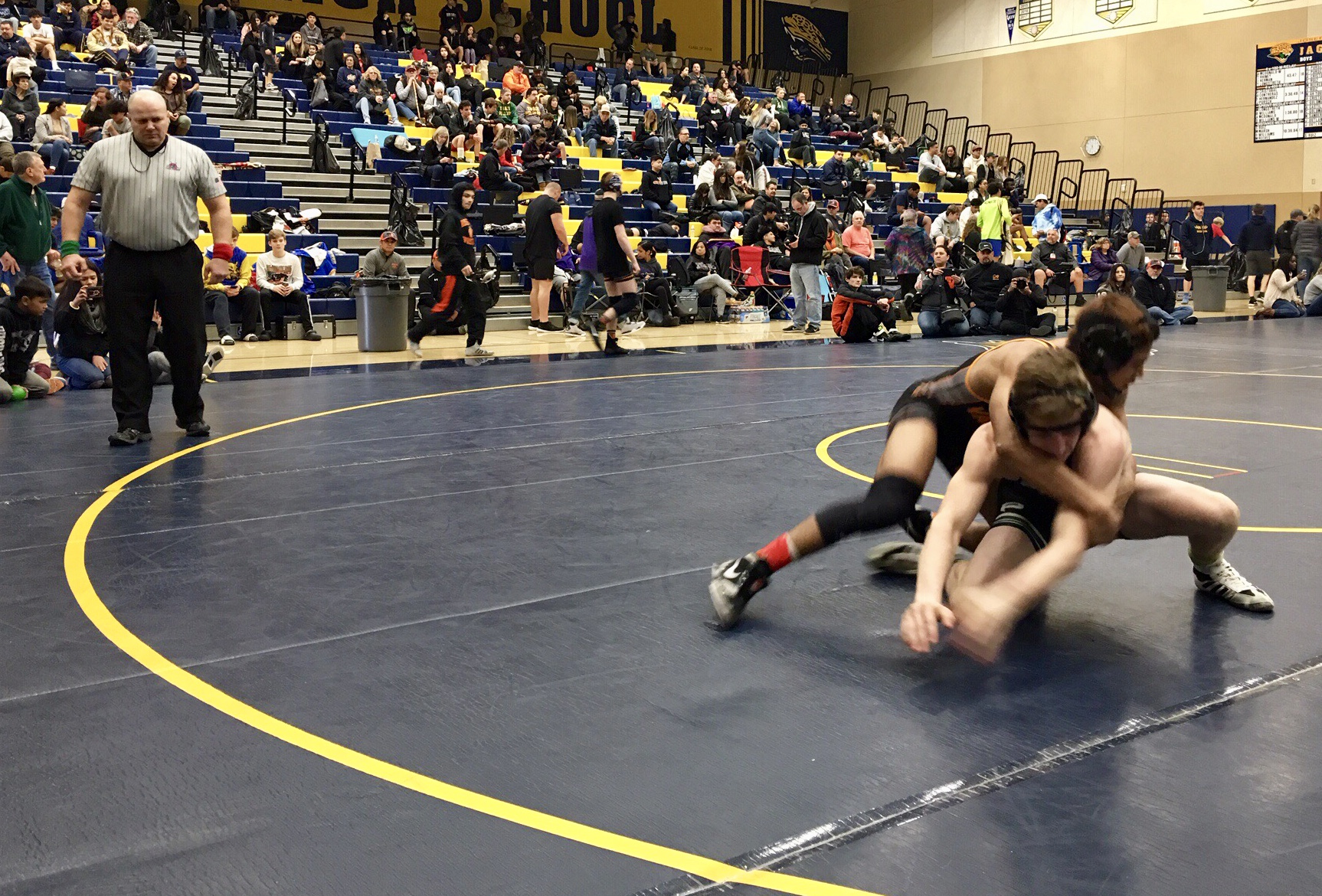 Section division competition was held last weekend at Gregori and five other venues.

Oakdale, Vacaville prepare for another battle at Section Masters Wrestling

Vacaville High is the resident beast of the Sac-Joaquin Section Masters Wrestling Championships.

The Bulldogs, the defending champions, have won the Masters team title nine times over the last 12 years. The only two schools to interrupt their dynasty were Del Oro in 2015 and 2016, and Oakdale in 2011.

Oakdale, which has knocked on Vacaville’s door many times over the years, thinks it has a chance Friday and Saturday at San Joaquin Delta in Stockton.

“We match up well with Vacaville in a bunch of weights and also with Del Oro,” Oakdale coach Steve Strange said Monday. “Pitman is also good and they’re strong in a couple of areas where we’re not as strong. We welcome the challenge.”

It is a familiar challenge for Oakdale, which is ranked ninth in the state by The California Wrestler. Since 2007, the Mustangs have placed no lower than seventh at Masters and own two-runner-up finishes besides their 2011 title.

Last year, Vacaville finished with 215 points, followed by Oakdale with 199 and Del Oro with 176.5. Those three again collide, with Pitman added as a contender.

“I do know that Vacaville comes ready for the Masters every year. They’re doing something right up there,” Strange said.  “Vacaville is deep.”

Sure enough, the Bulldogs will send 14 wrestlers to Masters while Oakdale and Del Oro each qualified 12.  The top six in each weight class will advance to California’s premier wrestling event, the CIF Championships on Feb. 21-23 at Bakersfield’s Rabobank Arena.

The state meet, for the first time, will be coed. The girls and boys will compete in separate divisions at Rabobank in what becomes a three-day meet.

Here’s a look at last weekend’s section divisional meets that qualified their top placers to Masters:

Pitman freshman Lilly Freitas, 25-0 to date, showed why she’s one of the area’s most exciting prospects at Central Valley.

Freitas pinned all four opponents in the first round for the 145-pound title. The most shocking development was that she was seeded third.

“We knew she would still win,” said Central Valley coach Rob Beckhart, the meet director. “There were older girls who had done well in big meets in previous years. That was the criteria used.”

Freitas has won 23 of her 25 matches by fall, and the other two were a tech and a major decision.

More than 200 wrestlers took part in the South Regional, and the top eight in each weight class advanced to Section Girls Masters on Friday and Saturday at Lincoln High in Stockton.

Buhach Colony’s Laura Gonzalez (191) tied Osborn 8-8 via a near-fall in the final seconds, but Osborn’s takedown in overtime won it. Vergara swept through the 172s via three pins. Quiroz pleased the home fans with four wins by fall to dominate the 152.

Tokay captured team honors with 158.5 points over runner-up Atwater with 139. Ripon was third with 132.

Gregori welcomed arguably the section’s toughest divisional. It featured 70 wrestlers who were ranked in the section, eight more than the D-3.

Turlock senior Michael Jeffus, the state’s No. 3-ranked heavyweight, rolled to four wins, all by fall.

Adrian Heras, Jeffus’ teammate at 126, also captured all four of his matches by pin. The Bulldogs placed third in the team standings. The top eight in each class qualified for Masters.

Martinez, a senior and also a state finalist last year, is No. 1 in the section and eighth in California.

Also winning at Atwater were El Capitan pair Shane Carl (152) and Evan Myrtue (160). The top eight in each class will extend their season at Masters.

The Patriots placed second behind Western Athletic Conference dual-meet champion Grace Davis but rebounded by winning the WAC Championships. Beyer reached the semifinals of the Section Team Duals but was beaten by seven points by eventual champion Casa Roble.

That brought the Patriots to their trip last weekend to Casa Roble for the D-4s in Orangevale. The symmetry was perfect. The Patriots, anchored by weight-class champions Adam Bettencourt (126) and cousins Jose Estrada (145) and Raul Garcia (195), totaled 221 points to runner-up Casa Roble with 179.5.

All points are important in the team standings, and Beyer pinned 10 of 12 opponents in the opening round. Six Patriots, including 2018 medalists Estrada and Christian Her, qualified for Masters.

“It started snowballing for us during team duals,” Beyer coach Doug Severe said. “We are really stoked by our first blue banner. It all kind of fell into place for us.”

Hilmar and D-5 host Calaveras each annexed three champions, but the Yellowjackets’ three runners-up carried them over the Redskins for the meet team title. The Yellowjackets scored 261 points, 17.5 points more than Calaveras.

Calaveras, which captured a blue banner at the Section TeamDuals two weeks ago, was led by champions Donivan Giangregorio (182), Elliot Houghten (195) and heavyweight Austin Shoemaker. Houghten is ranked first in the section.

Escalon placed third behind Hilmar and Calaveras. The top four in each weight class qualified for Masters.