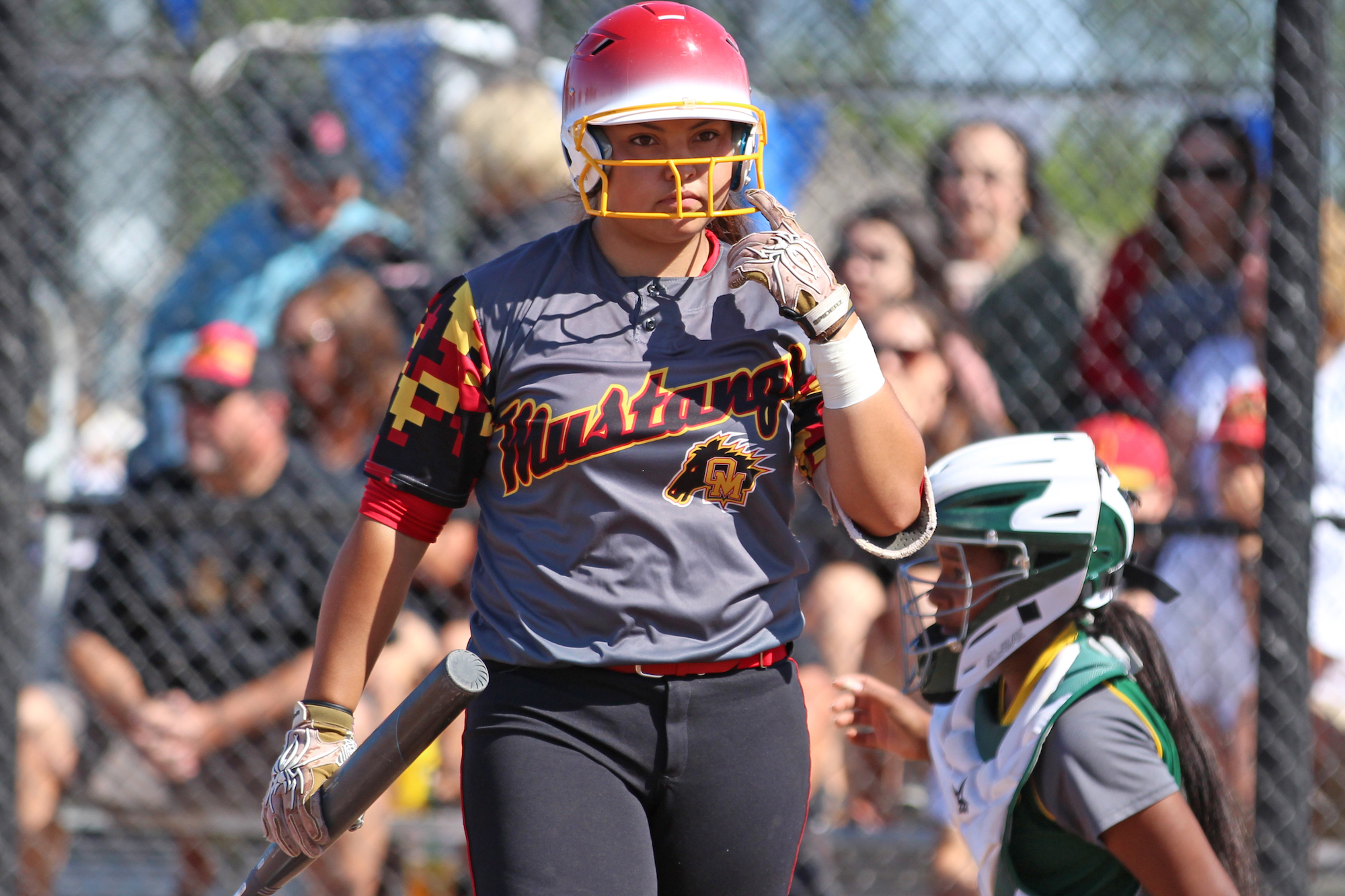 Oakdale senior Lexie Webb is a two-time Cal-Hi Sports all-state selection with a cult following: Over the summer, she lapped the field in a home run derby with professionals. (Ike Dodson/SportStars Magazine)

Oakdale's ultimate weapon may also be 'the best player in the country,' rival says

Editor's Note: This story also appeared in the spring preview edition of the SportStars Magazine. The story, as well as other content can be accessed by visiting www.sportstarsmag.com.

OAKDALE — Lexie Webb, the embodiment of power and potential on the diamond, blushes when the conversation turns to her.

These days, the Oakdale High senior has been the center of a nationwide conversation. It starts with a summer story that sounds more like a tall tale, but look around …

Paul Bunyan and his blue ox are nowhere to be found. There’s no mention of a Yeti or giant beanstalk. There’s just a pony-tailed girl, powerfully built and yielding a thunder stick, with a unique ability to test the fences of any ballpark she occupies.

“Lexie Webb is the best player in the country,” gushed Brian Goulart, the longtime coach at East Union, Oakdale’s chief rival in the ever-competitive Valley Oak League. “She even has pros saying she’s the best hitter they’ve ever seen.”

Webb established herself as a rising prospect and all-state talent during her first three years at Oakdale, a softball powerhouse rooted in the southern half of the Sac-Joaquin Section.

In all, the Mustangs have won five section championships (in six finals appearances) and produced current Division I stars Grace Green, a starting freshman at Oklahoma; twins Maddi and Kindra Hackbarth, now in their second season at Arizona State; and Fresno State’s Haley Fuller, to name a few.

Webb, who pitches and plays first base, might be better than them all.

“I hate giving Oakdale props,” Goulart said, “but she’s the one. They’re going to be hard to beat. They’ll be nationally ranked and probably win a section championship.”

As a junior, Webb pieced together her best season with nine home runs, 41 RBI and a .493 average. She was 18-2 as the Mustangs’ ace, piling up 142 strikeouts in 118 innings. She was named to Cal-Hi Sports’ all-state medium school and underclassmen teams.

“No doubt, she’s one of the best players in this area, not just Oakdale High,” Loger said. “As far as power, she’s the most powerful hitter we’ve ever had. As a pitcher, she went from being a thrower to a pitcher last year.”

Webb burst onto the national scene, though, during a travel ball showcase in Florida last summer. Playing for Batbusters (Bay Area), Webb qualified for the final of a home run derby, where she competed against some of the top power hitters in the game, regardless of age and rank.

The field, she said, was sprinkled with All-Americans and professionals.
Butterflies swirled in her stomach as the lights brightened and the stakes were raised. Webb, as humble as she is hungry, never imagined a moment like this — sharing the same batter’s box with the elite.

“I made it to the end with the pros. That really did happen,” Webb said. “I was nervous at first, because it was a big spotlight and big field. It was at night and the lights were on. It was exciting and nerve-wracking, but after I started hitting …”

Webb dazzled with one moonshot after another. In a 60-second show of force, Webb clubbed 16 home runs, twice as many as the next closest competitor. It was a pinch-me moment, confirmed by the roar of the crowd.

“I turned around and everyone was screaming,” Webb said. “All the pros said what a good job I did. It was an inspiring moment for me. They were asking where I was going to college.”

Her father, Steven Webb, has been instrumental in developing one of the sweetest swings in the nation. Together, the two can be found on diamonds in the Oakdale area fine-tuning her technique at the plate or twirling pitches at 60 mph.

Webb also works out four days a week at The Performance Lab in Modesto, maximizing a cardio-and-lifting program crafted by trainer Brett Butler. As more of her peers dabble and play other sports, Webb is a proud specialist.

Loger wasn’t surprised to hear of Webb’s Ruthian feat in Florida. He’s seen it before, time and again. There is a hitting game his Mustangs play regularly in practice called “Queen of the Hill.” The crown is fit for only one.

“There are days when she gets on a roll and hits 275- to 350-foot shots, one right after the other after the other,” Loger said. “Not only is she as strong as can be, but she has quickness in her bat and she’s really technically sound with her swing.”

Webb shies away from such praise.

She insists her biggest strides as a player aren’t physical. They’re mental. Playing behind stars such as Green and the Hackbarth twins, Webb has learned of the power in her voice, not just her bat.

She alone won’t carry Oakdale to a sixth section banner. The team will lean on pitchers Courtney Koelmans and Mariyn Waterman, and look to others to fill the holes left by Green and Adrianna Aguilar.

“(Green) was an all-around great player. I am inspired to be like her,” Webb said. “She taught me how to coach these girls, how to help this team so we can improve. That’s our main goal, to improve every game so when it comes to playoffs we can win a blue banner.
“I don’t have one yet. I feel like that’s the missing piece. This is my last year. This is my last chance.”