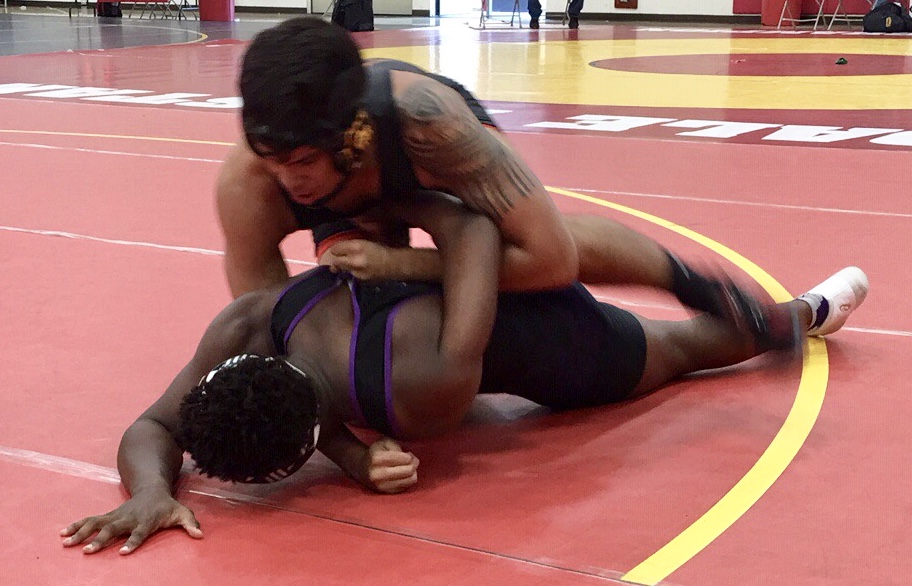 The Mustang boys brought home seventh-place team finishes at the CIF State Championships at Bakersfield in both 2017 and 2018, plus a ninth in 2015.  By the way, the state meet in wrestling brings together the best of the best — public schools, private schools, charter schools, everyone.

Which means Oakdale is among the elite, and there is an unspoken pledge to continue at that level.

“We just know it,” Oakdale sophomore Brayden Abell said. “Steve sometimes tells us. But most of the time, we just know it.”

“Steve” is Oakdale coach Steve Strange, who raised an already demanding bar when he arrived on campus nine years ago.  He can talk the talk because he walked the walk — as a two-time state champion at Hughson High (1996-’97).

“We’re just getting ready,” Strange said Saturday after the end of the 43rd James Riddle Classic. “I think we can fight to get back there (to Bakersfield) if we’re healthy.”

All signs point toward another strong season for the Mustangs, who placed third at the Riddle behind first-place De La Salle and runner-up Bakersfield. Two 2018 state finalists, Henry Porter (132) and Gabe Martinez (182), will lead a team which featured 11 of its starting lineup among the top 15 in Northern California, according to preseason rankings compiled by SportsStars magazine.

Martinez and Abell (113), the latter a promising sophomore who advanced to state last year, won their respective weight classes at the Riddle.  So did Oakdale freshman Michael Torres (106), the younger brother of senior and Cal Poly-commit Ricky Torres.

Michael Torres pinned all three of his opponents, including De La Salle’s Bobby Cuevas in the second round of the final. Abell, 7-0 thus far, decisioned Yousef Zigan of Durham 10-2. Martinez took charge late in the second round to defeat Malik Lewis of Franklin of Elk Grove 6-2.

Oakdale also was encouraged by Porter, who placed eighth Saturday at the prestigious Walsh Ironman meet in Ohio.

Ricky Torres (145), bidding for his fourth Riddle title, was denied 6-3 by Andrew Bloemhof of Bakersfield. Torres led for most of the match until he gave up a costly reversal and near-fall in the final 20 seconds.

The Riddle, the first true barometer as the season kicks into gear, drew about 300 wrestlers from 31 schools. Other champions from the area included Brennan Dibble of Summerville (120) and Elliot Houghten of Calaveras (195).