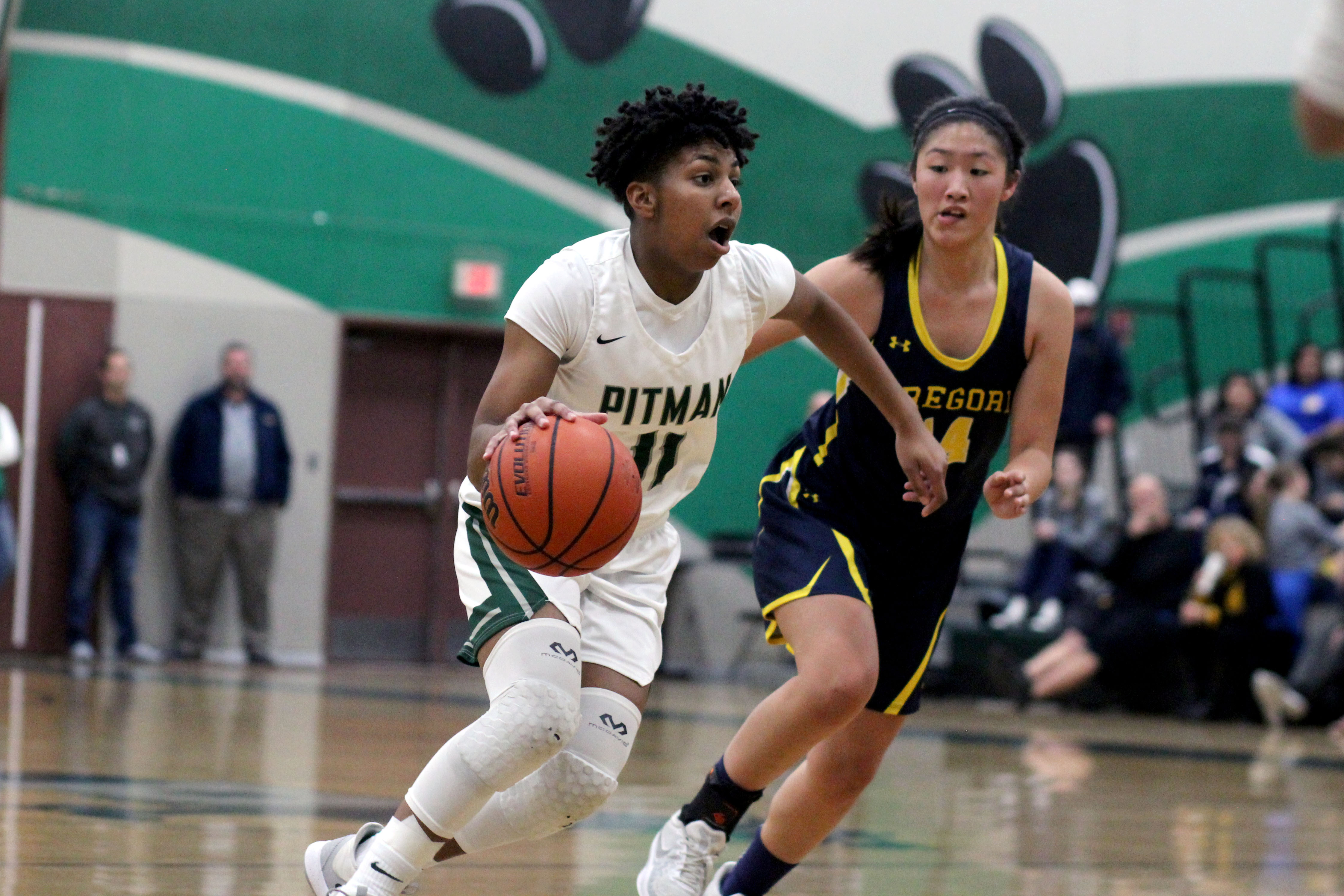 Turlock, with its win over Modesto on Tuesday, keeps pace with its crosstown rival, improving to 12-12 and 6-1. The Bulldogs will play at Gregori on Feb. 11, then make the short trip across to town to face Pitman the next night.

Pitman’s tenacious defense came up with 18 steals and forced 30 turnovers. The Pride score more than half it’s points (33) off of turnovers, with 27 points coming in transition.

“We’ve been doing that all year,” said Pitman coach Dustin Curtiss. “We’re starting to play with a lot of energy, and at a pace that’s really, really good for us. We’re 10 or 11 deep so we can do that.”

Pitman limited Gregori’s Savannah Turner, the conference’s leading scorer, to just seven points. Turner scored a bucket in the opening moments of the contest, but went without a field goal the remainder of the contest, the rest of her posts coming from the free-throw line.

The Pride was in control of this game from the start, but a three-point field goal by junior Natalie Brown as the buzzer sounded to end the first quarter cut Pitman’s lead to 11-7.

The Jags were fortunate to be that close, considering the trouble they had trying to solve Pitman’s press.

The game seemed out of reach early in the second half, but Gregori scratched and clawed to within striking distance at 36-21 late in the third quarter.

But with just under a minute to play in the stanza, Jessica Smith (10 points) came up with a steal on the defensive end and raced all the way for a layup. Malakia Kashif (16 points) stole Gregori’s inbounds pass, stepped back and drained a three-pointer to make it 41-21. Then, with time running down, Kashif drilled a three-pointer at the buzzer, was fouled, and hit the ensuing free throw for a four-point play that gave Pitman a comfortable 45-21 lead heading into the final eight minutes of action.

Rayden Simmons (11 points) was the third member of the Pride to score in double figures.