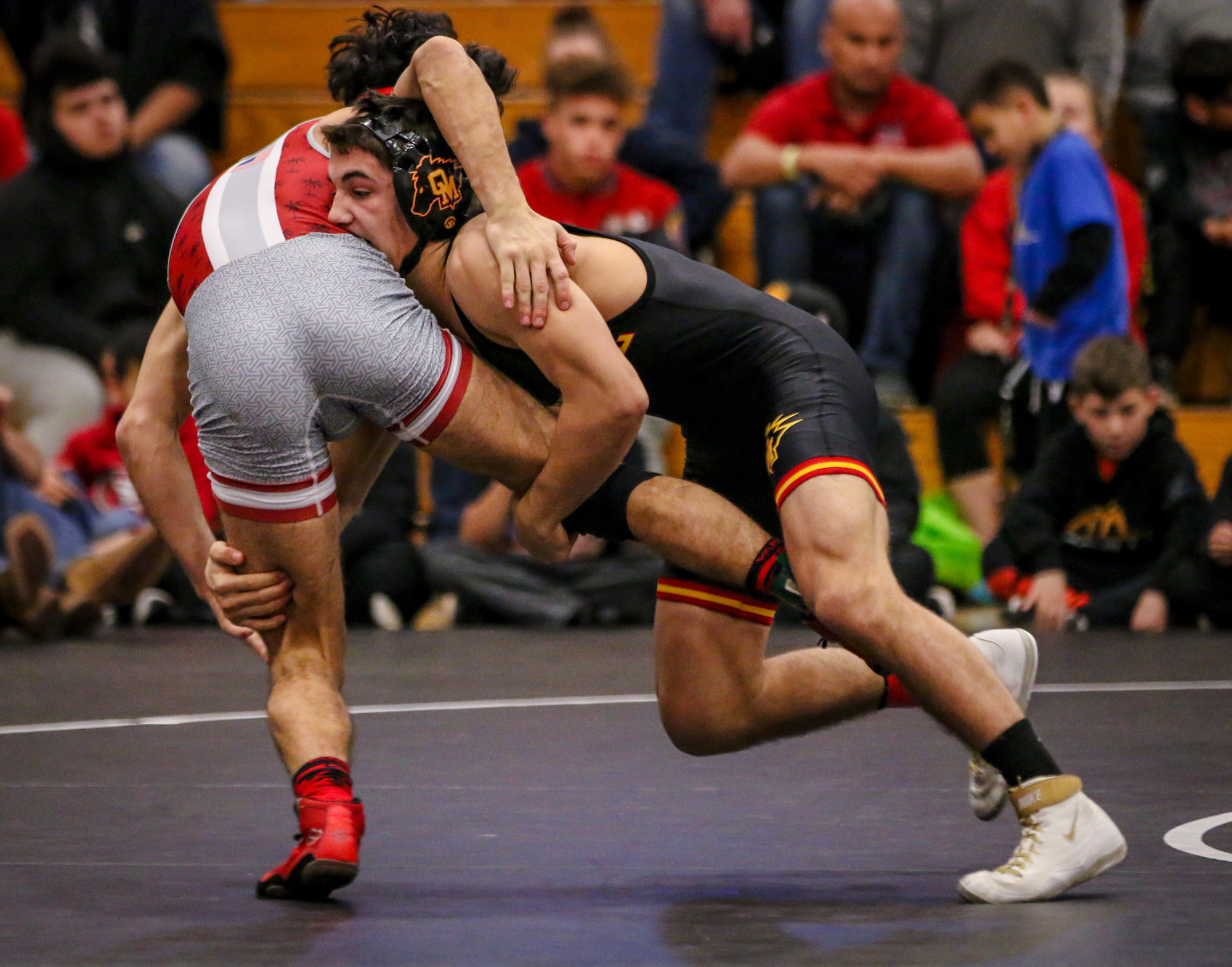 As Oakdale High sophomore Henry Porter waited along with other medalists for their awards, they shared a common concern.

“You placed in the top four, you get a board (in the past), ”Porter said. “I was shocked when I didn’t get one.”

There figured to be some unsuccessful changes as the girls merged with the boys for the first time at last weekend’s CIF State Wrestling Championships in Bakersfield.  Porter, a third-place finisher in the 106-pound class, touched on the switch – which eliminated bracket placards for those who finished second through fourth – that resonated more than the rest.

“They never told anyone they weren’t going to hand them out," he said. “Sitting with the other guys, that’s all we were talking about.”

Porter, a state runner-up last year, was the only wrestler in the area to be directly affected by the policies in both 2018 and 2019.

CIF officials tried to create gender equity. The girls state meet, now 9 years old, always awarded only the champion with a placard. Conversely, the boys have honored the top four on the podium with placards for many years.

This year, the boards were given only to champions. But no one was informed about the change until the podium ceremonies Saturday night.

Selma High senior Jace Luchau, a third-place finisher and the male student-athlete representative on the California USA Wrestling board, wrote a passionate open letter to the CIF afterward.

“The changes that have been made…have been more than disappointing,” Luchau wrote. “The icing on the cake came when I stepped on the podium Saturday night at Rabobank Arena to receive my award. …only no traditional bracket ever came my way.”

“I messed up by not putting that in writing,” he said. “I should have done that.”

Seymour explained that the CIF was hoping to bring wrestling in line with other sports in honoring its champions. Hence, the handing of wrestling placards only to champions.

Further, Seymour said that no placards will be handed out at future state meets. They’ll be available, but high school officials can make arrangements to receive them.

“We’ve been trying for some time to come up with an equitable (awards) process for all our state championships,” he said. “If the meet was still single-gender, the boards still wouldn’t have gone out to the second through fourth.”

The placards were only the flashpoints to several problems encountered at the state meet. Another issue was the nearly four-hour championship program Saturday night.

Seymour said the podium ceremonies, which were interspersed with the championship bouts for the first time, probably will return to their customary spot after all matches. Spectators were enraged that they weren’t allowed on the floor to take photos and videos.

Another problem involved the weigh-ins, already a headache given the fact athletes had to make weight three straight days.  National rules, which call for no longer than a two-hour wait between weigh-ins and competition, were broken.

For example, the boys weighed in early Thursday morning but did not compete until 1 p.m. This allowed for a recovery time for wrestlers who struggled to gain weight and compromised athletes who followed diet guidelines.  Coaches already have suggested different weigh-in times for boys and girls.

“I thought overall that the scheduling was good and things went smooth. The sessions ran ahead of schedule until Saturday night,” Seymour said. “Things will be tweaked. Knowing what we know now, we can change the format to make it better for everyone. We’re going to change the schedule to shorten the (weigh-in) gap.”

The Sac-Joaquin Section was pleased over Turlock senior Michael Jeffus’ heavyweight victory, the first state title earned by a section wrestler since 2015. The section hopes to keep its six state qualifiers in each weight class. … The 2020 state meet will mark the end of the current five-year contract for the use of Rabobank, the home of the event since 2004. Seymour said the CIF will seek bids for future state-meet sites beginning in October.