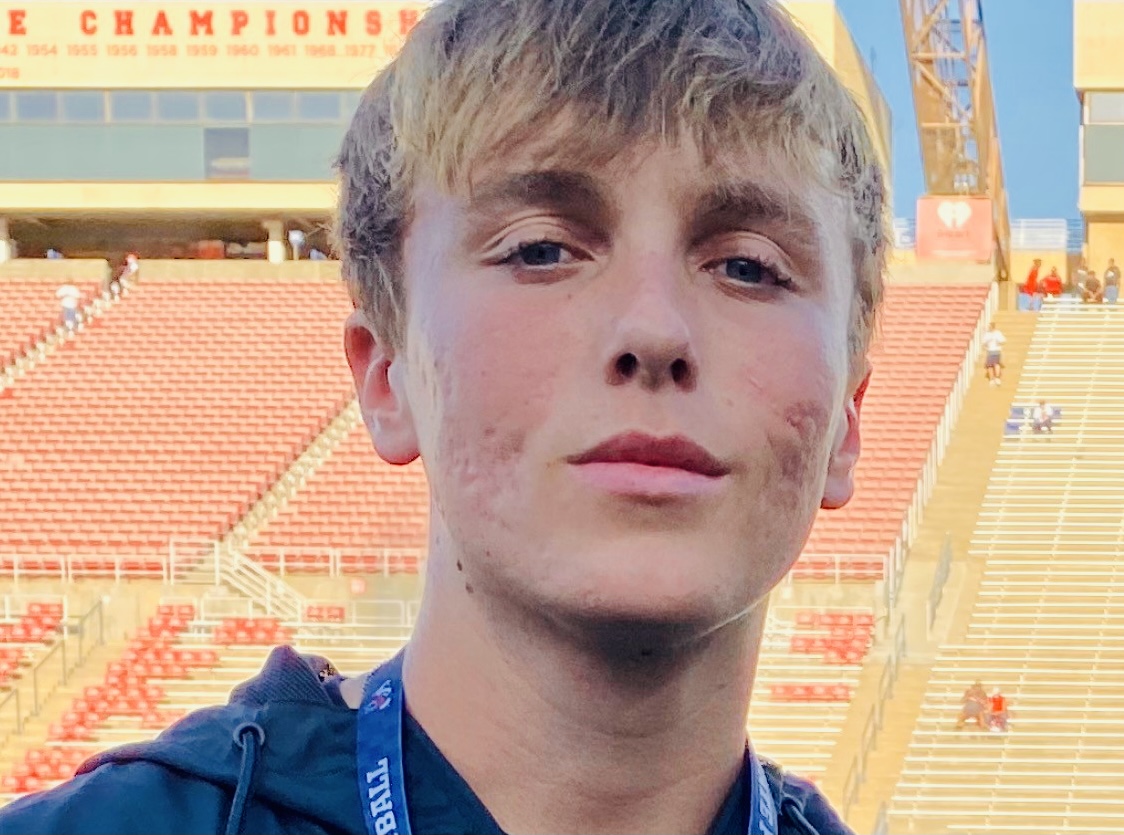 Instead, he marveled at the rapid progression of transfer quarterback Hudson Wyatt, who made his debut after sitting out the first month of the season, per CIF rules.

With Wyatt at the controls, the top-ranked Buffaloes (6-0, 2-0) finally opened up the playbook, throwing the ball a season-high 23 times in a come-from-behind 40-34 victory over the upstart Lancers.

Athlete of the Week: QB accounts for 7 TDs to knock off unbeaten

"We saw the 48-minute, rapid progression of Hudson," Varnum said with excitement. "In the first half, it was a weird start. We didn't have the ball much, but he progressed so much in 48 minutes. He got his feet wet and it was like, 'Alright, I need to get this win for us.' "

Nichelson, a bolt of lightning with long locks and Power 5 interest, has rushed for 1,042 yards and 17 touchdowns, and he's also scored six times on just 12 receptions. On Friday, Nichelson had five total touchdowns, including two through the air. He finished with four catches for 86 yards.

"What you have with Blake is a really good wide receiver who just so happens to be the area's best running back," Varnum said.

Moreland was Wyatt's top target, reeling in six passes for 100 yards and a touchdown.

"He's more of a pure passer," Varnum said of Wyatt, who was 11 of 23 for 204 yards and three touchdowns. "We can open up the passing game like we did in the second half. Garrison is a football player, but with (Wyatt), we're able to do more. We threw the ball 7 to 8 times the first five weeks. We threw it 23 times on Friday. That's not ideal, but we're able to be more balanced."

Despite Friday's scare, the Buffaloes remain the top-ranked team in the regional large-school power rankings, holding a slight edge over Valley Oak League foe Central Catholic. Manteca takes on winless Weston Ranch this week, before closing VOL play with the gauntlet: at Central Catholic, home versus Kimball, and at The Corral to face fifth-ranked Oakdale.

"They know that wasn't one of our top efforts, but fortunately, they got the job done," Varnum said. "They came ready to work on Monday. They're a funny group. They don't think about (the pressure) too much. They want to play football and have fun, maybe too much fun sometimes. As coaches, we sense (the pressure), but the boys just want to get back on the field."

Here's a look at the rest of the region's power rankings, both large and small school:

1. (1) Manteca (6-0, 2-0): The Buffaloes remain unbeaten but only by the slimmest of margins. Manteca was rescued by Blake Nichelson, who scored five TDs, including a pick-six to win the game in overtime.

2. (2) Central Catholic (5-1, 2-0): The Raiders rode hard-charging running back Aiden Taylor to a come-from-behind win at The Corral.

1. (1) Escalon (5-1, 2-1): The Cougars created four turnovers in a victory over Hilmar, including three interceptions, to cement their place atop the small-school rankings.

3. (4) Livingston (4-2, 1-1): Idle a week ago, the Wolves host second-ranked Ripon Friday in a game with serious TVL title implications.

4. (5) Waterford (6-0, 2-0): The Wildcats snapped an eight-game losing streak to Ripon Christian with a 28-21 victory. Waterford has won a school-record 10 consecutive games, dating back to last season.

T-5. (3) Hilmar (5-2, 1-2): Offensive struggles have sent the Yellowjackets into a free-fall. Losers of two straight, has Hilmar fallen out of the TVL title conversation?

T-5. (5) Sonora (3-3, 1-0): The Wildcats have outscored their last two opponents 93-0, including a 44-0 triumph over Amador to start Mother Lode League play. Sonora hasn't yielded a point since the 7-minute mark of the fourth quarter in Week 4.