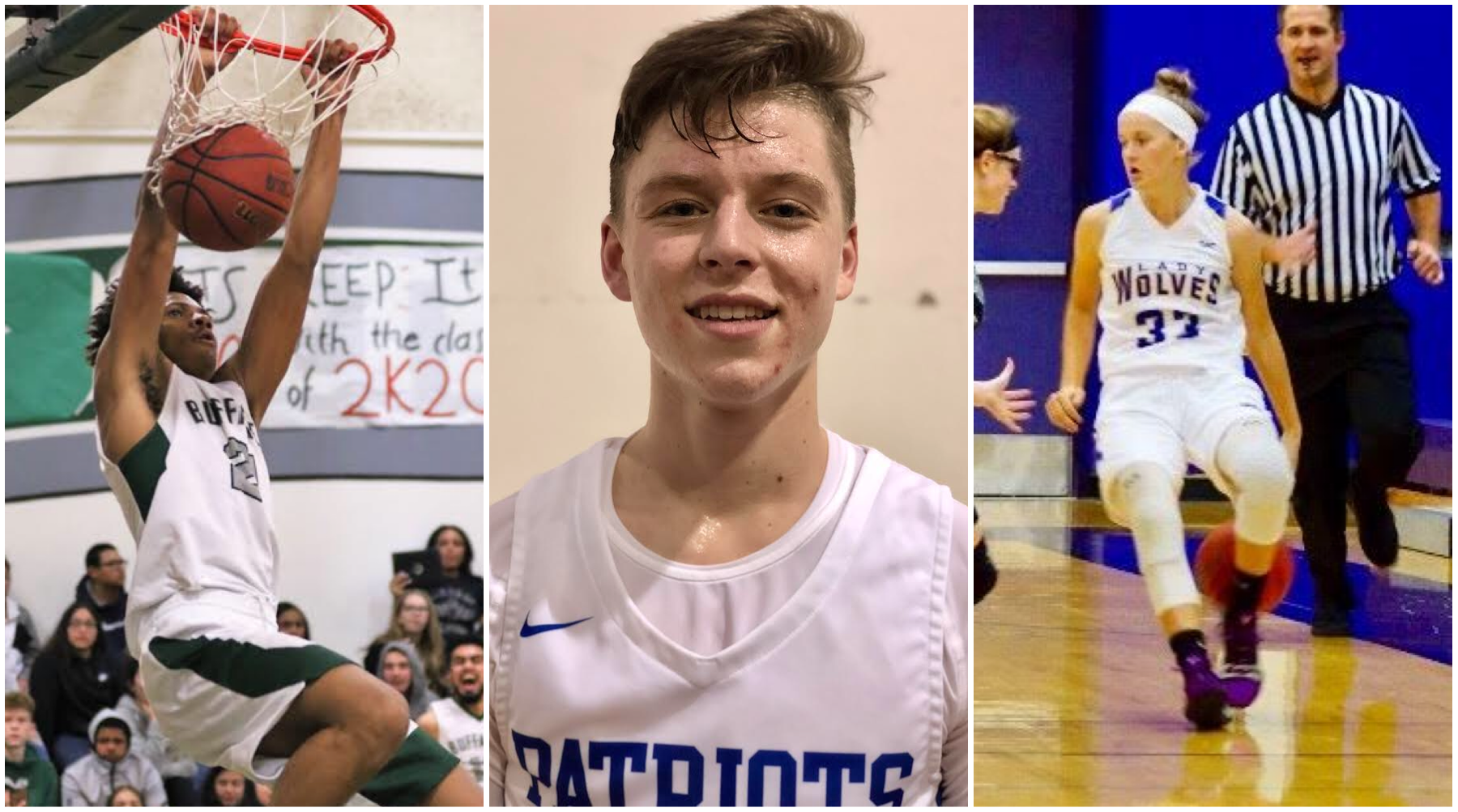 Manteca's Domonick Victor (left), Beyer's McKay Bundy (center) and Livingston's Annie Winton have been selected to play in the 6 County Senior All-Star Game on May 10 at Modesto Junior College.

When Ripon High’s Justin Graham was named a coach for the 24th annual 6 County Senior All-Star Game, the past came rushing back.

The feelings. The memories. The game. And of course, the names.

In 2006, Graham starred in one of the the region’s longest-running all-star events before playing collegiately at San Jose State and professionally around the globe. But of all the places he's ever been -- Europe and New Zealand, to name a few -- the 6 County Senior All-Star Game remains dear to his heart.

It was his proving ground.

“To play in the 6 County All-Star Game sort of solidified you as one of the better players in the area. In high school I was always trying to achieve that; trying to prove my worth,” said Graham, a Trans-Valley League MVP and Sac-Joaquin Section finalist during his four years at Ripon. “To be selected for it was a big accomplishment for me.”

In a full-circle moment, he’s back.

Graham earned his all-star selection after leading Ripon to its third consecutive Trans-Valley League title in his first season as head coach.

"We just love when we get those types of situations, when they start coming back," said Bobby Cole, event coordinator. "To have a star like him, who had great college career and played pro, it gives us a little clout and makes us feel good. It's an outstanding situation for the 6 County program."

The 6 County Senior All-Star Game will be played Friday, May 10 at Modesto Junior College. The girls’ game will tip off at 6 p.m. The boys’ game will follow at 8 o’clock.

“I’m just looking forward to being out there,” Graham said, “and seeing some of our area’s best upperclassmen play. … If you’re from the 209, this is the one (all-star game) you got to get into.”

Blue will be opposed by Red, coached by Orestimba’s Brent Azevedo and Sonora’s Lloyd Longeway, the architect of the Wildcats’ Sac-Joaquin Section Division IV championship run.

The girls will kick off the night with a sister-versus-sister storyline. The Valencia twins, Kelsey and Lexi, guided Atwater to a historic season. The Falcons captured their first league title since 1988.

For the first time in their careers, Kelsey will be opposed by her twin sister, Lexi Valencia, who will be coached on the Blue by Turlock’s John Williams and Escalon’s Joe Dalpogetti.