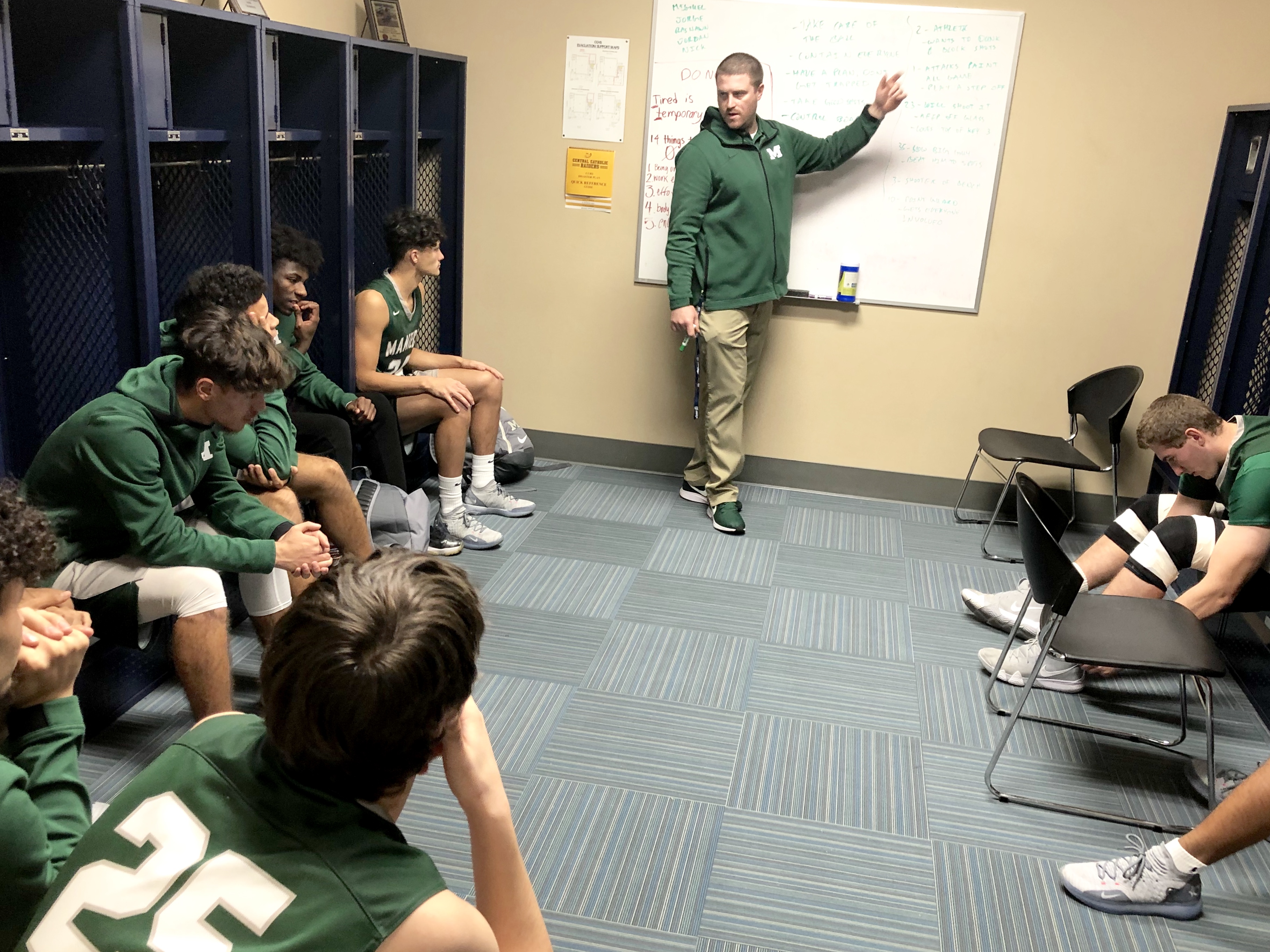 After nine seasons as a head basketball coach at Manteca and East Union high schools, Brett Lewis has been promoted to vice principal at Weston Ranch High School.

MANTECA — In the final weeks of the school year, Brett Lewis occasionally filled in as a substitute administrator at Manteca High School. Now that role is permanent.

Lewis has been named a vice principal at Weston Ranch High School, where he’ll oversee athletics along with other administrative responsibilities. The move, announced June 11, also unites his household. Lewis’ wife, Aubrey, is a teacher and activities director on the South Stockton campus.

“I am ready for a new challenge and I feel like the leadership abilities and experience I gained in the last nine years as a head basketball coach has set me up perfectly for my next chapter in my career,” said Lewis, who joins an administrative team that includes principal Troy Fast, another Manteca High disciple, and Roland Davis, the former athletic director.

His promotion signals a significant shift in power in the Front Row region, connecting two of the brightest young minds. Lewis looks forward to whiteboard sessions with Weston Ranch coach Chris Teevan, who guided the Cougars to a historic 31-win campaign in 2018. Weston Ranch rolled to a Sac-Joaquin Section Division III championship and put a serious scare into De La Salle in the first round of the CIF State Open Division Tournament.

“I believe I offer so much that can benefit Weston Ranch High School and the athletics program," said Lewis, who spent the last nine seasons building an impressive resume as a coach in the Manteca Unified School District.

In five seasons at Manteca, Lewis won nearly 70 percent of his games and had four 20-win seasons, despite routinely playing one of the stronger schedules.

“I enjoyed every minute being a head basketball coach at both of my stops,” Lewis said. “The challenges were so different, but so much fun. I was always very fortunate to have great student-athletes that made coaching so enjoyable.

“I was also very fortunate to have amazing coaches around me. Some of my greatest life experiences and achievements came coaching basketball. I am so grateful for this game for that reason.”

Manteca athletic director Bill Slikker is looking to fill three coaching vacancies. In addition to Lewis' departure, the varsity baseball and girls basketball coaching roles have been vacated. Decorated baseball coach Neil MacDannald has been promoted to vice principal at Manteca, while Ryan Bono stepped down as the girls basketball coach following the season.