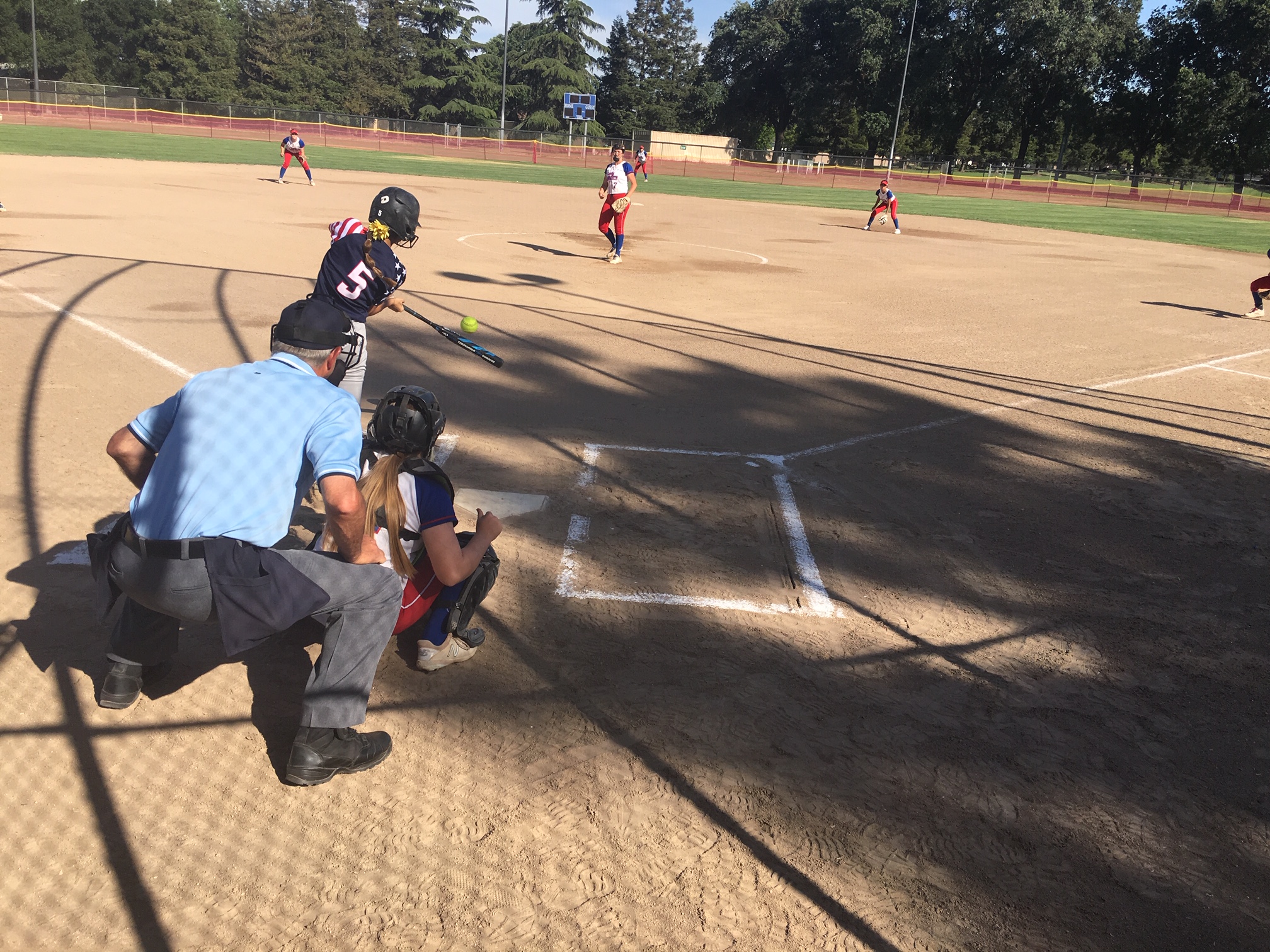 MANTECA – Hayley Leonard has taken to heart the advice her father gave her years ago. “My dad always said I should finish stronger than I start,” she said.

The No. 6-seeded Lancers (16-9), like their steady senior in the circle, gradually gathered steam on offense. Their reward is a daunting assignment Wednesday at Merced against No. 3 seed Golden Valley and Cougars star Marissa Bertuccio.

Beyer's Naveah Freitas opened the game with a single off Leonard’s glove, the first of four hits by Freitas. Minutes later, the Patriots plated a run and had runners in scoring position before an out was posted.

Leonard (14-3) responded with two strikeouts and a groundout, and an early crisis was averted. She eventually went the distance, negating seven base hits with seven strikeouts. The game mirrored her season – slow start followed by a finish that made her the Valley Oak League Pitcher of the Year. Leonard will continue her career at Cardinal Stritch University (NAIA) in Milwaukee.

“I was very thankful to Hayley Leonard. She has been an answer for us,” East Union coach Brian Goulart said. “She just spins it enough to keep batters off balance. She rallied this season.”

East Union, the VOL runner-up behind Lexie Webb and the Oakdale Mustangs, scored six of its eight runs against Beyer after two were out. Three of them came in the first, thanks to an RBI single by Mackenzie Salgado and Shelby Cefalu’s two-run homer.

Cefalu, a senior, put the Lancers ahead to stay with a no-doubt shot, her sixth of the season, far over the barrier in left-center.

The Lancers touched Beyer sophomore lefty Paige Fisher (13-4) for 11 hits, five of them for extra bases. Fisher struck out six – not shocking for a pitcher who fanned 148 while pacing the Patriots to a second-place finish behind Ceres in the Western Athletic Conference.

“From where we started, we had a good season,” Beyer coach Mike Young said. “Paige made a huge jump from a freshman to a sophomore.”

Seven of East Union’s nine losses have come against eventual league champions. One of them was to Golden Valley and Bertuccio in March, 6-0.

“She’s legit,” Goulart said. “We have a day to put together a plan against her.”