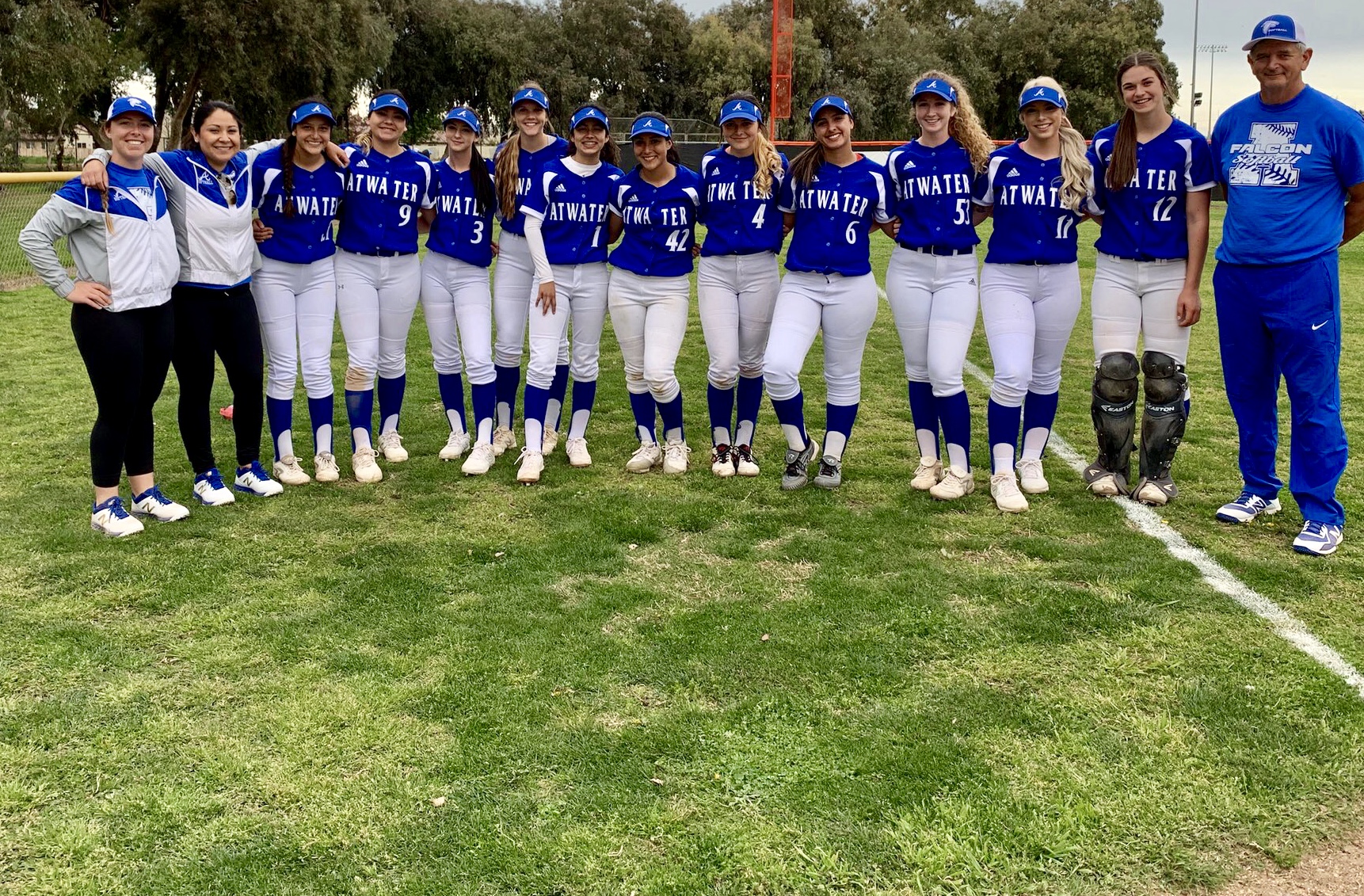 The Atwater softball team opened Central California Conference play with a resounding victory over Merced. (Courtesy of @AtwaterSoftball on Twitter)

1. (1) Oakdale (10-0-1): The Mustangs have won 10 of their first 11 games and remain unbeaten more than a month into the season. Oakdale thumped Kimball and Weston Ranch by a combined score of 33-0. Alexa Aguilar and Emily Smith drove in three runs apiece in a 23-0 win over Weston Ranch.

2. (2) Golden Valley (10-1): The Cougars have won eight in a row, including all three games last week by shutout. Senior Marissa Bertuccio had a week to remember. She was 9 of 10 at the plate and 3-0 inside the chalked circle with 40 strikeouts in 19 innings.

3. (4) Enochs (7-1-1): The Eagles fly into a pivotal week after crushing Modesto and Pitman in Central California Athletic League contests. Raquel Chaidez tossed back-to-back one-hitters, and five players drove in at least two runs in a 19-0 victory over the Panthers.

4. (5) East Union (5-5): The Lancers opened Valley Oak League play with a bang, blasting crosstown rival Sierra in their opener and then running wild on Weston Ranch. After losing four straight, East Union has righted the ship in time for a difficult stretch. Games with Tracy, Manteca and Oakdale loom.