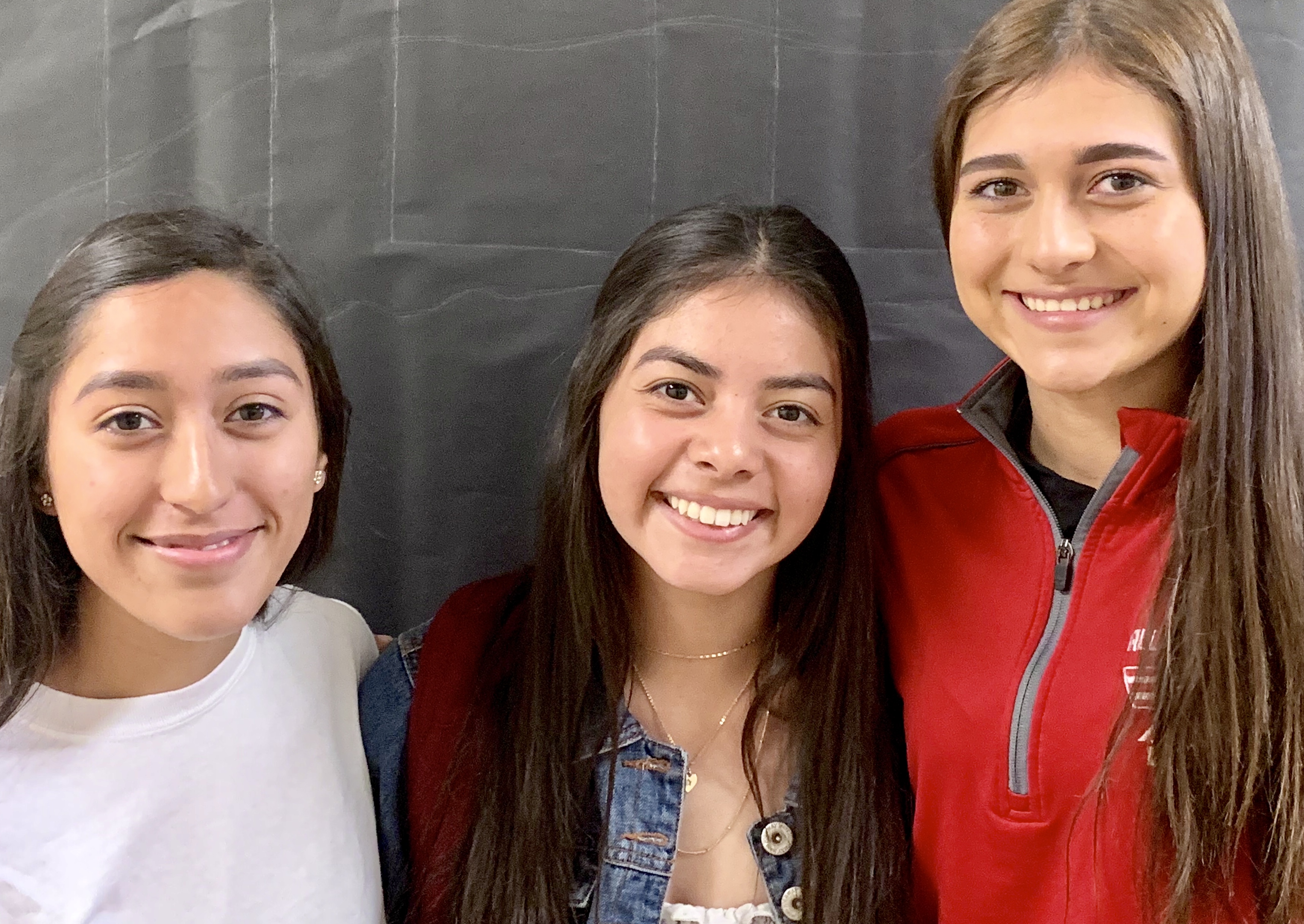 The Pacheco softball team is home to three of the top baserunners in the Sac-Joaquin Section, from left: Yosselin Castillo, Alexis Parra and Sarah Garcia.

Softball's statistical leaders: 'Rabbits' running wild on the West Side

Editor’s Note: The FrontRowPreps.com statistical leaders, presented by Joaquin Painting, will publish every Monday during the regular season. Only athletes who have statistics entered into MaxPreps will appear on the leaderboards. Statistics as of Sunday, March 17.

LOS BANOS — Rabbits are running wild on the West Side.

These aren’t the fluffy-tailed, long-eared hoppers that live in the fields. These are three of the fastest players in the Sac-Joaquin Section, and their speed and wit on the base paths have lifted the Pacheco High softball team as it waits for the boppers — not the hoppers — to come around.

The Panthers are 6-4 and barrel into the new week on a two-game winning streak. Pacheco kicks off a three-game homestand with Lathrop on Tuesday, Stone Ridge on Christian Wednesday and Davis on Thursday.

“We talk about knowing who we are,” Pacheco coach Charlie Pikas said. “We’re not the kind of team that will hit the ball all over the yard and hit home runs. We rely on our speedsters. We have four or five girls that can get on and work their way around, and when we put the ball in play, good things have been happening.”

He calls those speedsters “The Rabbits.” Yosselin Castillo leads the section in stolen bases with 22 through the first 10 games. She is followed by Alexis Parra, second in the section with 13 stolen bases. Teammate Sara Garcia joins them in double figures with 10.

As a team, Pacheco has swiped 64 bags.

“We spend a lot of time working on reading the ball as baserunners and picking up the tendencies of the defense,” Pikas said. “Yosselin has stolen home twice just because the catchers and pitchers have not been paying attention to her. A lot of it is instinctual, because it’s stuff we work on in practice.”

Castillo is the pace-setter. She is third in the state in stolen bases and ranks among the region’s leaders in hits with 16 from the leadoff position. Pikas sprinkles speed through his lineup, realizing there are four girls capable of sparking a rally at any moment. Castillo and Parra are entrenched as the first two hitters, while Garcia and Elizabeth Cornejo (five stolen bases) occupy the fifth and sixth holes.

“We’re about putting pressures on the defense,” Pikas said. “If teams can take that away, we might have to figure some other stuff out. Right now, it’s working.

“We call them our ‘Rabbits.’ They take a lot of pride in that … and we keep reminding ourselves that that’s how we play and that’s who we are.”