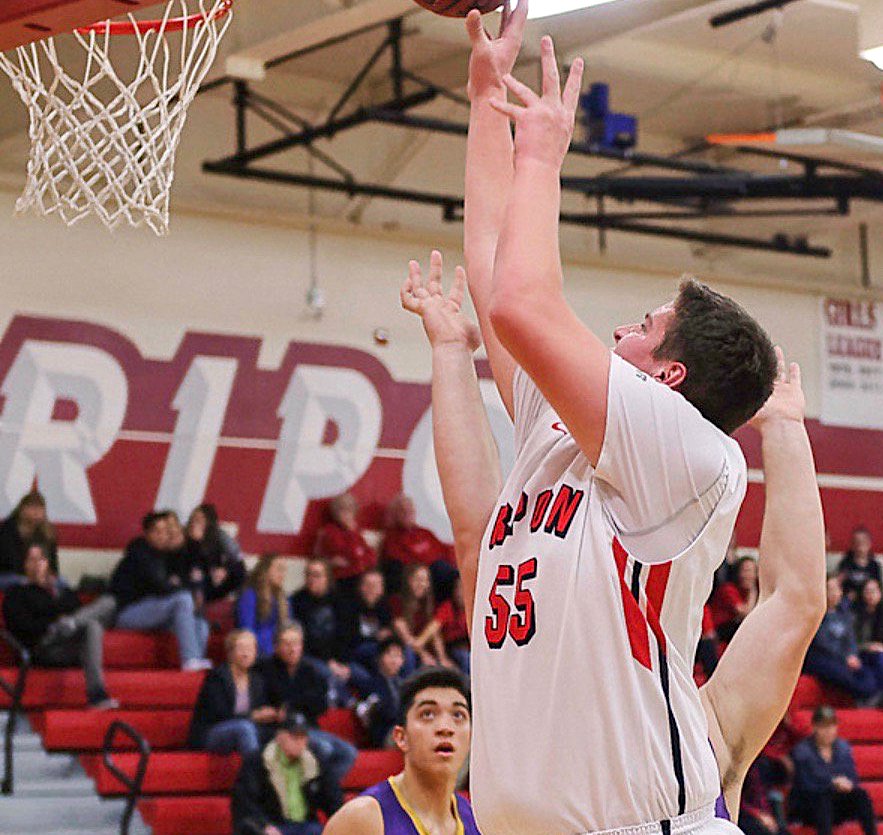 Senior center Vincent Olmo is averaging a double-double for the No. 2-ranked Indians, a team searching for its third straight Trans-Valley League title.

1. Sonora (15-5): Led by junior Austin Patterson, the Wildcats have been the best small-school team in the region, despite a stunning loss to No. 4 Calaveras last week. Sonora was beaten by a 3-pointer at the buzzer. Nevertheless, the Wildcats’ resume is boosted by victories over Vanden, Ripon, Ripon Christian, Gregori and Central Catholic. No other small-school team can boast a ledger quite as impressive.

2. Ripon (9-10): Don’t be fooled by the less-than-stellar record, the Indians have the pedigree and coaching to make a run at a third consecutive Trans-Valley League title. Ripon has won four straight since a humbling experience at the Holiday Hoop Classic, including a 72-66 victory over No. 3 Argonaut. Six-foot-9 center Vincent Olmo has been a man amongst boys, averaging a double-double for the surging Indians.

3. Argonaut (11-7): The Mustangs have grabbed the early pole position in the Mother Lode League with victories over Summerville and Calaveras, but a showdown with Sonora looms on Tuesday. Argonaut is the hottest team in the Mother Lode with wins in four of its last five games, including three in a row, but it will need to prove itself against the region's top-ranked team.

4. Calaveras (12-8): If it weren’t for a buzzer-beating 3-pointer by John Millsaps against Sonora, Calaveras might have tumbled outside the top-5. After winning its first seven games of the season, Calaveras has lost eight of its next 13, including four of its last five. The victory over Sonora is huge, though, because no other small-school team from the region has beaten the Wildcats.

5. Ripon Christian (12-6): The reigning Sac-Joaquin Section Division VII champions are the only threat to Ripon’s bid at a third consecutive TVL title. A hero on the football field, 6-foot-8 senior Cade Alger has been a catalyst for the basketball team, too. He’s averaging nearly 17 points and 11.2 rebounds per game for the Knights. Ripon Christian renews its rivalry with Ripon on Friday at Ripon High.