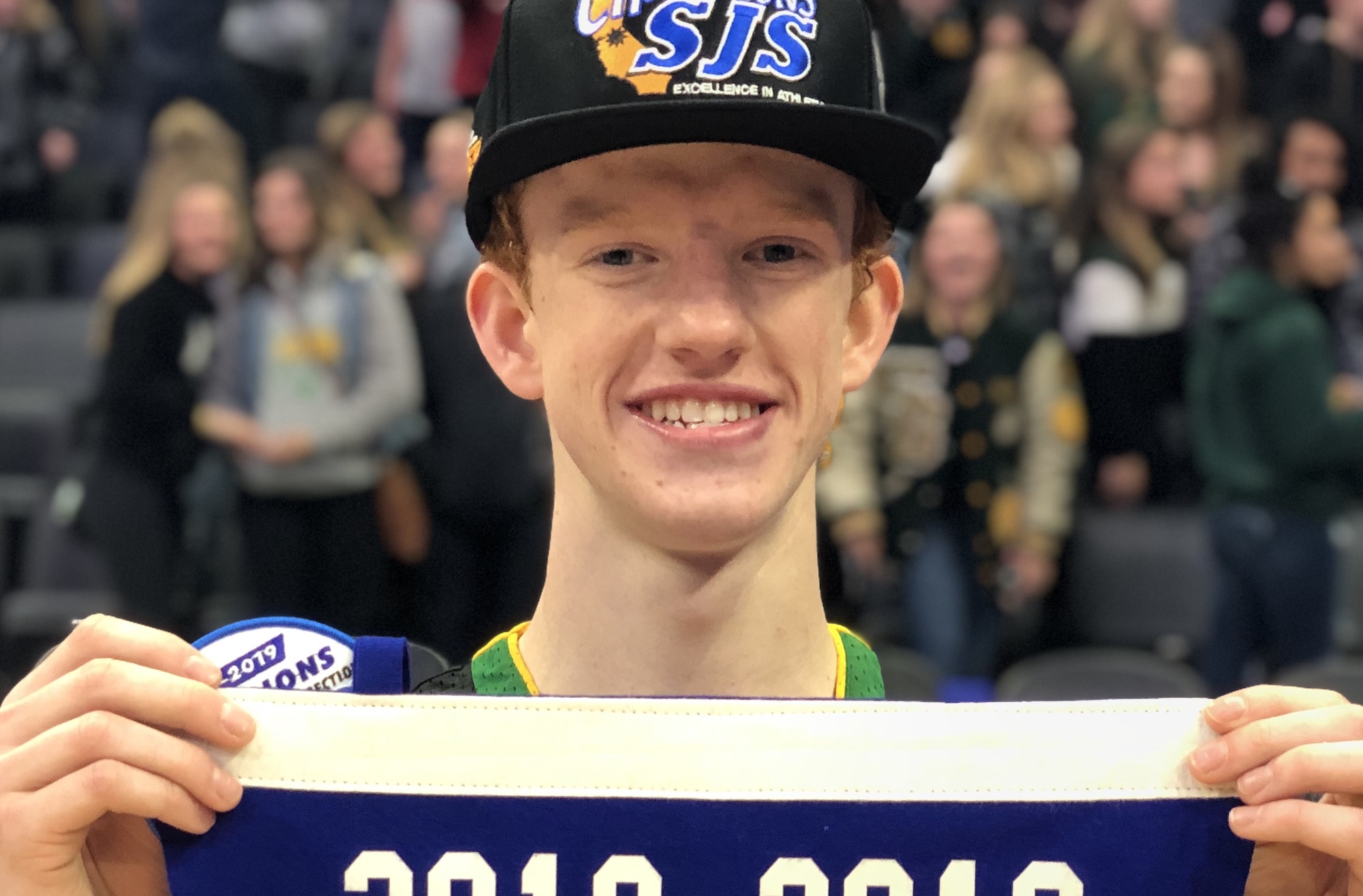 SACRAMENTO — Years from now, when the story of the 2018-19 Sonora boys basketball team is retold, redheaded Austin Patterson — the Ginger Ninja — will be the focal point of those tales.

Patterson, who leads the team in scoring with 22.5 points per game, hit the tie-breaking 3-pointer with 30 seconds to play, sparking a 73-71 victory over Liberty Ranch at Sacramento's Golden 1 Center and giving the Wildcats their first Sac-Joaquin Section championship since 1992.

The 5-foot-7 senior point guard didn’t score a point for the first 31 minutes and 38.5 seconds of the Division IV final, but was sent to the line with 21.5 seconds to play and Sonora holding a precarious 71-70 lead.

Calindas calmly stroked two free throws, giving the Wildcats a 73-70 cushion, and the knowledge that one shot could not end their season.

More important than knowing that one shot couldn’t end the season, Calindas’ free throws mean that Liberty Ranch likely had to put up all shot attempts from distance.

The Hawks did … and none of the attempts were close.

Patterson, who finished with 28 points on the night, ended a 5-0 Liberty Ranch run with his bomb. Leading 68-63 with 1:22 to play, the Hawks tied the game in about 50 seconds, quieting a Sonora crowd that had been ready to celebrate.

Media members and section officials along press row were getting ready for overtime, but after calling a timeout, the Ginger Ninja received the ball in the right corner ad calmly threaded a 3-ball with a Liberty Ranch player in his face.

Only a ninja would know that.

“I was thinking about that myself just now when I was walking into the (interview) room,” said Sonora coach Lloyd Longeway, who has guided the Wildcats to two 20-win campaigns and two trips to the playoffs in his two seasons at the helm. “I mean, you’ve got to have a lot of huevos to take that shot. I don’t know if I’m supposed to say that. But … he took it right on that guy. That’s the kind of season he’s been having. Just super proud of him. Super proud of the team. It was just nice to see him step up to that moment.”

The Wildcats’ season will continue when they take on an opponent in the Northern California regional tournament against a team to be determined.