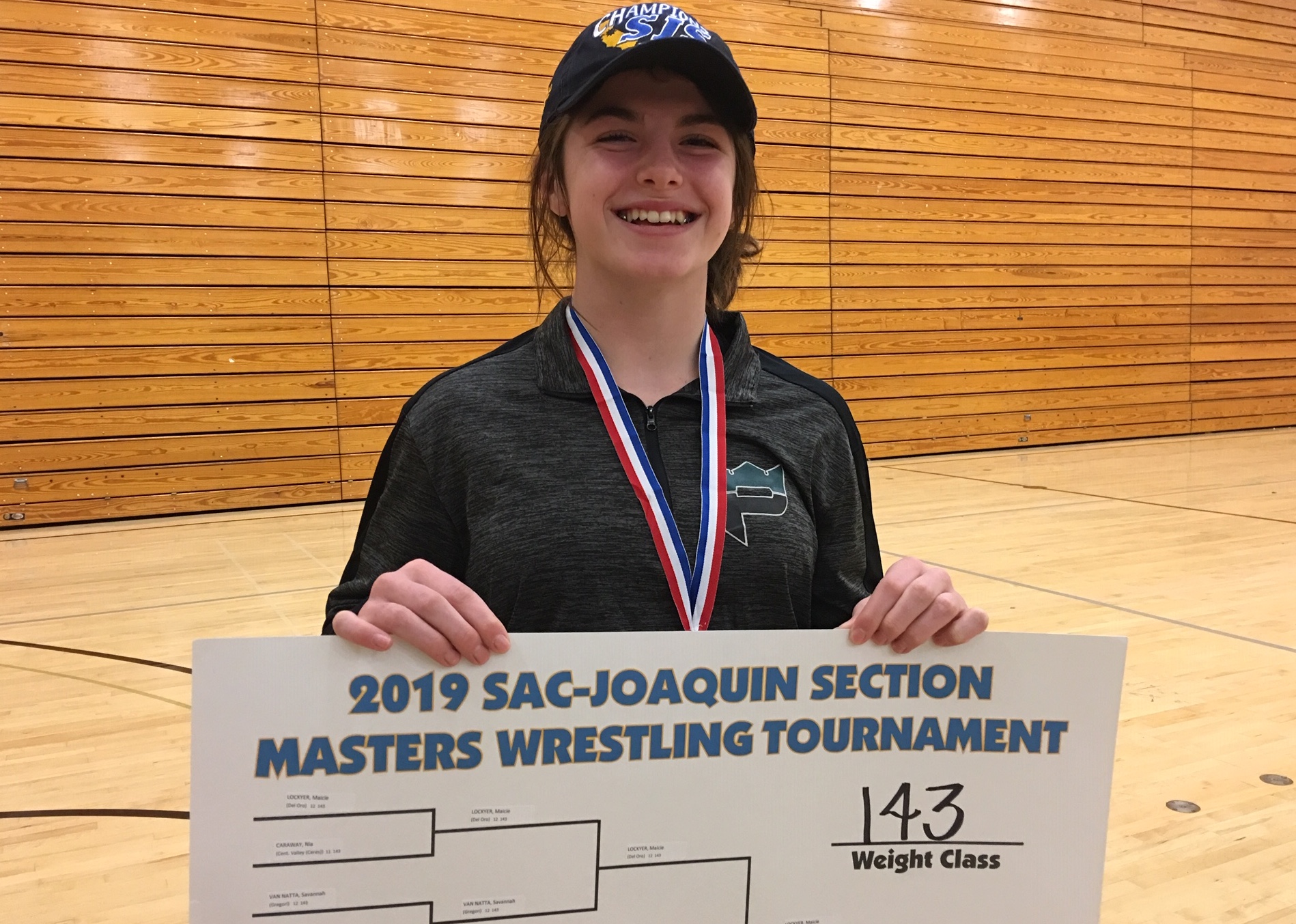 Pitman freshman Lilly Freitas improved to 29-0 with her championship run at the Sac-Joaquin Section Girls Masters on Saturday, Feb. 16, 2019 at Lincoln High in Stockton.

Freitas (29-0) may have been the most dazzling. She overwhelmed the 143-pound class with four wins – the first by a 17-2 tech and the last three by first-round fall.  In the final, she needed only 18 seconds to pin Maicie Lockyer of Del Oro.

Freitas will arrive in Bakersfield’s Rabobank Arena, the site for the first coed CIF State Championships next week, with glossy credentials. She’s won 26 of her 29 matches by fall this season.

“I don’t really feel the expectations,” Freitas said. “I’m just happy to be the first girl from Pitman to go to State. They’ll be a lot of college coaches looking at us. It will be a good experience.”

Ward (32-4), a talented lightweight at 101, captured her third Masters title in similar take-charge style. One win was an injury default but the other three came via pins, the last a second-round finish over Monica Verdugo of Atwater. Ward placed fifth in the state last year and eighth in 2017.

Vergara (26-0), a state finalist in 2018, also claimed her third Masters championship. Like the other two local title winners, she didn’t waste any time. She won all four matches at 170 by fall, though Angel Vasquez of Stagg extended Vergara into the third round of the final.

Durham won the team title. The highest area finisher was Pacheco at eighth.