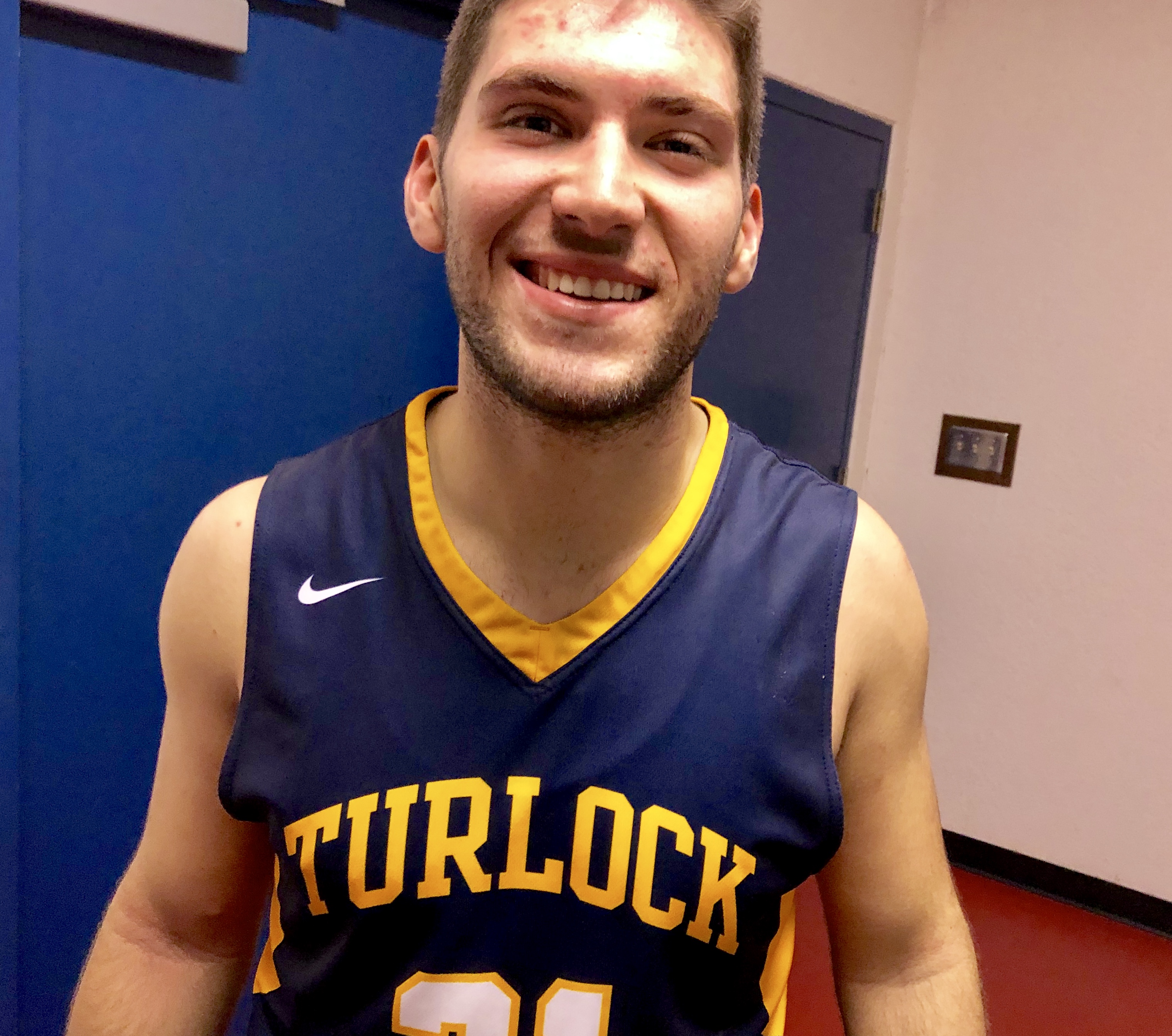 'Turlock legend' has played in 4 Classics, and the experience is paying off.

Cameran Sherwood stepped into the hospitality room at the Holiday Hoop Classic, where coaches, referees and tournament officials gather, and was immediately showered with praise.

Sherwood may not be a city legend — yet — but his place in the history of this tournament is preserved. The Turlock senior guard is the only player in this year’s field (16 teams and more than 160 players) to have appeared in four Classics.

That experience proved beneficial in Wednesday’s opener when Sherwood powered the Bulldogs to a 62-59 upset victory over St. Patrick-St. Vincent, a small-school Bay Area juggernaut. Sherwood called it the Bulldogs’ biggest win in years, and no one who has followed Central Valley high school hoops would call his bluff. Turlock (6-7) has languished around .500 all season long, losing leads and eventually games with sloppy, selfish play down the finish.

Sherwood buried three 3-pointers in the fourth quarter, each the product of an extra pass, as the Bulldogs answered a Bruins charge with one of their own. The fourth-year varsity guard said he called on his Classic experience to help Turlock avoid another late collapse.

“The experience came into play. I’ve been playing in this tournament for four years now,” Sherwood said. “You’re not scared of the moment. It’s almost like it’s another game. Late in the game, when they took the lead, a team like ours, we’ve lost those games at the end. Being able to not fold and stay within ourselves was huge.

“You hit a couple 3s here and you can feel the crowd,” he added. “It feels like the crowd is leaning over in their seats. Like they’re right on top of you. Anywhere else, it’s like, ‘Oh, good for me.’ ”

Sherwood’s confidence on the Crusaders’ home court has grown over the years. Naturally, as a freshman, he was wide-eyed and overwhelmed. The floor felt bigger. The crowd sounded louder. And the lights … boy, were they bright.

“The competition my freshman year was like, ‘Wow.’ Seeing everybody play at that level is something I aspire to do,” Sherwood said. “It motivated me and pushed me to say, ‘This is where I need to be. I need to work on my game if I want to compete in a tournament like this.’ ”

Competing comes easy to Sherwood, a football star in the fall. He was a sure-handed tight end for the Central California Athletic League champions, running under passes from league MVP Jonah Kosakiewicz.

On the hardwood, Sherwood is second on the team in scoring (13.8) and rebounding (3.8) and leads the Bulldogs in assists (3.1) and steals (1.8). On Wednesday, he finished with 23 points, sniping St. Patrick-St. Vincent and launching Turlock into the champions bracket.

The Bulldogs tangle with Weston Ranch at 4:30 p.m.

“The competition isn’t any easier, but you feel more comfortable on the court,” Sherwood said. “You get a feel for it. The level of play, no matter what, you know you’re going to get a team’s best game, especially in a tournament like this. I’ve learned to stay composed.”

Hopefully, Turlock has learned a thing or two.

Coach Doug Cornfoot can look back at his team’s ledger and point out five winnable games against regional foes, including East Union, Manteca, Sierra, Merced and Golden Valley. The difference between those games and Wednesday’s win, Sherwood says, is the team’s chemistry in crunch time.

“Games like that, we proved to ourselves that if we play together and move the ball we can be a pretty good team,” he added. “We can compete with teams that are bigger than us. Out here, size doesn’t matter. If you compete and play as a team, you can play anybody.”