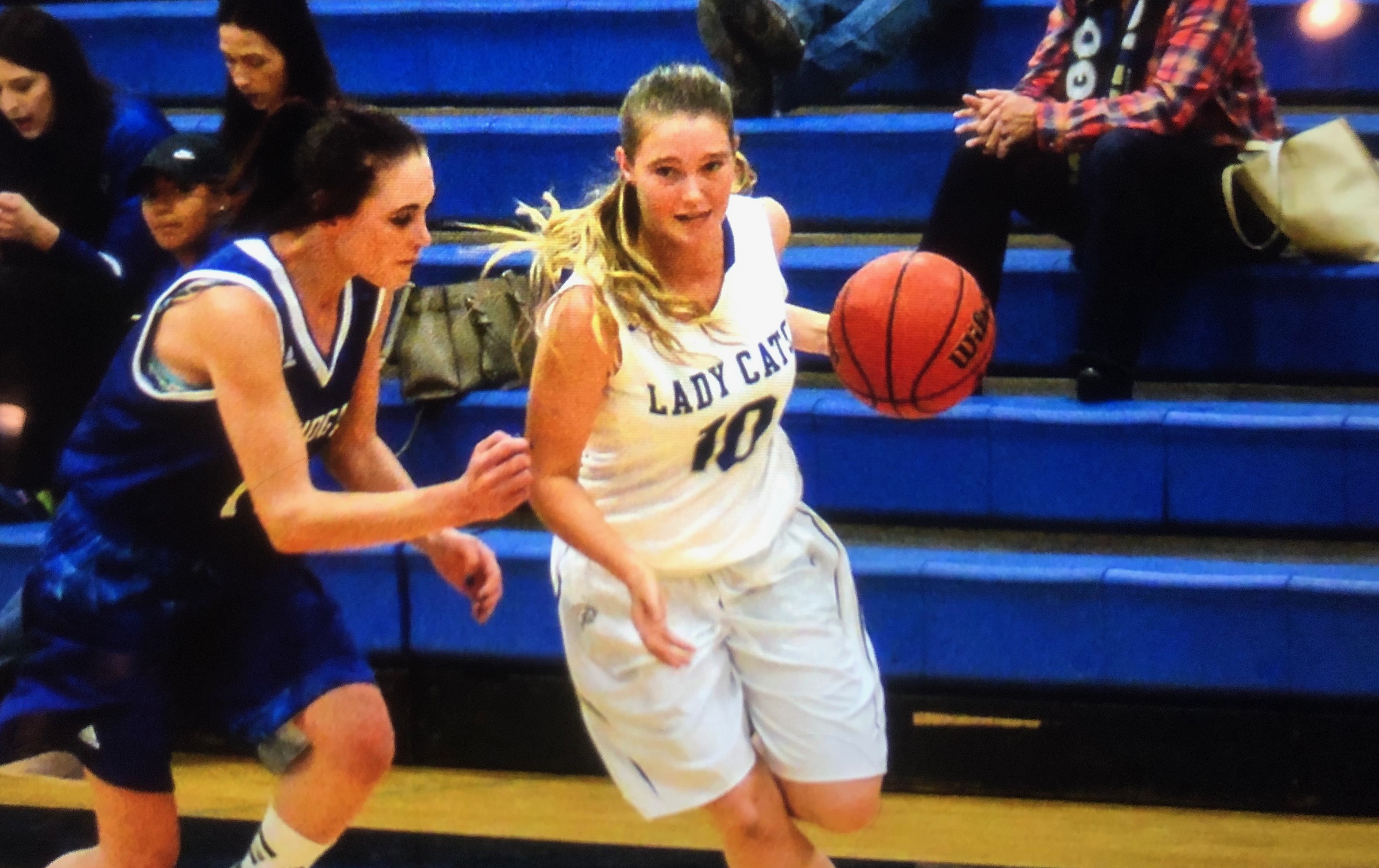 Waterford senior Taylor Brewer is the program's most prolific scorer. She owns the single-game, single-season, and now the career scoring mark after a 26-point performance in a win over Gustine on Thursday, Jan. 24, 2019. (Waterford High)

'We were desperate.' It took a historic night to keep this girls' team in the hunt.

WATERFORD — A season full of promise and potential hung in the balance, and truthfully, Joshua Whitfield wasn’t sure if his Waterford girls basketball team could stomach the anxiety and tension.

“There were a lot of nerves in the locker room before we came out,” he said after a 66-41 victory over Southern League foe Gustine. “We’ve had a disappointing year. This is probably the most talented team I’ve had, but we’ve struggled to put everything together at the same time.”

Not on Thursday. Not with its playoff hopes on the line.

Using MaxPreps’ division rankings as a barometer, Whitfield circled Thursday’s game with Gustine on the calendar. Must. Win.

Both teams sit on the bubble in the Sac-Joaquin Section Division V playoff picture, resting just outside MaxPreps’ top-10. Any team ranked in the top-10 at season’s end earns an automatic playoff berth, regardless of league finish.

Entering Thursday’s game, Waterford was No. 11 and Gustine No. 12. A loss would have been devastating to the Wildcats’ playoff chances.

“We were desperate,” said Whitfield, whose team is chasing No. 10 Buckingham Charter of Vacaville, a team it throttled in the first round of the Division V tournament last season. “If we would have lost tonight, it would have been over because Gustine would have jumped us.”

Instead, Waterford peppered Gustine with a 1-2 punch growing more lethal with every game. Senior Taylor Brewer and junior Alexa Aguilar put together a historic performance, combining for 56 of the team’s 66 points. Brewer became the program’s most prolific scorer, passing 2018 graduate Alyssa Silva for most career points. Brewer finished with 26 points and 11 assists, and now has 1,161 points in two-plus seasons at the varsity level. Silva scored 1,156 points in three varsity seasons.

Brewer, who is averaging 20.2 points, now holds the single-game, single-season and career scoring marks at Waterford.

Brewer’s historic feats have come during a season of great turbulence. After starting 8-3, Waterford lost six of its next nine games, including four straight Southern League contests to start the new calendar year.

Since then, though, Whitfield’s team has stabilized — and the wins have followed. The Wildcats have won three of their last four games and take that momentum into the final two weeks of the regular season. Three of the team’s last four games are at home.

“We’ve gone back to the basics,” Whitfield said, “and it’s worked out for us.”

More specifically, Whitfield says the turnaround can be attributed to Aguilar’s development as a point guard. She leads the team with 69 assists, including seven dimes against Gustine. It helps to have one of the top scoring guards in the southern half of the section, too.

“We brought her up as a sophomore last year and felt she developed really well. We moved her to point guard, and as a point guard she doesn’t turn the ball over a lot,” Whitfield said. “She makes good, safe decisions, and she is a very humble player. She isn’t a ball hog.”

Her numbers support that claim.

Aguilar has scored in double figures just seven times in 17 games, but she erupted for a career-high 30 points against Gustine, stealing some of the shine from Brewer. Aguilar was 11 of 18 from the floor, connecting on seven 3-pointers.

“She just couldn’t be stopped,” Whitfield said. “She’s had a couple of double-digit games, but she’s never had the self confidence to open it up. We’ve begged her and begged her. We’ve been waiting for it to happen.”