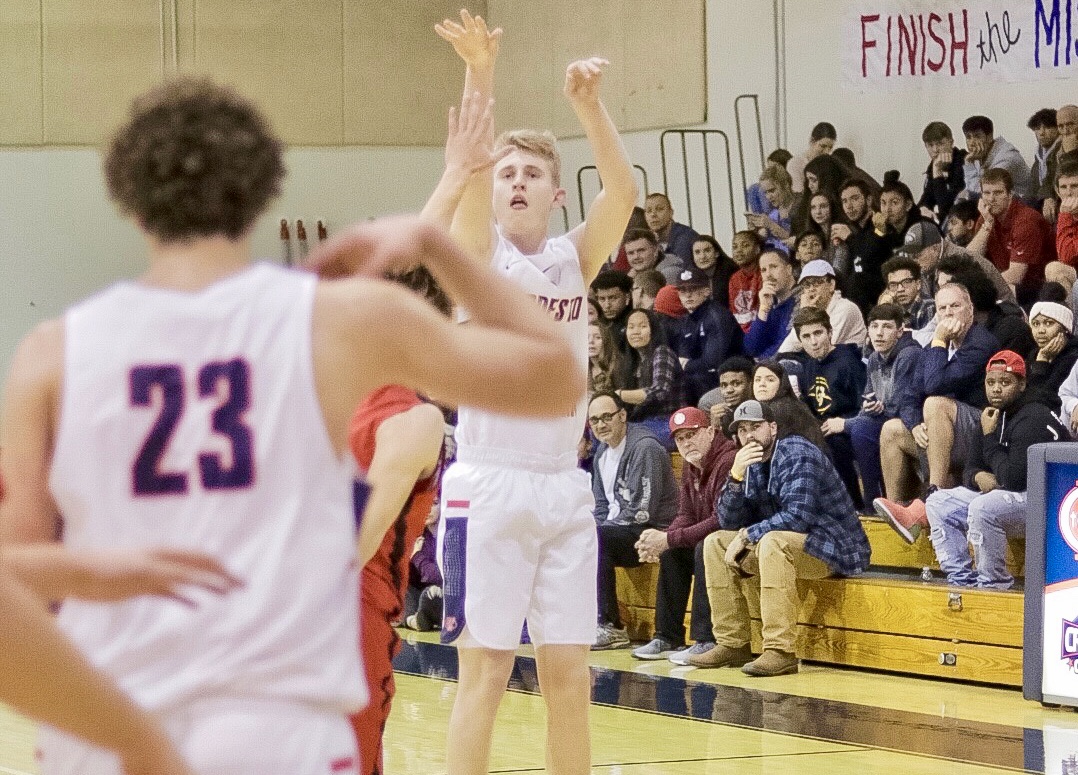 Modesto Christian freshman Devin Day was one of four players named to a Cal-Hi Sports underclassmen team. Day knocked down 106 3-pointers, emerging as one of the top new talents in the state.

Which boys basketball players made an All-State underclassmen team?

With two CIF State Open Division qualifiers, two Sac-Joaquin Section champions and six section finalists, the question isn’t “How good was the boys basketball in the FrontRowPreps.com region this winter?”

The question is “How much better can it get?”

The answer: Lots, as witnessed by the crop of talent set to return for the 2019-20 season. Four of those players have been named to the Cal-Hi Sports All-State underclassmen teams, including two apiece from Modesto Christian and Weston Ranch, the top programs in the region.

Modesto Christian (27-8) captured a share of the Tri-City Athletic League title in its first season in the conference, and then clawed its way to Sac-Joaquin Section Division I and Northern California Open Division final appearances. In each game, the Crusaders were dispatched by Sheldon.

Weston Ranch (31-2) captured Valley Oak League and Sac-Joaquin Section Division III titles, and then stepped into the ring with the state’s best. The Cougars entered Open Division, arguably the toughest high school basketball tournament in the nation, and lost a nail-biter at De La Salle. Led by American Chevrolet Player of the Year Gavin Wilburn and super sophomore Donjae’ Lindsey, the Cougars finished with a school record 31 wins.

Both players landed on an all-state team. Wilburn, a 6-foot-4 do-it-all forward, was named to the All-State Juniors first team, while Lindsey was a second-team selection for All-State Sophomores after leading the team in scoring (team-high 15.3 points). Wilburn averaged 11.7 points, 7.7 rebounds, 3.4 assists, 1.2 steals and 1.1 blocks.