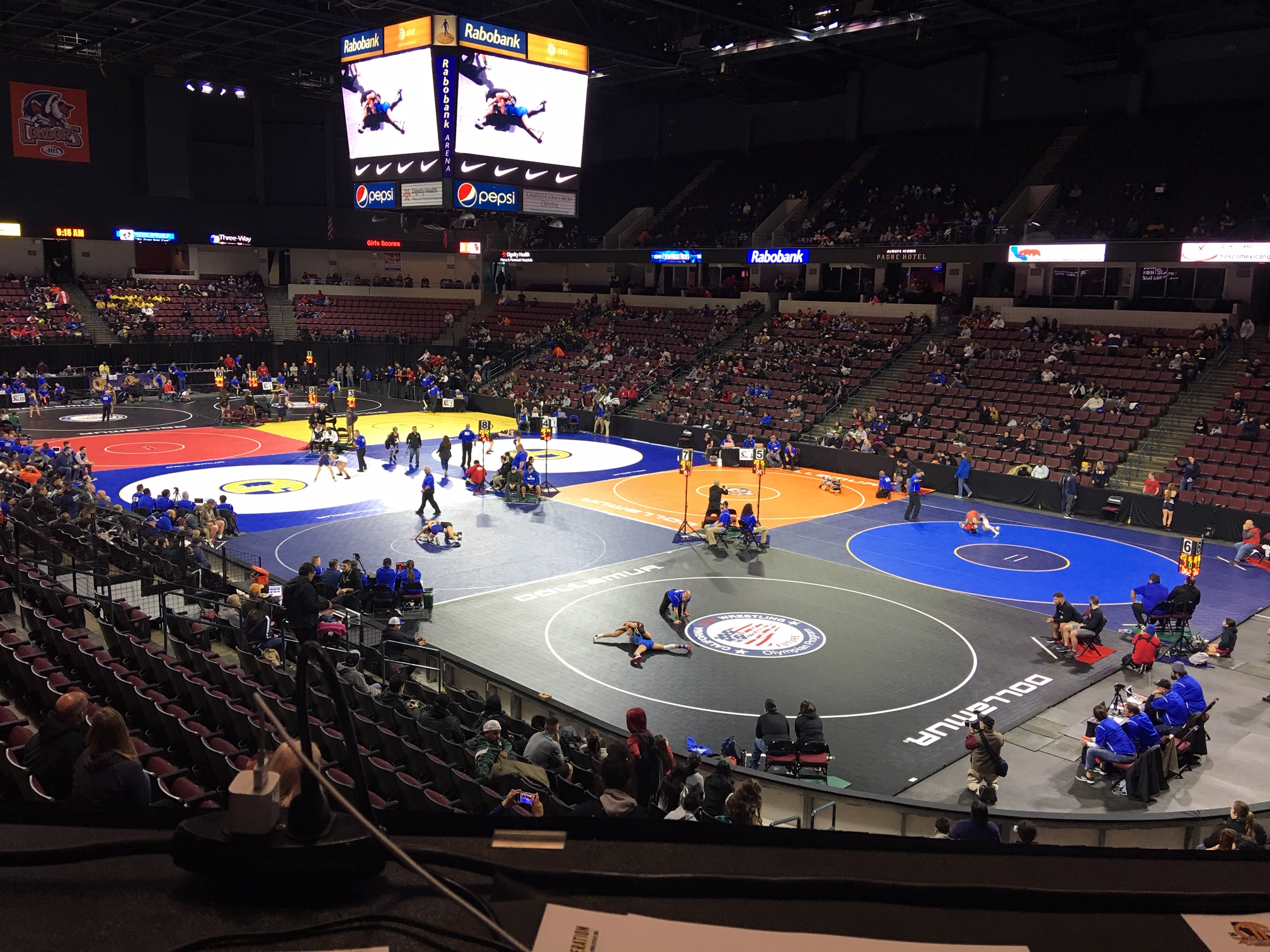 The CIF State Wrestling Championships, to be held Feb. 26-27-28 at Mechanics Bank Arena (formerly Rabobank Arena) in Bakersfield, will feature boys and girls competition for only the second time.

It comes from screaming parents and fans in the bleachers, shouts of encouragement on the mat for teammates and feverish instruction from the coaches at their respective corners. The mere sound is different from the weekend meets.

Why? Because these are team competitions – not unlike dual meets – where every match carries weight.

Such is the backdrop for the Team Duals, to be held Saturday at Lincoln High in Stockton.

“Your best kid can only do so much for you. He can only get six points,” Pitman coach Adam Vasconcellos said. “He is equal in impact to the 12th or 13th kid in your lineup. It (the team duals) gives more value to every kid on your team.”

Another thing: More than any other time, the wrestlers are working hard for their teammates.

Golden Valley took control of the CCC this week with a 37-27 victory over El Capitan, a fitting 50th birthday present for veteran coach Chopper Mello. The Cougars had not won the CCC since 2014.

Calaveras sealed its 13th straight MLL title with a convincing 48-15 win over Sonora. It will be promoted to Division IV for the section duals. Pitman stopped Turlock 54-21 in front of a huge crowd at the Pride’s gym, thus nailing down Pitman’s fifth CCAL title over the last seven years.

Tri-Rivers Athletic League rivals Buchanan and Clovis, the Division I finalists, elected in advance not to collide until its conference showdown Feb. 6 at Clovis. Just a hunch:  They won’t skip the final in the future if the meet is sanctioned. Buchanan is ranked No. 1 in the state by The California Wrestler. Clovis is fifth.

Oakdale was promoted to D-I at Lincoln and will join Elk Grove, Vacaville and Del Oro. The Mustangs, who’ve won the VOL the last 14 years, seek a section-record 12th straight crown at the Section Duals. Also at Lincoln are Trans-Valley League champion Hilmar and Southern League-winning Mariposa. The finals are scheduled to begin at 4 p.m.

Atwater’s Jarrett Isaacson (135) and Gilberto Solorio (223) both went 4-0 en route to titles at the San Ramon Valley Invitational. … Sutter, near Yuba City, will switch from the Northern to the Sac-Joaquin Section in 2022. The Huskies are a wrestling power and, besides adding fresh new competition, will add to the section's medal-counts at the big season-ending meets.