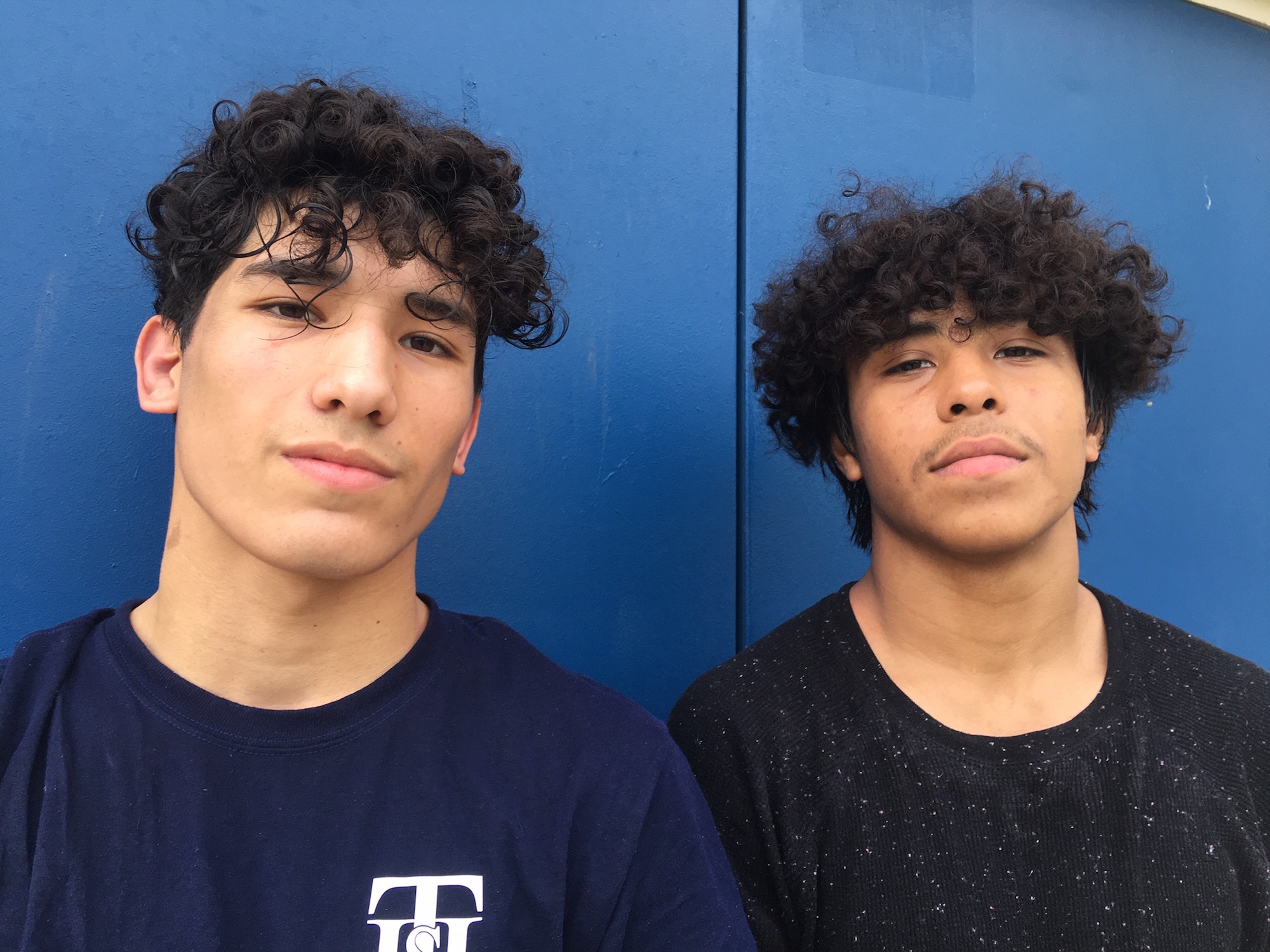 Turlock High junior Adrian Heras and Lemoore sophomore Wayne Joint have engaged on the mat since they were kids.  Their personal rivalry played out on impressive platform last weekend -- the 132-pound final of the 66th Sam Boyd California Invitational Tournament (CIT) at Morro Bay.

Heras, remembering his two losses to Joint last year, answered the best possible way – by pinning Joint in the second round for the title. Joint was ranked No. 2 in the state at the time while Heras was 10th, so the victory resonated. Heras was named the meet’s outstanding wrestler, not bad for an event that drew nearly 1,000 entries from 91 schools in California and Nevada.

His accomplishment makes him FrontRowPreps.com’s Athlete of the Week. This week’s state rankings, released by The California Wrestler, illustrated the new order. Heras is ranked No. 4, one slot better than Joint.

“My coaches told me I could beat him. I knew as well that I could,” said Heras, who is unbeaten this season. “I studied film … and didn’t try to over-think it.”

Heras, the 2019 Sac-Joaquin Section Masters champion, struggled last year against Joint. The Turlock star dropped a 12-8 decision after leading most of the match and, during the third round of the CIF State Championships at Bakersfield,  fell 6-3. Heras went 3-2 at state but was eliminated in the so-called consolation “blood round,” where winners clinch medals and losers go home. Joint eventually earned a fifth-place medal at 126.

The scenario changed at the CIT. After a scoreless first round, Joint escaped for a 1-0 lead but – after a scramble – Heras gained his revenge.

“He (Joint) shot in for a single. I felt it was a weak shot,” Heras said. “I took that to advantage and drove into him and caught him on his back.”

Heras, 6-0 at Morro Bay (four pins, a tech and a major), already has overcome a disappointment this season. He barely missed weight for the prestigious Doc Buchanan meet at Clovis, but that might turn out to be a plus.

“He’s decided that he wants to stay at 132,” Turlock coach Mike Contreras said. “He practices better when he’s not worried about his weight.”

Contreras believes Heras has a chance to become Turlock’s second straight state champion. 2019 grad Michael Jeffus went all the way at Bakersfield for the heavyweight title.

“I feel pretty good about it,” Heras said. “It’s my best year yet.”

Pitman title – The Turlock schools made a major impact at the CIT. Pitman, featuring champions Izzy Tubera (120), Kendall La Rosa (160) and Juan Mora (220), captured the team title. The Pride, which vaulted five into the finals, totaled 244 points, followed by runner-up Righetti with 208.5.

Coach Adam Vasconcellos and the Pride raised the huge CIT perpetual trophy, which includes the names of every victorious team and coach over the years. One of those names caught Vasconcellos' eye: Joey La Rosa, Kendall's father, the coach of the 1997 Hughson powerhouse team.

"It was cool to go over those names. John Azevedo (Grace Davis) was on it when he coached Calvary Chapel," Vasconcellos said. "Winning that tournament was one of the most exciting things we've done at Pitman."

Turlock, which placed fifth, also was led by William Giron who won the title at 126. Giron’s late takedown was pivotal in his 3-1 decision over Wyatt Bedrosian of Coalinga.

Pitman is ranked 10th in the state.

Notes – Pitman sophomore Lillian Frietas, a reigning state champion, is ranked second in the 144-pound class, according to national rankings released this week by USA Wrestling, Flowrestling and the National Wrestling Hall of Fame. …

Bret Harte’s Kodiak Stephens (19-5) continued his strong season by winning the 195-pound bracket of the King of the Mat at Windsor. Stephens pinned Michael Fitzsimmons of Larkspur at 3:44 for the title. The Bullfrogs standout is ranked sixth in the state at 182. … Coming up Saturday: Pitman’s annual Rumble in the Jungle (the finals could begin as early as 3 p.m.); the Gregori Invitational, the girls meet held for many years at Enochs; and the first State Dual Meet Championship, an unofficial event at Clovis North. Oakdale and Turlock will send teams.