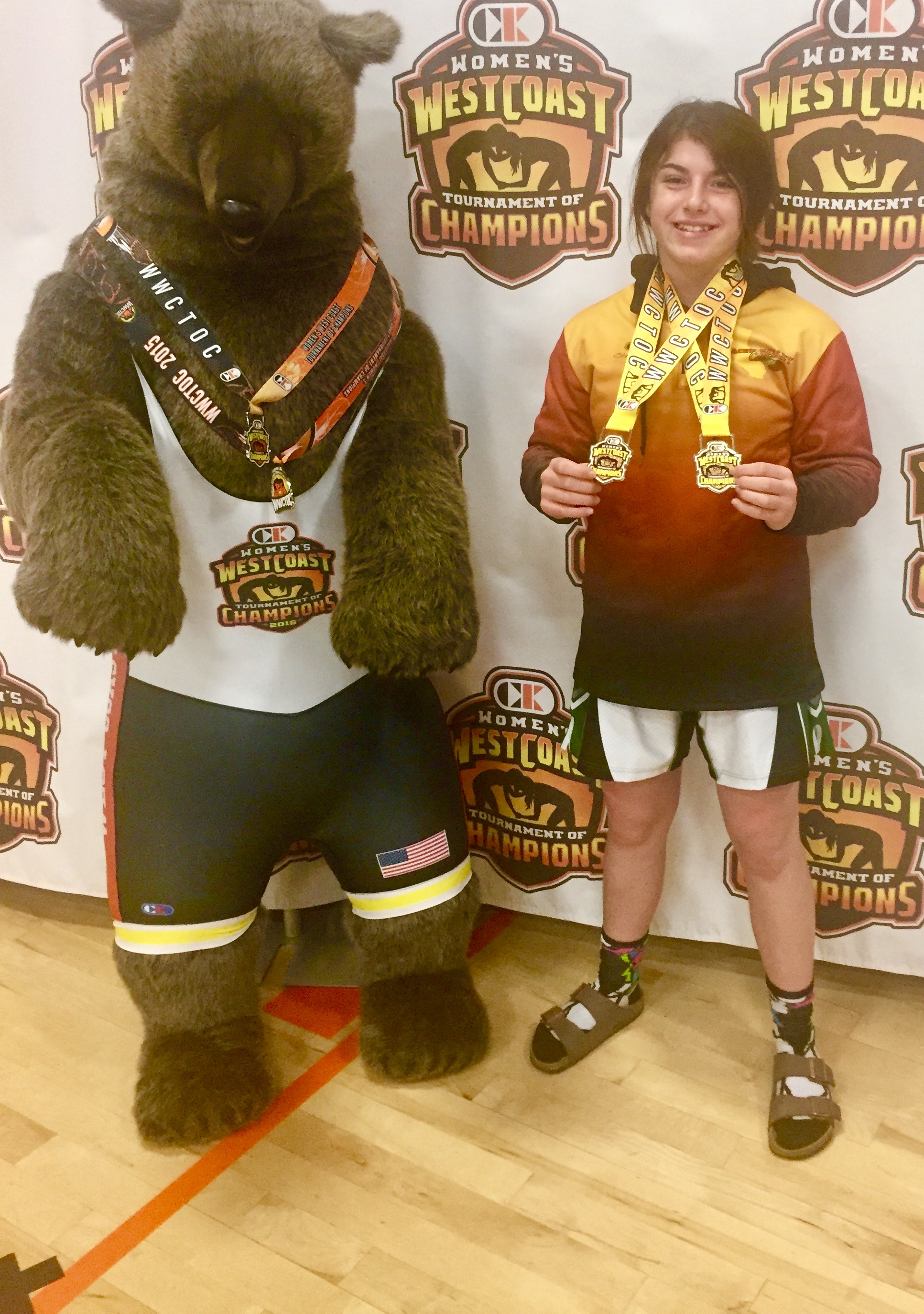 Pitman High's Lilly Freitas has won championships in Las Vegas and Reno and she went undefeated representing the USA at the PanAm Games.

'You can tell how special she is.' Pitman's Freitas ready to take baton from Coscia.

Coscia, a two-time state champion, now wrestles for Campbellsville University, an NAIA power in Kentucky.  Now that her amazing run has ended, she could be passing the baton of dominance to Freitas.

The Pitman star dominated the Reno Worlds in April (she was the meet’s outstanding wrestler) and the Freakshow in Las Vegas. She also went undefeated while representing the USA at the PanAm Games.

“Lilly goes against the guys every day and more than holds her own,” Pitman coach Adam Vasoncellos said. “You can tell how special she is.”

Oakdale sophomore Henry Porter, who placed eighth at the prestigious Walsh Iron Man meet in Ohio earlier this month, is ranked first in the state at 132 by The California Wrestler. Porter and teammate Gabe Martinez, who committed to Campbellsville, were state finalists last season.  Martinez, a senior, is ranked third in the state at 182. Also ranked third is Turlock senior Mike Jeffus (285).

League dual meets have begun in the area, but the weekend tournament scene only intensifies. The Bulldog Classic, a fixture at Turlock High for over two decades, will be held Saturday. Action begins at 9 a.m.  …Oakdale dominated the Folsom duals last weekend. After four lopsided wins, the Mustangs defeated Central of Fresno 47-33 in the finals. Michael Torres (106), Brayden Abell (113), Ricky Torres (145), Martinez and Golding all were unbeaten. … MJC freshman Daniel Cota (149) placed third and freshman Ivan Gomez (133) was seventh at the State Community College Championships earlier this month at Cerritos College in Norwalk. Finishing eighth were the Pirates’ Juan Rosales (174) and Victor Cruz (8th). MJC won nine of 13 duals this season. Fresno City claimed its third straight state team title and its record 16th overall. Greg Villoria of San Joaquin Delta (125) was named the meet’s outstanding wrestler. Sacramento City’s Bronson Harmon, an Oakdale graduate, parlayed an early takedown into a 3-2 win over Jhaylyn Hall of Santa Rosa in the 184-pound final.