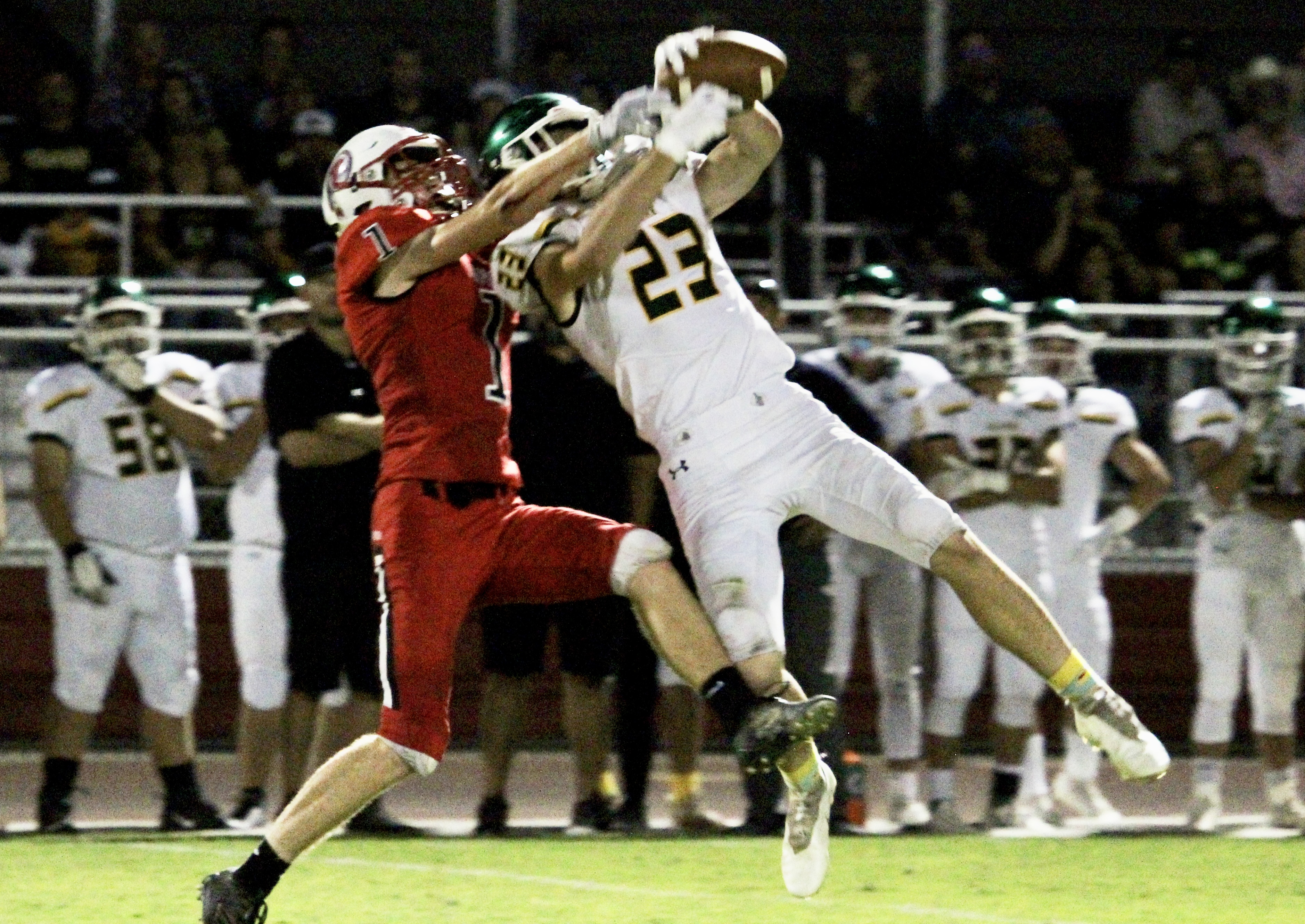 Bold of Just Bald?: Tall odds, taller grass for Ripon as it heads to No. 1 Escalon

RIPON – Chris Musseman wasn’t sure what he had.

At the time, Nolan Young was an unknown quantity, a lanky basketball player stepping onto the football field for the first time in his life. That season, Young cut his teeth with the junior varsity. Like Young, the rest of the Class of 2022 was a bit of a mystery to Musseman and his staff, a group that had struggled to find a foothold in the ever-competitive Trans-Valley League.

During the shortened COVID season, played in the spring, Ripon was 0-3 in league.

“This group, throughout their high school years, hasn’t had a ton of success,” Musseman said. “A lot of them were with us in 2019” when Ripon captured the CIF State Northern California Division 4-AA championship, “but they were sophomores and weren't a big part of the team.

“They’ve bought in, though, and worked really, really hard. I couldn’t be happier with the way they’ve come together.”

Young’s evolution as a bona fide football player is emblematic of Ripon’s rise. He took quickly to the game of football, grinded through the challenging COVID season, and returned this fall a completely different player.

In short, he’s become a difference-maker on both sides of the ball for the second-ranked Indians, who carry a six-game winning streak into tonight’s clash with Trans-Valley League rival and small-school No. 1 Escalon (7-1, 4-0). Since starting 0-2, Ripon has yielded just 57 points to its last six opponents.

In a 7-3 victory over Hilmar in their TVL opener on Sept. 24, Young and teammate Ethan Day shared FrontRowPreps.com player of the game honors. Each was instrumental on the defensive side of the ball, limiting an explosive Yellowjackets' offense to just a field goal.

While there’s never been a doubt about Day’s potential as a football player, Young has been the ace in the hole, largely because Musseman wasn’t sure he’d ever develop into a two-way impact player. Young plays wide receiver, but his versatility shines on defense. He can play outside linebacker or defensive back, depending on the matchup.

The 6-foot-4, 180-pound Young shut down Hilmar’s Derek Taylor, a 6-foot-7 three-star tight end, and he could reprise that role on Friday against Escalon’s Owen Nash.

“With Ethan Day, you knew that dude was a football player,” Musseman said. “Nolan came out his sophomore year. … He was a JV kid, a scrawny basketball kid who put in a ton of work in the weight room. He’s thickened up and he’s as tough as nails. Just super talented on both sides of the ball. “

Escalon owns an 11-6 advantage in the series in the MaxPreps era, but Ripon has won four of the last six meetings. However, it was the Cougars who escaped their springtime showdown, 10-7. That the two ancient enemies are tied atop the TVL standings is the cherry on top, Musseman said.

“It just makes it that much more fun for everyone involved,” he said. “Ripon and Escalon is always a big deal for the kids and the communities, but when you start throwing in possible league championships and the playoffs, it makes it a much more memorable event. As a coach, you want your kids to play in meaningful games and that’s what we’re doing this Friday.”

In neighboring rural towns, the games don’t get any bigger than this.

Escalon has climbed to the top of the small-school regional power rankings with an offense that blends new-age Spread concepts with its old-school wing-T. Escalon has topped 50 points in each of its last two games and is outscoring TVL foes 150-33.

“For three years, we had a fullback (Luke Anderson) we could rely on and do things with that allowed us to truly be a Wing-T team,” Escalon coach Andrew Beam said. “That guy is gone. We’ve had to figure out what this team can do well. That has looked a little more different than usual, but at the end of the day, we have to run the ball to have any kind of success.”

“I think what makes them so tough is that they aren’t moldable, they’re multiple. The defense has to cover a lot of stuff that, in the past, we wouldn’t have had to worry about,” Musseman said. “You better be dialed into both (the pass and the run), because they can do both.”