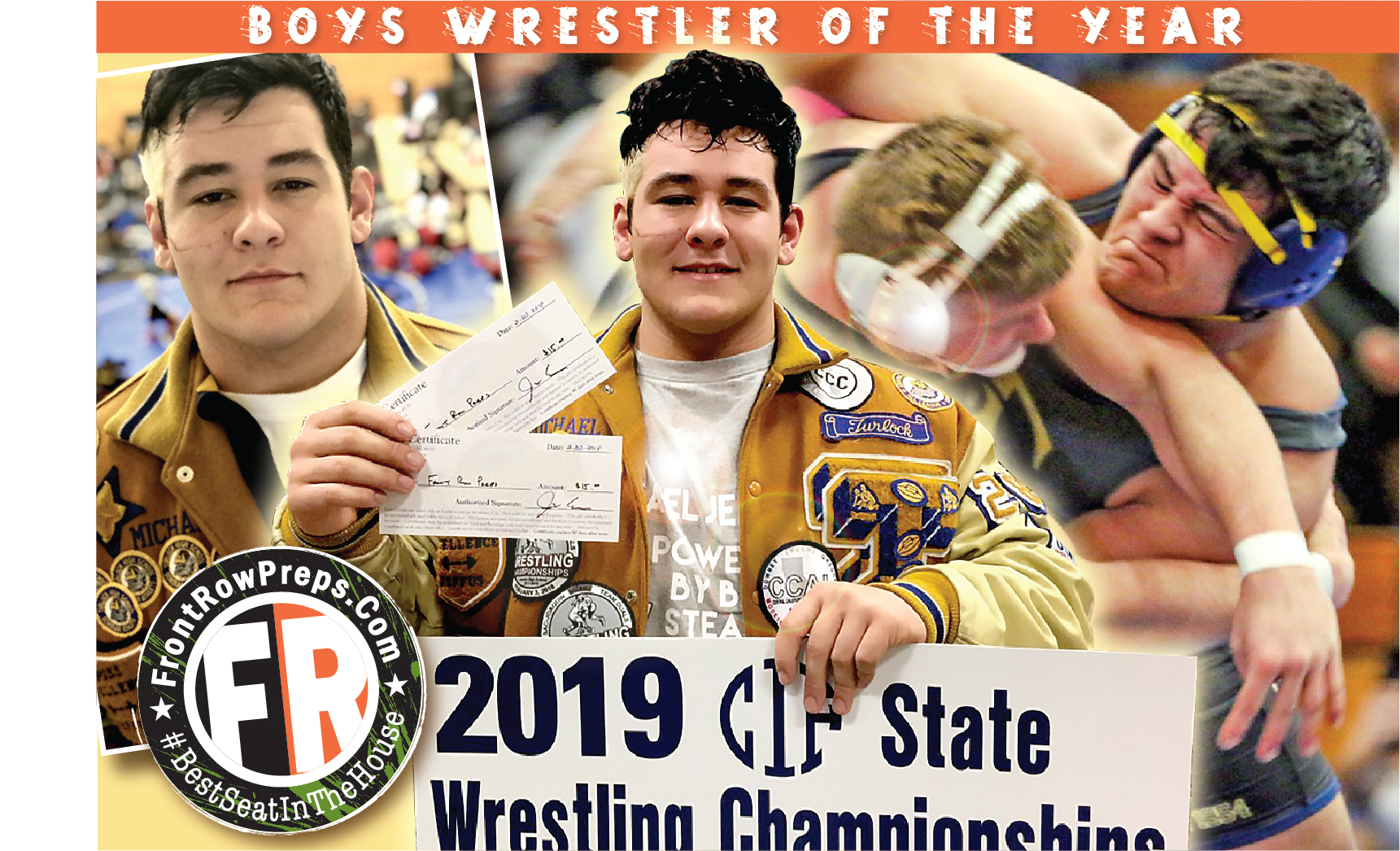 No. 1 when it counted: Turlock's Jeffus crowned boys Wrestler of the Year

For the complete All-Region boys and girls wrestling teams, click here. For the American Chevrolet Girls Wrestler of the Year, click here.

He was locked in a heavyweight tug-of-war, one that would decide the state champion, last month at the CIF State Wrestling Championships in Bakersfield. His opponent was top-seeded Nicholas Villarreal of Gilroy, ranked 14th in the nation.

One takedown often decides these battles of will. And Jeffus’ got it, leading to a 3-2 victory. With both competitors on their feet, the Turlock High senior grabbed Villarreal’s arm with both hands, one high and one low, and performed a legal trip to send him onto the mat.

“Crowd him with your hips and crack him down,” Jeffus said.

Jeffus’ title stands as a testimonial to those who persevere, through the good and the bad, toward the eventual reward.  The Bulldogs’ football/wrestling star, Turlock’s first state champion since Lewis Gonzalez in 2004 and ’05, is frontrowpreps.com’s pick as boys Wrestler of the Year.

Jeffus wears a 71-stitch scar on his right cheek, a constant reminder of his dirt-bike-into-barbed wire mishap at age 9. He missed his sophomore wrestling season due to a football-induced knee injury.

Besides, he and the rest of California’s big men fought a thankless battle for four straight years against Clovis heavyweight Seth Nevills. He graduated in 2018 as arguably the most dominant wrestler in state history.

The best Jeffus could do was a fifth in the state as a junior. He knew his best shot would come as a senior, but the same idea occurred to several Northern California heavyweights.

Jeffus (40-3) was ranked second or third in the state most of the season, but No. 1 status didn’t happen until it mattered the most. Turlock veteran coach Mike Contreras appreciated his heavyweight's good timing.

“Once he (Villarreal) felt Michael’s strength, I didn’t think he knew what hit him,” Contreras said. “Nicholas did have a bad ankle, but he also nearly took Michael down twice. I don’t think he’s ever felt the strength like Michael put on him.”

Jeffus, who won the Tim Brown in Sacramento, gained momentum through the postseason. Vista del Lago’s Justin Ramos, a season-long rival, was a constant barometer. Jeffus eventually owned a 6-4 advantage over Ramos, featuring a 3-2 decision at the Sac-Joaquin Section Masters final and a 5-2 verdict in the state semifinals.

“The one win over Justin that counted the most was at state,”Jeffus said. “That one got me into the finals.”

The title resonated up and down the section, which had not celebrated a state winner since 2015.  Better still, it showed Northern California’s heavyweight talent. Jeffus anchored a 1-2-3-4 NorCal sweep: Villarreal (38-3), Ramos in third and Del Campo’s Levi Markey in fourth.

“It was time for Turlock to have a champion,” Contreras said. “It had been too long.”

Jeffus didn’t sweat not being ranked No. 1. Sooner or later, he would make his point.

“I was kind of happy I didn’t get ranked No. 1. I could have gotten cocky,” he said. “I wasn’t sad about it. Rankings are just rankings.”

With Nevills no longer in the equation, Jeffus zeroed in on his goal. Fortunately for him, he was not struck down by another football injury. He fought through wrestling’s usual bumps and bruises, and the prize validated the campaign.

“The stars aligned,” he concluded. “I was working and lifting just as hard as before. I did some off-season work and I was ready.”